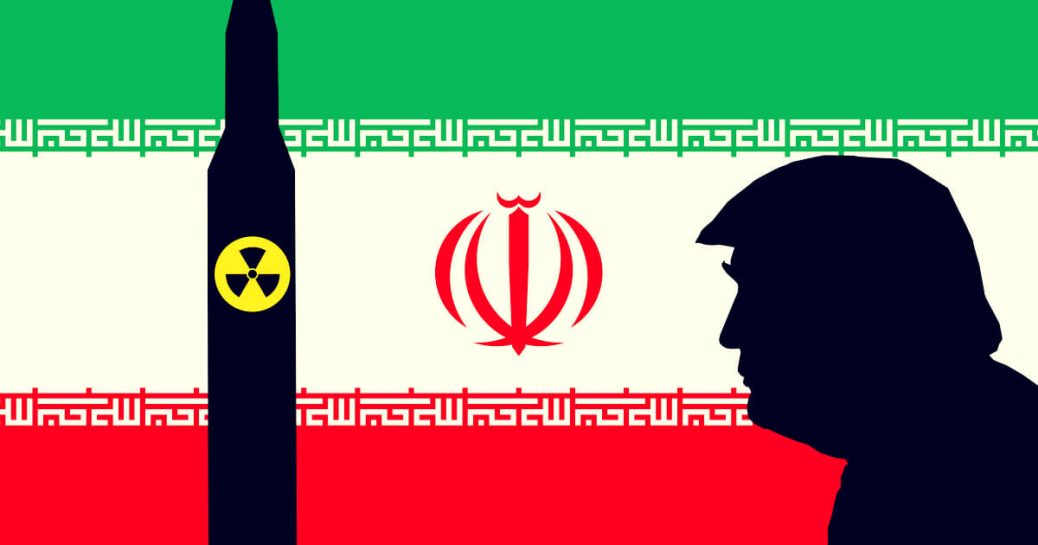 On Tuesday night, Mark Levin was speaking of the Iran Nuclear deal that was just sent to the scrap heap by president Trump. To this Levin said it was a great decision. And he added that it was also a Statesmen’s decision with an accompanying Statesmen-like speech to the American people. I agree.

However, as Mark continued, he said something I disagree with and which I thing is quite important – ultimately the most important thing to be gleaned from this whole Obama/Kerry foreign policy scam.

That is that this deal wasn’t and isn’t foreign policy. It’s not a deal, an agreement, a treaty or anything else. It was merely a wish list laid out by Obama and his anti-colonialist, anti-Semitic brothers and sisters – no different than ones crafted for Santa Claus.

But then Mark went on to say that, “Barack Obama cut a deal with this rogue regime. John Kerry negotiated it.” Unfortunately this is not accurate. I know that Mark knows this and was merely making a point, but many less erudite do not – which is why I think it important to boil this Iran “agreement” down to its essence.

The essence of the agreement between the United States and Iran is as real as are unicorns. There is no essence because there is no deal. Never was one.

In November of 2015, it was reported that, “The Obama administration has disclosed to Congress that this summer’s controversial nuclear arms agreement with Iran was never signed and is not legally binding, according to a new report this week. The State Department made the disclosures in a letter to Kansas congressman Mike Pompeo, a Republican, who had written the department to inquire why the agreement as submitted to Congress in July did not bear the signature of Iranian President Hassan Rouhani.”

Wow. Small world isn’t. The very same curious Congressman Pompeo is now Trump’s Secretary of State. What goes around, comes around I guess.

So what does this mean? Let me put it to you this way. Let’s say you want to sell your car, rather than trade it in to a dealership. Maybe it’s not worth much and you feel you can get more by selling it for more than its trade value. So you park it on your front lawn and there it sits, week after week, with not a single offer.

Finally someone shows up and says he would like to purchase your car, but can’t afford to pay for it all at once. He can give you 10% now, and pay $50.00 per week until it’s paid off. You think about for a day or so, then finally agree. A little coming in every week is better than nothing.

So you draw up a simple purchase & sale agreement stating the terms of the sale and repayment schedule. The buyer is eager to take possession of the car. You sit down, pull out a pen and sign and date the agreement. When it’s his turn, he tells you he will sign no such agreement, but still wants to drive the car home now. Whatever do you do?

Do you tell him to pound sand and hit the bricks, or allow him to drive off, leaving you with an unsigned document, with promises to do things, but in fact is not worth the paper it’s printed on?

Unless you are a moron, you choose the former and kick the guy to the curb. Without his signature, there is no agreement and therefore, he would have to abide by nothing in it.

Yet as the now non-buyer drives away in his own car, you wife turns to you and says you’ve made a big mistake by not letting him take the car.

This is what Obama and Kerry got the United States into, and the main stream press is telling Trump the same thing the seller’s wife told him. You’ve made a big mistake by not abiding by the one-sided, unsigned, un-agreed-upon, non-agreement. The stupidity boggles the mind.

By not signing the agreement, the Iranians agree to exactly nothing the Obama administration said it did. As Mark said: “They didn’t shut down any uranium pathway to nuclear weapons – they didn’t dismantle a single Iranian nuclear site – they didn’t shut or even slow down Iran’s ballistic missile development – they didn’t require Iran to stop uranium enrichment – no anytime, anywhere inspections and no requirement than Iran stop its sponsorship of global terrorism.”

And how could we? By Iran not signing the “agreement,” Obama’s masterpiece of diplomacy was in fact no more than a wish list. Maybe Barack was “hoping” the Iranians would “change.” Get it – hope and change.

For many, this may be the first time you have heard this. I’m not surprised as the main stream media would never report such a thing. But why are the Republicans not shouting this from the rooftops, that Trump’s decision was hardly momentous, considering the facts of the case. No more momentous than you ripping up the unsigned and thus worthless car sale agreement.