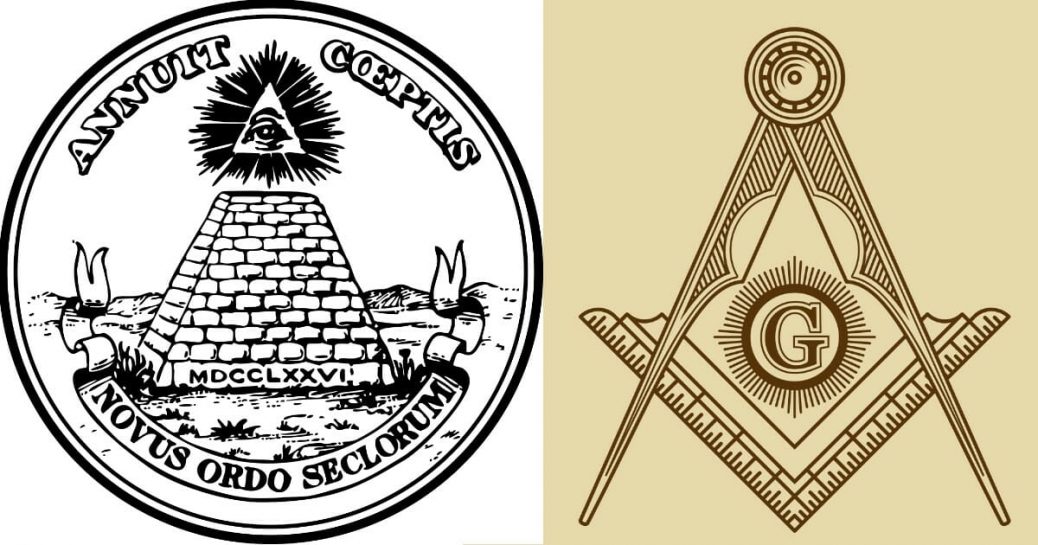 President Donald Trump’s epic proclamation on Wednesday acknowledging Jerusalem as the eternal capital of the Jewish people was a major step towards establishing the Third Temple and bringing the Messianic era, said a number of Jewish activists working to rebuild the Holy Temple.

Jesus warned, “When ye therefore shall see the abomination of desolation, spoken of by Daniel the prophet, stand in the holy place, (whoso readeth, let him understand:) Then let them which be in Judaea flee into the mountains.” The prophesied holy place is the Third Temple, where the Antichrist and Satan (the Prince of Tyrus and King of Tyrus) reign, courtesy of the occult Masonic agenda.

The emerging Temple of Solomon will not be just another UN Heritage Site. Nor will it be merely a global cultural center for the Jews. The temple Christ proclaimed permanently desolate, will be a living symbol of triumph for the Judeo-Masons and the purveyors of the Blavatsky-distributed Protocols for world government. But it will be much, much more! Consider yourself warned!

In the first century A.D. The Jewish historian, Josephus, mentioned a book ascribed to Solomon containing incantations for summoning up spirits. And the Testament of Solomon (not the same as the Key), dating from the early centuries A.D., describes how an angel was sent by God to bring the magic ring which gave him power over demons, and lists their names and functions.

Many scholars see no reason to doubt the tradition which assigns the authorship of The Key of Solomon the King to King Solomon. For among others Josephus, the Jewish historian, especially mentions the magical works attributed to that monarch. This is confirmed by many Eastern traditions, and his magical skill is frequently mentioned in the Arabian Nights.

The Key of Solomon the King is translated from seven manuscripts in the British Museum. That luxurious monarch of tenth century B.C. was renowned for his unhealthy interest in foreign women and heathen gods. Books were fathered on Solomon, reveals Richard Cavendish, because in Jewish, Christian and Muslim legend he acquired a reputation as a master magician who employed legions of evil spirits to build the Temple at Jerusalem, compelling their obedience with his magic ring.  (These Jewish, Christian and Muslim legends accrued in various centuries following the 10th century B.C.)

The process of summoning spirits illustrates the complexity of ritual magic – the preliminary prayers, fastings and preparations, through which a magician enters an abnormal plane of experience. From the occult Key of Solomon the King and the Masonic obsession with all things of Solomon, the emerging Temple will soon be filled with pentacles (diagrams) and the Key’s magical weapons, including the sickle. (Now we see what the Bolsheviks intentioned with the hammer and sickle!)

The fountainhead and storehouse of Qabbalistical magic, the Key is valued by occult writers as a work of the “highest authority.” The Qabbala also has numerous references in Masonic literature. Hebrew occultist Eliphaz Levi has taken the Key for the model on which his Dogme et Rituel de la Haute Magie is based. A fragment of the ancient Hebrew manuscript of the Key of Solomon is translated and published in Philosophie Occulte. An Invocation called the Qabalistical Invocation of Solomon is constructed on the scheme of the Sephiroth.

The shocking relevance for today, of The Key of Solomon the King, is in the deception of its “Holy Pentacles.” By these pentacles the demonic spirits are invoked and become obedient. Listen. Does anyone today have the wisdom of Solomon to make these demons obedient, after they are invoked? Several pentacles (diagrams) exist for each of the occult uses of sun, moon, and the planets.

As time permits, let us give as an example The First Pentacle of Mercury. “It serveth to invoke the Spirits who are under the Firmament.” Demons. In this pentacle (diagram) are Hebrew letters which form the names of the spirits Yekahel and Agiel. Nearly all of the occult “Holy Pentacles” have Hebrew lettering. For centuries, the goal of Judeo-Masonry has been to not merely raise the Temple of Solomon, but to activate this Qabbalah magic which is rife throughout Masonic references.

January, 2014, Israel became the 21st member state of CERN, the Geneva, Switzerland-based collaboration that runs underground particle accelerators such as the Large Hadron Collider. The effects of CERN to create portals – wreaking havoc on the environment while releasing long pent up demonic entities revealed in the Book of Enoch – is necessary for the appearance of Antichrist. In the Bible, Enoch is in the New Testament Book of Jude verses 14-15. Lines from the Book of Enoch are found both in the Book of Daniel and in Revelation.

With the cutting-edge technology of CERN and the ancient magic of the pentacles in The Key of Solomon the King – active over and in the Temple – long pent-up demons will emerge to serve the Antichrist in the Temple. Israeli-complicit CERN portal attempts over Mount Carmel and the Temple – indeed, over the 87 Masonic lodges in Israel supporting the Temple of Solomon – will be gateway portals for demonic spirits such as the pentacle-invoked Yekahel and Agiel, as well as those listed by the Enoch mentioned in the New Testament Book of Jude.

During the Great Tribulation, the number of angels and demons will be multiplied massively. Powerful demons which have been incarcerated in the pit, imprisoned, will soon be unleashed through the efforts of Jordanian-directed CERN and the practitioners of Qabbalistic magic.