How Trump Can Re-Build the Economy Obama Has Destroyed 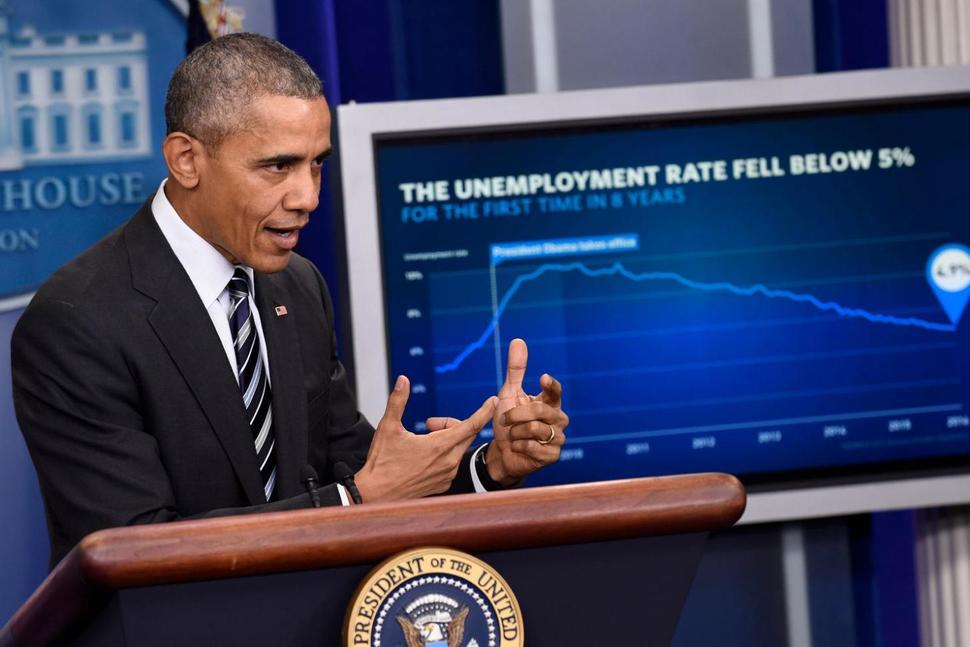 As president, Barack Obama managed to turn our culture from one of pride and responsibility into one of government dominance and citizen dependence. With a few of his signature moves, he encouraged acceptance and addiction to government control.

It’s true, very true, that there are jobs of labor that Americans refuse to do. Why should they submit themselves to exertion when they can sit at home and have money deposited into their bank accounts or their EBT card replenished each month?

Why work when it takes up your free time and demands that you be somewhere at a specific time, for a designated period and perform a defined task? Transportation becomes a problem if you have to report to an employer. Public transportation is often slow and indirect. Gasoline, maintenance and insurance is costly for a personal auto. Walking or biking is out of the question because the employee is often spent by the time they get coffee in the break room before beginning a work shift.

Americans are trained for a mediocre existence, not for productive and rewarding work. Flipping burgers, making up hotel beds, sweeping floors, picking grapes and oranges are all time and labor intensive tasks that are now beneath the dignity of Americans. These tasks and others of like ilk are rapidly becoming beneath the dignity of immigrants too, legal and illegal alike, thanks to the generosity of our government.

When sending money to support family members abroad, it is necessary to take advantage of all income avenues and streams. If that means using a stolen social security number to obtain stipends and benefits from the government while cleaning houses, mowing lawns or hauling trash for homeowners without reporting the income, so be it. The dual income model also works for citizens, just not as often because most of the “under the table” jobs are those Americans won’t do.

These habits and ethics are promulgated by liberals and, in particular progressive liberals such as HRC and Marxists like BHO. They are necessary to develop and build upon a socialist structure of government dependence. They promote voluntary enslavement to the ignorant, indolent and slovenly.

Turn now to a culture where everybody works for what they receive; a society that requires recipients of taxpayer funds to partake of meaningful toil in order to justify the benevolence bestowed upon them. Rather than sitting at home (in section 8 supplemented housing) awaiting the next cash infusion, why not make it mandatory that the recipients pick a head of lettuce or clean a motel.  How about removing graffiti from walls and bridges or picking up roadside trash?

“Encouraged employment” worked when President Bill Clinton reluctantly signed the Personal Responsibility and Work Opportunity Reconciliation Act of 1996 (PRWORA). Colloquially known as the Welfare-to-Work Act, it passed the House with 256 ayes (226 Republican) and 170 noes (165 Democrat). The bill also passed the Senate with a 73(R) and 1(D) approving with 24(D) rejecting. Most surprisingly, Chris Dodd was the sole Democrat to approve the measure. President Clinton now claims credit for the success of this measure.

The Welfare-to-work program, thanks to the warmhearted Democrats, is now so diluted and polluted that it is no longer a viable program, thus opening opportunities for illegal workers and unreported income. A re-institution of the program with some minor modifications would benefit Welfare recipients, the economy and the country greatly.

Depending on the state of residence, a family of four can receive as much as $46,000 in combined stipend and related benefits. (The actual cost to taxpayers, for this inefficient government interference assistance exceeds $120,000 per recipient.) For equivalence, a working family paying payroll and income taxes, would have to earn approximately $57,500 That works out to about $27.65 per hour for full time (40 hr/wk) employment. According to the New York Times, the median family income in 2015 was only $56,500 (about $27.15 per hour, 40 hours per week). Therefore, it is advantageous for a person of limited education, skills or desire not to seek employment and simply live off the generosity of the government and contributing taxpayers.

A program that would supplement wages for entitlement awardees rather than handing them cash and perks is one possibility to end, or at least moderate, the viscous cycle. Perhaps a tax break to the employer or even a reimbursement for a portion of wages may be in order. Granted, it might be difficult to incentivize employers with this carrot given that a family of four on Welfare receives about 102% of the median worker income for the same family size. But it would definitely reduce the federal and state financial burden for low-income families.

Of course, this would mandate that each benefit grantee (unless legitimately 100% disabled) seek and obtain employment – at any level available. Social welfare case workers and “job developers” currently employed by the taxpaying few, would also be expected to do outreach in local communities rather than spending the workday playing solitaire on their our computers or texting friends and family.

Help Wanted signs appearing in a particular area would warrant investigation, program explanation and contractual offering to hire the most job needy and capable. Though no obligation to hire benefit recipients would be required of any business, mutual gain for employee and employer should cause enough interest to invest in the program. Example: If a business hires Jane or John for an open entry position and pays them minimum wage +25%, the program reimburses the employer 40% of the total wage paid.

To present an example, some assumptions are required. For this demonstration let us consider:

By reimbursing the employer at a rate of 40% of the new hourly wage ($11.88 x .40 = $4.75), the business now has an employee at an hourly cost of $7.13 (not $9.50) plus the burden of $2.73 or $9.86. The employee receives $2.38 per hour above minimum wage for a starting position and the employer saves $1.83 per hour per employee. Both entities contribute to the federal tax revenue whereas only the employer does now with the Welfare recipient drawing from it.

The savings realized by the employer could then be awarded to the most productive employees.

Based on the $46,000 annual figure, under this program the taxpayers’ burden is reduced by $36,120 annually and the participant regains his or her self respect. This is not intended to make a person now on Welfare wealthy. It is not meant to compete with the median income of the U.S. It would simply offer a hand up rather than a hand out. It would also offer the opportunity for someone to increase their own income by demonstrating their worthiness before the lower level jobs are overtaken by electronics and robotics.

The suggested program will track participants for a period of 180 days. This 180 day term allows the participant sufficient opportunity to become familiar with the job and expectations. It allows the employer to evaluate the participant and determine whether or not to continue his or her employment.

An option available to the employer to terminate employment of the participant, for cause, at any time within the 180 day period is always open and would provide feedback to the program case workers and administrators regarding the individual participants. After three terminations by different employers within the 180 day term, eligibility for Welfare or program participation is revoked. (This will keep players from gaming the system and frustrating employers.)

The model identified above is nothing new or innovative. It has been used in numerous situations by non-profit organizations (NPO) for decades. What might be considered new would be direct state or federal involvement through established Employment Development Departments.

Is this the perfect solution to jobs and Welfare? Nah, it’s just a hell of a lot better than paying people to waste their time sitting at home and collecting benefits as is being done now.