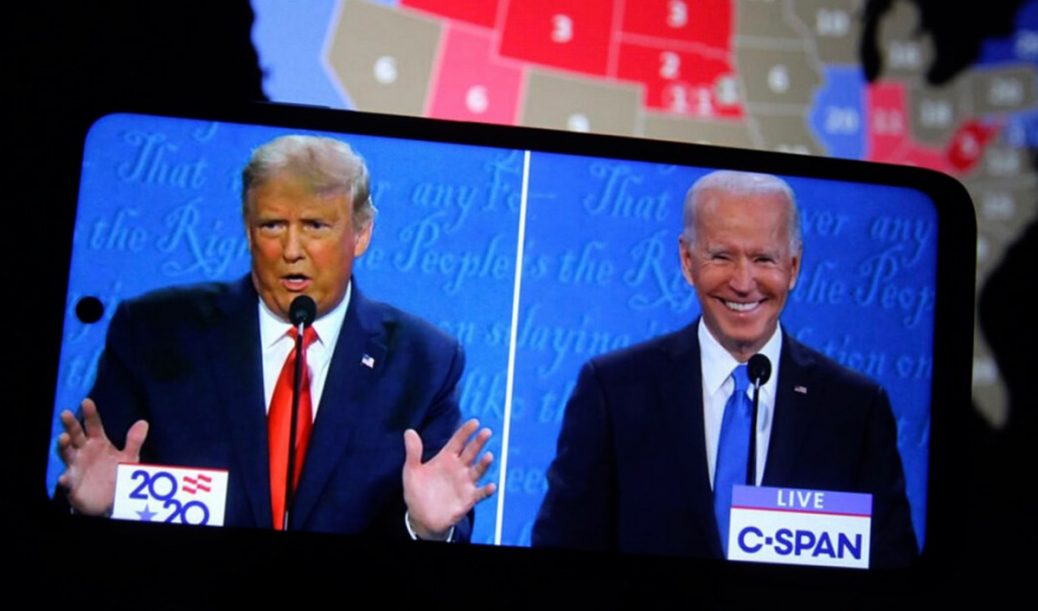 The latest polling has found that Donald Trump would trounce Joe Biden if the 2024 election for president was held today.

Most alarming for Biden is the fact that four out of five respondents (83 percent) say that they are enduring “some hardships” to their wallet today.

But respondents also said they think better of Trump right now than they do Biden.

Most voters (59%) say they view former President Trump favorably while less than half of voters (47%), view Biden favorably.

Trump beat Biden 45% to 42% in a hypothetical 2024 presidential election, according to the poll.

“Biden struggles among Independent voters: just 28% approve of the job he is doing while 64% disapprove. When looking at the Midterm generic congressional ballot, Independents break 28% for Democrats, 42% with Republicans, and 31% are undecided,” Emerson College Poll Executive Director Spencer Kimball said.

Kimball also stressed the regional and educational breakdown for support of Trump and Biden.

“Notable demographic differences include region and education. Trump leads Biden among both suburban voters, 47% to 38%, and rural voters, 59% to 35%, while Biden holds 54% to 30% support among urban and city voters. Regarding education, Trump leads among those without a college degree, 51% to 33%, while Biden leads among those with a college degree or more 52% to 37%,” he observed.

These numbers are all very bad for the Democrats who are trying to win elections which only eight months off.