Trump and Bannon Bury the Hatchet? 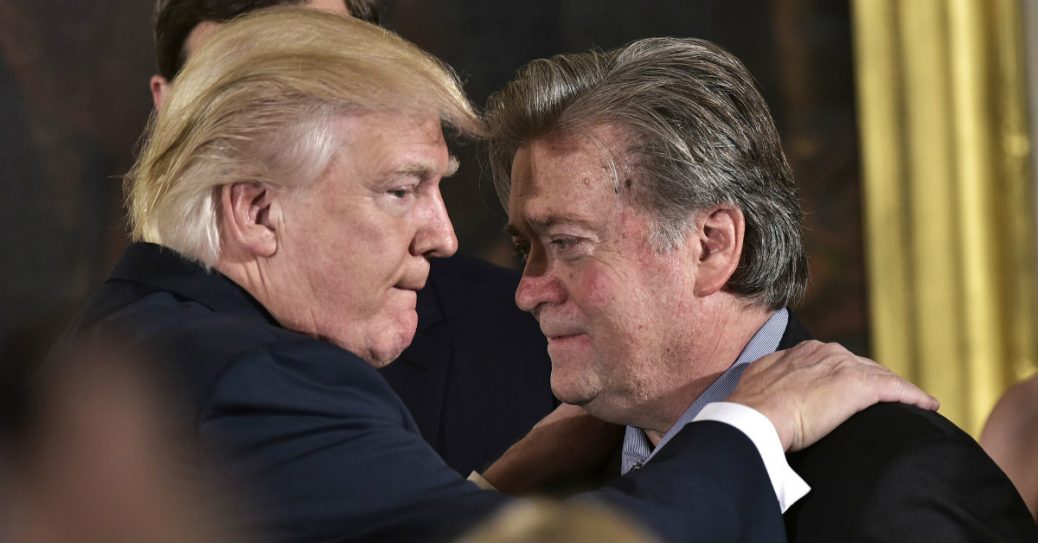 After several days of ugly quotes about the Trump administration, Steve Bannon has finally woken up and is now begging for forgiveness.

His most recent comments make him seem quite apologetic.

Here’s what he said on SiriusXM’s Breitbart News Tonight:

The President of the United States is a great man. You know I support him day in and day out, whether going through the country giving the Trump Miracle speech or on the show or on the website, so I don’t you have to worry about that. But I appreciate the kind words.

The President caught wind of Bannon’s comments and decided to forgive his former employee.

“He called me a great man last night, so, you know, he obviously changed his tune pretty quick,” the President told the media on Thursday.

"He called me a great man last night, so, you know, he obviously changed his tune pretty quick."

Have the two men ironed out their differences?

Is the war over?

For the good of the GOP, we sure hope so.