Truly I Tell You 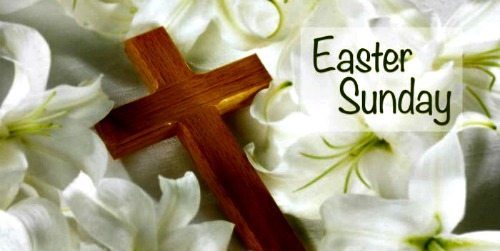 When we use the words, “I am a Christian”, are you truly a Christian? Search your soul, touch the word of God, taste the pureness of the words. These words shall set your burdens, your hatred, bigotry, and ignorance free, and bring you to a place that God has planned for you. Let us become Disciples in Christ and the Word. Let the Body of Christ fill you with love, kindness, and understanding. America yearns for this, and in the last century have lost the zeal to become whole in their gatherings in the name of God. On Friday, Christians honored Good Friday and Sunday Easter, but let us never forget the teachings of Christ, our Savior, Our God, and the Word.

40 “The King will reply, ‘Truly I tell you, whatever you did for one of the least of these brothers and sisters of mine, you did for me.’

44 “They also will answer, ‘Lord, when did we see you hungry or thirsty or a stranger or needing clothes or sick or in prison, and did not help you?’

Christ and the Word shall penetrate your heart when you are truly the disciple of your Father. There will be no more bigotry of those who are different, no more hatred of those who pray to their God, and no more anguish on the streets and byways of America, but first, we must accept truth over convenience.

We watch those who profess to be Christian, but that in itself is sacrilegious, for you truly are not exactly like Christ in your actions and are not perfection in flesh. You are a child, a student in learning how to live a more pure and loving life for all whom you come in contact with, from the homeless to the disabled Veteran, the malnourished child, then crippled elderly. If you slander, are envious of your neighbor, harm the temple of God, if you judge, hate because of the color of a person’s skin, race, religion, sexual orientation, homeland, gender, political affiliation, or other difference from you, then you are not Christ-like and are not pleasing God, the Word, or the Word that became Flesh, Christ.

We watch judgemental people daily lying about others, creating hatred amongst people due to race, religion, gender, sexual orientation, or homeland, and lust after another’s belongings, are gluttonous in money and food, desire the young, and for 27% of America that accepts that as perfectly fine, while professing to be Christian. Really? I would love to hear how you can commute those two together.

We have a hate-filled President who hates people of certain groups from the poor to the elderly, to different races and uses rhetoric to drum up violence, ignorance, and hatred. We have a Senate who does nothing to stop the ever-growing gluttony of this President who desires to become a King and pass the rein of hatred to his children.

With words of hatred, they surround me; they attack me without cause.

They repay me evil for good, and hatred for my friendship.

Hatred stirs up conflict, but love covers over all wrongs.

Whoever conceals hatred with lying lips and spreads slander is a fool.

Better a small serving of vegetables with love than a fattened calf with hatred.

Thus saith the Lord God; Because the Philistines have dealt by revenge, and have taken vengeance with a despiteful heart, to destroy it for the old hatred;

The above scriptures tell of those who have hatred in their hearts and how God, The Word, and The word that became Flesh in Christ. Let those words burn strongly upon your soul and bring you to a better place, and help those who spend their hours creating lies, hatred, and bigotry to become meek, and earnestly turn their life to Christ and change their ways through true Discipleship.

It is unholy, blasphemous, and sacrilegious to state that Donald Trump is the Savior for anything let alone America or the world. God teaches that it is the irreverent heathen that breathes those words. Donald Trump stands mightily in the light of Satan, and one need not look hard to see that. God teaches his children to love the sinner, but hate the sin. That in no way gives carte blanc to accept that sin as approved by God. One who lives as a Disciple of Christ needs to need to understand God’s Truth.

Love the sinner, hate the sin has meant different things to different generations. Sometimes, it’s been used as an excuse to essentially ostracize people we view as “sinners” from the Church. But I often see our generation leaning too far the other direction: most of us take the phrase to mean, “Accept the sinner and their sinful behaviors, and just secretly hate the sin.”

The truth is, love and acceptance are not the same things. The even bigger truth is that love is messy and hard, while acceptance is clean and easy. Love says, “Your actions are hurting you. And because I love you, I am going to hold you accountable.”

The alternative would be allowing your friends or others to continue to participate in behavior that is harmful to them and their salvation. I think we often forget the reality of Romans 6:23, which says that the consequence of sin is death! Don’t just take the easy way out by condoning the continuation of sin, but rather, speak the truth in love and character and see real change and growth happen.

For America to be once again blessed by God, it must first cast out the acceptance of sin as ordinary and acceptable. Let us not conflate love as sin, while lust is acceptable. Let us comprehend that love is pure and God’s wish for all his children, while lust is built upon gluttony and uncontrolled sexual desires. Donald Trump has never shown America love, but has lusted over power and control!!

Easter Sunday is the day of Jesus Christ’s resurrection, which is written in the New Testament of the Christian bible. According to the Gospel of John in the New Testament, Mary Magdalene came to the tomb where Jesus was buried and found it empty. An angel told her that Jesus had risen. Let each American open their hearts and allow God’s Words to embed themselves within the hearts of the bigoted, hate-filled, and racist Americans, and may this be a time that knocks liars, perverts, lustful thoughts, and criminals to their knees and causes them to weep in the sin they have practiced.

May the Removal of Donald J Trump bring about Blessings from God, the Word, and The word that became Flesh, Christ. Amen.