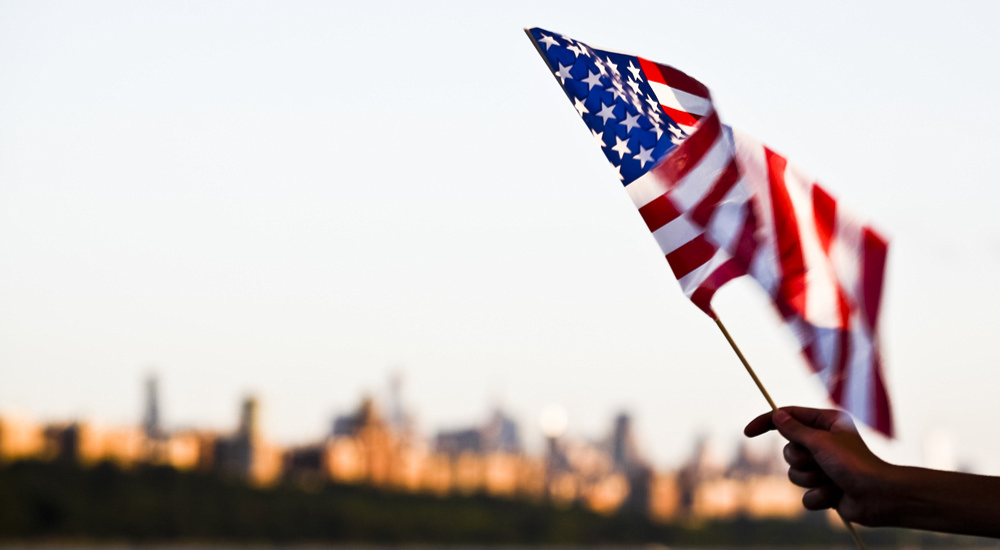 Is anyone surprised that, during all of the yakety-yak about Colin Kaepernick’s sitting out the national anthem, no one expressed any concern whatsoever about God’s thoughts on this issue? There was not one mention, in the major news media, of Exodus 17:15, where Moses said, “Yahweh is my banner.” No reference was made to Deuteronomy 4:28’s description of “…gods…which neither see, nor hear, nor eat, nor smell.” Not one reference was made to God’s sentiments in regard to the “rocket’s red glare, the bombs bursting in air” expressed in 1 Kings 12:24, where He said, “Ye shall not go up, nor fight against your brethren, the children of Israel.” Not one reference was made to Shadrach’s, Meshach’s and Abednego’s refusal to pay homage to a national symbol when the music began. Not one person speculated about Jesus’ opinion of Peter’s pledge of allegiance.

So let’s keep on fighting, and celebrating the sacrifices that were made, for Old Glory, while we keep on ignoring what Jesus (the Flag of Exodus 17:15) said (in John 18:36) about how enthusiastic His people are about fighting for Him: “If my kingdom were of this world, then would my servants fight…” Let’s keep ignoring the fatherly roots of the word “patriotism” while we remain loyal to any collective notion that is contrary to those of our Heavenly Father. Let’s keep reciting the pledge that was written by the Fabian Socialist Francis Bellamy. Who cares what God thinks?

How do I feel when I see the American flag? I feel that idolatry is alive and well. Patriotism means loyalty to one’s Father. It’s another word we have allowed the idolaters to steal from us. I get patriotic about the Flag of Exodus 17: 15, where Moses said, “Yahweh is my banner.” Here are some questions I have concerning the worship of any other flag:
1) Do you acknowledge, according to the definition of the word, that “desecration” can occur only to something that is sacred?
2) Do you acknowledge, according to the definition of the word, that “sacred” means “of a deity”?
3) Do you believe that, since the word “desecration” is used to describe the destruction of Old Glory, that Old Glory is indeed sacred, and if so, of which deity is Old Glory?
4) Does America have a national (G,g)od?
5) Do you believe that there exist “gods…which neither see, nor hear, nor eat, nor smell,” according to Deuteronomy 4: 28?
6) Do you acknowledge that the word “worship” is accurately described as “acts, expressions and/or a state of religious devotion typically directed to one or more deities?
7) Can you show me, according to the definitions of “desecration,” “sacred,” and “worship,” where Old Glory is not an object of worship?
8) When you see the presentation of colors–Old Glory alongside the military flags–do you ever think of the “god of forces” of Daniel 11: 38?
9) What do you think Jesus thought about Peter’s pledge of allegiance in Matthew 26: 33: “Though all [men] shall be offended because of thee, [yet] will I never be offended.”?
10) What are you going to say if the first question God asks you on Judgment Day is: Did you ever disobey my First Commandment?
11) What did Shadrach, Meshach and Abednego (see Daniel 3) think about paying homage to a national symbol when the music began?
12) And last, but not least, what do you think of Psalms 33: 12, “Blessed is the nation whose God is the Lord”?