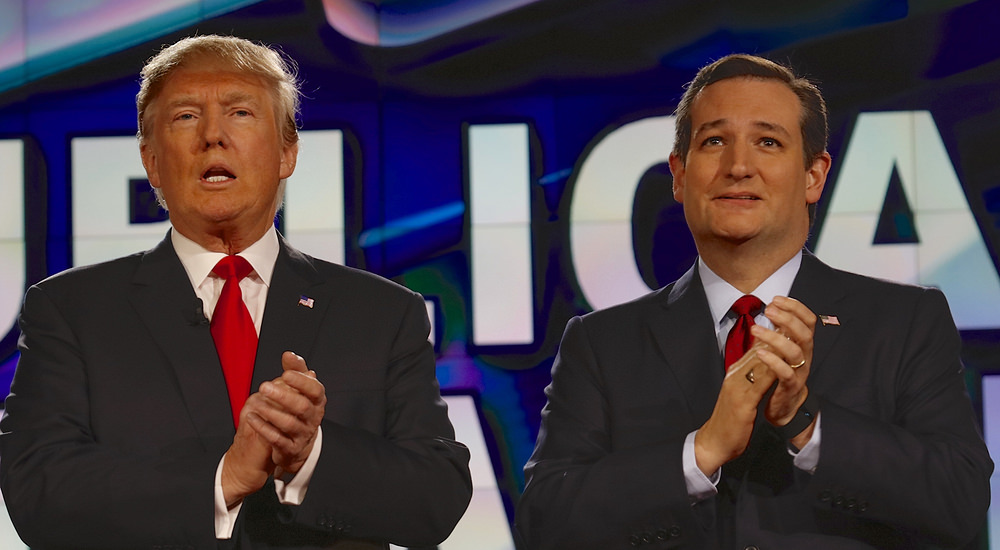 On Thursday, Ted Cruz met with Donald Trump in the first sit-down between the once rivals turned reluctant bed-fellows. While undoubtedly the duo didn’t exchange Christmas gifts, Cruz said “We had a positive and productive meeting”. Positive and productive. Huh. Interesting words from Donald’s one-time rival who called the Republican nominee for President a “pathological liar”, a “narcissist”, and a “serial philanderer”. Trump wasn’t exactly flattering in his interactions with “Lying Ted” – the sophomoric insults thrown back-and-forth throughout the 2016 nomination process are well-chronicled and don’t need to be re-hashed here.

What is worth briefly noting is Ted’s agreement to speak at the RNC in two weeks in support of Donald Trump’s run for the White House. Presumably Cruz’s agreement to speak at the RNC is preceding his official endorsement by a week or so as the conservative, one-time darling of the Tea Party keeps himself in the political spotlight for a few more days and vies for the political power to select whatever seat at the table he prefers in a Trump presidency. As of this writing, Cruz has resisted the official endorsement but “has not ruled it out”. If you want to make a few bucks bet the official Trump/Cruz picture, with both holding hands with a “Make America Great Again” sign in the background , is less than a week away.

The larger question this Odd Couple raises is where are the true ideological conservatives who refuse to compromise their principles? Or is political ideology dead and the lesser-of-two-evils the best we can hope for in American politics?  Is Donald more conservative than he has seemed? Are both political charlatans playing the same pragmatic game the rest of the politicians of 2016 always seem to be playing?  Each of these questions deserve their own examination in another time and space.

The only remaining question for now is where do you stand? Will you join Ted, the once de-facto leader of #nevertrump, and support Donald as he runs for President against the Liberal machine? Or will you make an ideological stand, refuse to follow Cruz’s lead, even if it means you fall like a tree in the forest?