It seems that since the inception of social media, the smallest weakest voices are now just as loudly as the loud, belligerent voices which are in the majority.

Even in the print industry throughout most of the 19th and 20th century this has been true, but for a different reason. When it comes to selling newspapers, the mainstream media is always focused on the loudest voices because their voices tend to sell the most papers [and airtime for the cable and network MSM outlets].

Trending: A Funny Thing Happened at the Pipeline Protest

Most likely the number is deceptive and is higher (but not too much) because of the back lash and discrimination that the transgender community believes they will encounter. Even if the number is doubled, 1.2% is still quite the minority.

This week, President Donald Trump shook the transgender community by tweeting that transgender individuals would be barred from serving “in any capacity” in the U.S. military. According to a RAND Corp study in 2016, there are an “estimated” 2,000 to 5,000 transgender solders serving in the military.

Even if the estimate is correct, which at times is estimated as high as 15,000 they are still a minority and they still have a loud voice that the MSM is clinging to.

During President Obama’s eight years in office, he has systematically worked to weaken the United States by way of weakening the military. That he did by allowing the traditionally “banned” group, the transgendered to openly serve.

Dr. Ryan T. Anderson, author of the forthcoming book When Harry Became Sally: Responding to the Transgender Moment, Obama’s use of the military was “to advance the latest social justice culture warrior agenda item,” and was “seeking to mainstream transgender identities” along with promoting “controversial therapies for gender dysphoria.”

According to unconfirmed, anonymous sources there are reasons to believe that the push originally was to allow the transgendered to serve in the military so the military could pay for their therapy for transitioning to their desired sex.

Transitioning isn’t cheap, it is estimated that the Pentagon will spend about $8 million per year on medical care for its transgender population. Transitioning includes hormone therapy, cross-sex hormone therapy, and psychological therapy along with a whole host of drugs. There are also the cost of hair removal, hair implants, and cosmetic surgery to take into consideration. Hormone therapy can cause a person to experience massive mood-swings which wouldn’t be an asset on the battlefield.

Declaring that the transgendered are being banned from service is nothing but another play from the liberal’s playbook on discrediting Trump’s presidency. Using the term “ban” gives the impression that transgendered have always been welcomed into the military. This is far from the truth.

Throughout the history of America and I will also say the history of all if not most countries, the transgendered have never been allowed to openly serve. The military isn’t an Equal Opportunity Employer either, unlike other businesses (which they aren’t) they can hire whomever they feel will best fit the military’s mission: War. Having said this, they cannot “hire” a person for many reasons such as flat feet, high arches, insomnia, ulcers, genital herpes, heart arrhythmia, anosmia, dyslexia, anorexia, agoraphobia, hypochondria, self-mutilation, and suicidal behavior.

And what about those in the transgender community who are genderqueer (GQ)? Genderqueer, or non-binary (NB) are those individuals who are not exclusively masculine or feminine‍—‌identities which are thus outside of the gender binary and cisnormativity. Genderqueer people may express a combination of masculinity and femininity, or neither, in their gender expression.

How do these people fit into an organization which is all about uniformity? What uniform will they wear? Male or female? And haircuts? One day they identify as a male and the next, a female.

Secondly, when a person is deployed they must bring with them enough of their medication in order to last throughout their deployment (and they are advised to bring extra because a nine month deployment can actually turn into a longer one). I know this for a fact because I deployed as a type-II diabetic and had to bring enough meds to complete my deployment and it was advised to bring double.

According to the same 2016 Rand Corp. study I referenced earlier which was sponsored by the Department of Defense, estimates that “between 30 and 140 service people might start hormone treatments each year, and between 25 and 130 transition related surgeries would occur, at a total cost of between $2.4 million and $8.4 million.” The study continues by stating that between 10 and 130 active members could have “reduced deployability” as a result of gender-transition related treatment, a number it described as “negligible.”

One would think that the bigger issue towards the transgender community (as well as the rest of the LGBTQI community) would be the punishment for being a transgendered person in some countries which claim to be our ally: Death!

But as usual, the liberals and the MSM have it backwards.

Dr. Anderson continues about Obama’s policy change, he said Obama “ignored the reality that placing individuals who might be at increased risk for suicide or other psychological injury in the most stressful situation imaginable—the battlefield—is reckless.”

You can check out more of my posts at iPatriot, Eagle Rising, or my Facebook page. 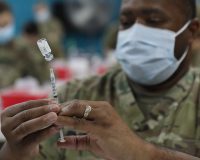