Transgender College Cheerleader Thrown Out of Camp After Choking Classmate 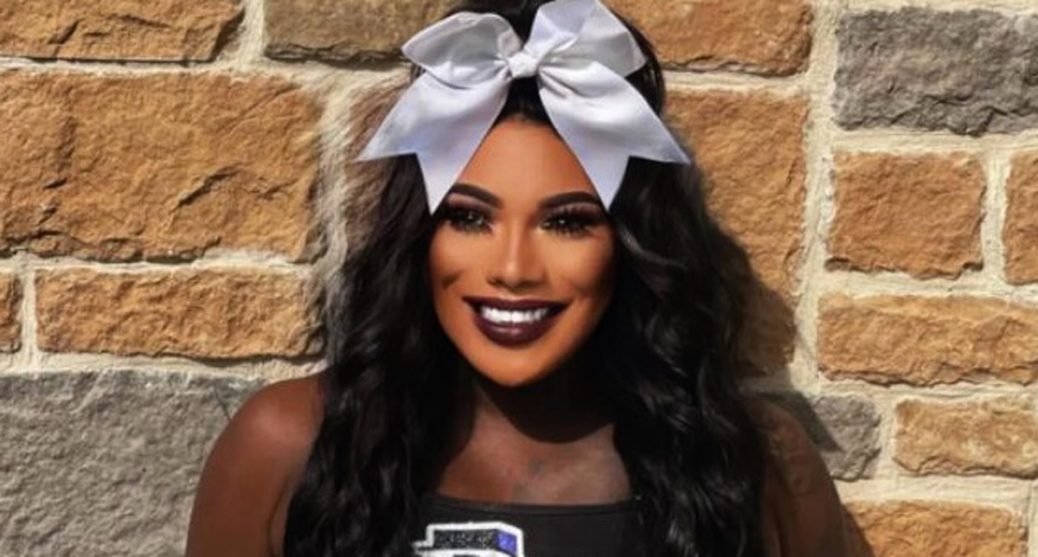 A transgender cheerleader was kicked out of summer cheer camp at Ranger College in Texas after being accused of choking a teammate over “transphobic” words.

The police were called after Averie Chanel Medlock, a 25-year-old biological male who claims to be a transgender woman, allegedly physically attacked a female cheerleader after he claimed the girl called him a transphobic name.

“Well guys I’m officially retired as a cheerleader as of last night at 5:30 AM. A girl on the team was being very disrespectful and told me I am a MAN with a PENIS and that [guys] should not be on the team,” Medlock wrote in a Facebook post. “I stood up for myself and she called her mom and dad because she was scared because I [stood] up for myself. Her father said ‘she still has testosterone and a penis and I will kill anyone who comes after my daughter.'”

Police responded to the cheer camp at Ranger College in the central Texas town of Ranger, after one of the participants claimed that Medlock attacked her, according to the New York Post.

The cheerleader who reported being attacked said that she and some of her friends barricaded themselves in a room to stay safe from the trans cheerleader.

The father who called the police fully denied attacking Medlock’s gender or race.

“I ask you what you would have done when receiving a phone call at 1 o’clock in the morning from your daughter stating they had locked themselves in the room with other girls,” the father, Mike Jones, said on Facebook. “At no time did I ever say anything about your race or your gender.”

Jones is also calling for the police to release campus surveillance video as well as the officers’ bodycam footage.

Medlock told the police that the choking act was just a joke and not a serious attack. But the police issued a citation for assault and removed the transgender student from the campus.

The trans student also insisted that the while incident was instigated by a fellow cheerleader named Karleigh, according to KTAB.

The college later issued a statement, saying, “Ranger College takes all allegations of this nature seriously and is committed to providing a learning environment free from discrimination. At this time, Ranger College is following all applicable Title IX regulations and Board Policies.”