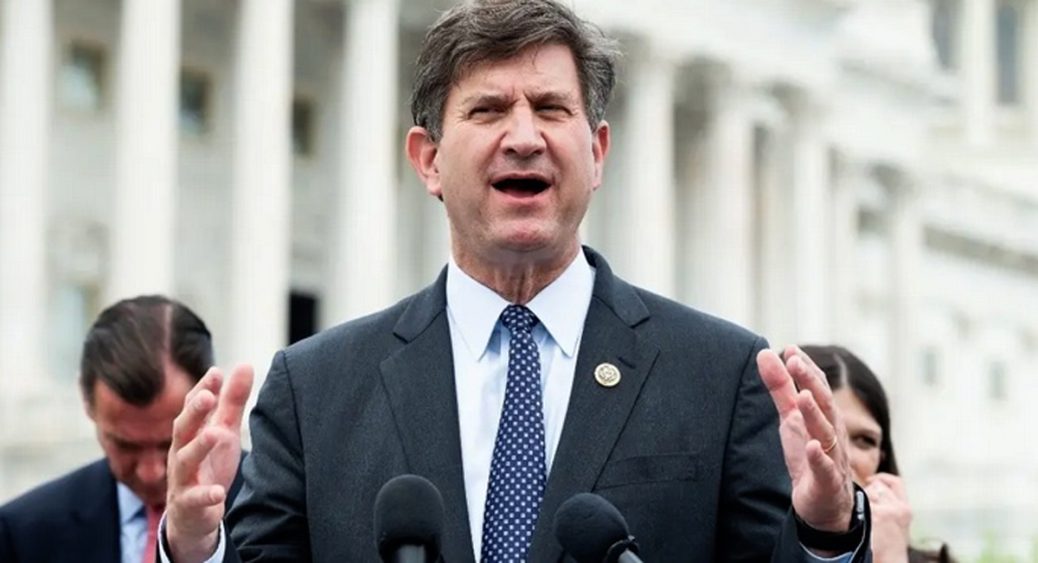 A top staffer for Illinois Congressman Brad Schneider was arrested and charged with outfitting his car like a police cruiser and impersonating an FBI Agent at a Trump rally in Washington D.C.

According to reports, Rep. Schneider’s operations director, Sterling Devion Carter, 24, was seen in a car outfitted with flashing police lights as if it was an unmarked vehicle, wearing police gear, and telling people he is an FBI agent.

“Carter, who was standing near his parked car, was wearing a black T-shirt that read ‘federal agent,’ a police duty belt, a Glock pistol, extra ammunition, handcuffs, a radio, and an earpiece,” the Daily Beast reported last week.

Carter went all out on making his car look like a real unmarked police cruiser. There outside was deep blue, there was a spotlight on the driver’s door, blue lights in the back windows, and a laptop mounted to the dashboard. There was even a plexiglass partition between the driver’s compartment and the backseat as if set up for prisoner transport.

Carter was confronted near the D.C. Trump rally by police officers on Nov. 14, 2020. The officers thought his fake FBI license plates seemed a bit off. They also didn’t recognize the fake badge he was wearing.

But he sure looked like a fed. He was dressed in black with an FBI t-shirt. He also had a belt with cuffs, a pistol, extra magazines, and other items. But the way he had them on his belt was also not proper for a trained law enforcement officer.

When the officers confronted him, he said he was FBI and then jumped in his car and sped off.

Still, he was followed by cops on bicycles who were able to keep up with him due to slow D.C. traffic. Eventually, though, Carter escaped the pursuit and went on the lam.

Eventually, the investigation identified him as the Congressman’s aide and word went out. Schneider eventually forced Carter to either resign or be fired. So, he resigned.

But as they investigated, they also discovered that Carter was faking Schneider’s signature on pay authorizations and had given himself an $80,000 pay raise!

Law enforcement officers finally found Carter hiding at his mother’s house on Georgia in February of this year. Prosecutors later charged him with the theft of public funds, but dropped all the law enforcement impersonation charges.

Carter was ultimately handed none months in a federal prison.