Tools of the Puppetmasters 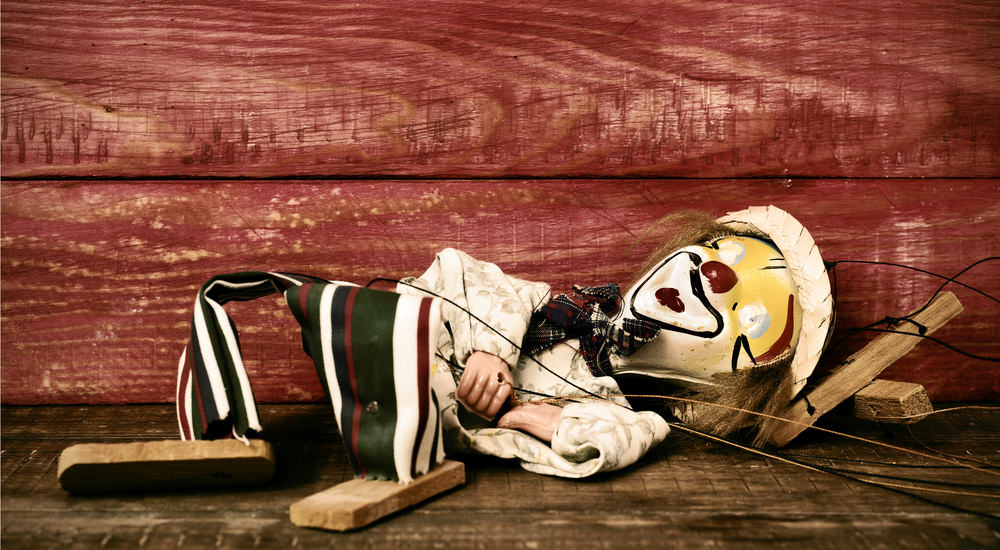 This is why plutocrat globalists create experts, politicians and rich speculators (like Soros, like Gates) who mysteriously become “philanthropists.” They soon learn the power of the puppeteer and they know that the puppeteer can throw the puppet into the flames.

But the puppet does the job for the puppeteer. The puppet makes the puppet “believe in” power, prestige and money. The fallacy of ad verecundiam is what enables them to try to control the narrative. It is absolutely true that they more than controlling the facts, they wish to control the mind, the analysis. Their objective is to make others believe in THEIR INTERPRETATION of facts.

And since they control the puppet and the narrative, and once they have the power to present their narrative and censor the others, they accomplish the purpose of having “the majority believe in” the experts they have created, and because they have created them they know their weakness and can destroy them. This is why they want people to have a “history” of murder, pedophilia, some other crime, and of course “unpaid debt.”

When the plutocrats have something on the puppet, they can control them easily, make them say and do exactly what the controllers want and It makes it easy to control them to say and do exactly what the controllers want — because they know that they have something on them that can destroy them. The puppets pride stopped them from thinking that they had no reason to believe that the power, prestige or money that the puppeteers endowed them with, was valid or warranted. They became tools for the puppeteer.

So, to combat this hypnotism, to win this infowar, Alex Jones, and others must compete with Facebook and Twitter with an alternative of their own.

But remember, the power of the puppeteer plutocrat is in using the UNEARNED pride of the expert, politician, or speculator. Jones, Drudge and others must hire those who seek JUSTICE not power, prestige or money, and build organizations like Facebook and Twitter to END argumentum ad verecundiam and all the Alinsky tactics that support that evil end.

Renaissance is a revolt against the dark ages of thought control.