Is Tomorrow an American Revolution or Death of the Nation? 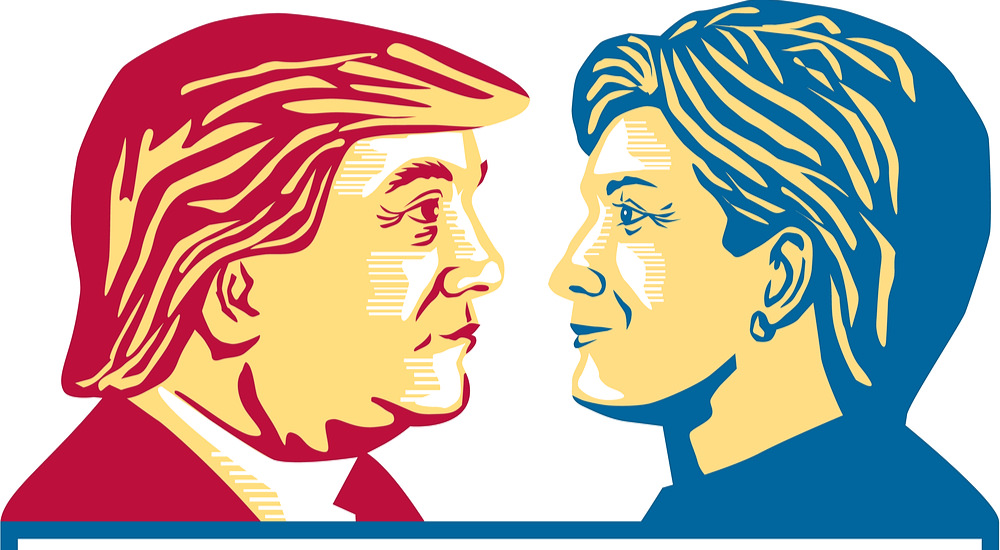 “So many people who have lost their faith in our future and the future of our country.  Our government has failed our citizens.  But we are going to turn it all around and deliver the change and leadership that America deserves.  This is a movement like our country has never seen before.” – Donald Trump

Everyone knows America was born on July 4th 1776.  Only half the country realizes she committed suicide on November 4th 2008.  Now, eight years after sinking into the cesspool of D.C. corruption, she is giving her last gasp to rise above the surface and start breathing again before she drowns.

The people will either chose to rise from the slime and be reborn or wallow in it as freedom dies.  Our nation’s capital has become a cesspool of corruption with Democrats taxing away America’s wealth while Republicans make phony protests and rake in some of the profits.  Both the DNC and GOP are allied against the people to keep their gravy train going, and then along comes a billionaire businessman who believes in Reaganism and they are in a panic.

Trump has always been a good man whose history, when you take away Democrat smears, slanders, and propaganda, has always been exemplary, while Hillary has led a lifetime of corruption and empty promises.  Americans will choose to either rise and be free or fall into socialist hell wherein those at the top – the government – prosper, while the people descend into peasantry.  For this land to remain free, America will be better off with a President Trump fighting with Republicans to stop the corruption than another President Clinton working with Democrats to wallow in it.  The Supreme Court is one justice away from abolishing the Bill of Rights and setting up the Democrat’s Bill of Rights, which would take away the shackles on government and establish their supremacy over us.  They say government is responsible to care for the citizens, but they propose doing that by stealing from those who work for a living and giving to those who vote Democrat for a living.  There will be no jobs because they will tax the rich and take the wealth that would have created those jobs for themselves.  The people will be united in misery as Washington gets wealthy using socialism to dupe the ignorant as was done in Russia, China, Cuba, and most recently Venezuela.

Trump is not a nice guy, but we all know nice guys like Romney finish last.  He’s a fighter and an honorable man who left his billionaire playboy life to fight for the people.  He built a great business and Democrats, in their greed and envy, hate him for it.  Hillary built her wealth through graft and racketeering, conning the people with promises of prosperity the benefits of which only she and her cronies reap.  She belongs in prison along with most of the government and they all know it.  That is why they all fear a righteous Trump and slander him as a Hitler when it is they who are the fascist socialist wannabe dictators.

Tomorrow we’ll find out the true power of Washington.  Trump’s rallies have pulled ten times more people than Hillary’s.  Will the voter fraud machine of Obama, Clinton, and Ryan and their America hating minions, foreigners and felons, overcome the will of the people and change America into Amerika?  Or will the brave stand up to declare they are free?

“This election is a moment of reckoning.  It is a choice between division and unity, between strong, steady leadership, or a loose cannon who could put everything at risk.” – Hillary Clinton

Clinton continues to attempt to portray Trump as unstable but herself as strong and steady.  What this election is a choice between is the division fostered by the Democrats and the corruption of the Left or the law and order of the Right.  When dead people, felons, and illegals vote, when people cast multiple votes in multiple states and buy votes these are all felony voter fraud, but Obama’s lawless regime promotes it all.  The system is rigged for those at the top just as Hillary claim, but where she claims it is the rich capitalists, in socialism it is the government that is at the top.

Obama and his Democrats encourage illegals to vote

READ the rest of this article at my blog liberalsbackwardsthink.com…