Tolerance is a Conservative Principle: Where Did it Go? 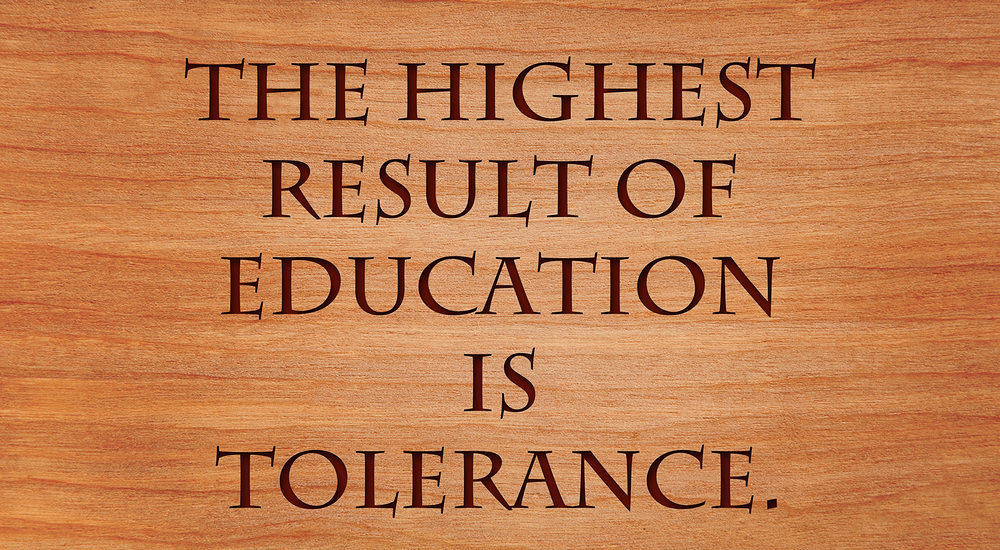 Tolerance has all but disappeared in America.  It has been replaced by a growing and dangerous industry based on grievance.  Race related, abortion related, religion related, politically related, it does not matter.  It seems that everyone has a grievance about something.  You see it in schools, businesses, politics, and on the street.  Debate and cooperation are not included in the lexicon of the grievance industry.  Instead, we see silencing tactics, grievance filings, threats, protests, and shouting – some leading to violence and destruction of personal property.  Most Americans are appalled at what they see, yet the grievance industry continues to grow.

Nowhere is it more apparent than on college campuses and in the workplace. Make an innocent remark, look at someone slightly the wrong way, or be in the wrong place at the wrong time and you could have a grievance filed against you.  No one is immune.  Not business supervision, not workers, not college administrators, not professors, and not students.  It does not matter whether there was malicious intent or not – the result could be unpaid time off, dismissal or expulsion.  To protect themselves, colleges and businesses are spending millions of dollars on lawyers to settle grievances and avoid lawsuits.  If you are on a college campus or at your workplace, you have no choice but to be very careful about what you say and what you do.

Hate groups spawned by both far right and far left activists grew substantially over the last decade.  Many have existed for some time, while others arise out of opposition and anger related to newly formed fringe movements and certain ideologies.  A recent Washington Post article indicated that a number of factors for inciting that anger include shifting demographics, immigration, legalized same-sex marriage, the rise of the Black Lives Matter movement, and atrocities carried out by Islamic terrorists.  To be clear on this issue, the grievance industry does not discriminate.  It thrives on all groups (ideologically left or right), whether it is a small fringe movement or a highly radicalized group.

Funding and support for hate groups can and does come from anywhere.  Billionaire businessmen, corporations, politically affiliated groups, and many other organizations all provide funds for the purveyors of hate.  They recruit by targeting disenchanted youths who are abused, angry, unemployed, dropouts or runaways, and even children who may be looking for someone to blame for their problems.  Often, they protest without even knowing what they are protesting.  This is especially true with political protests.  It is sad that people feel they have no choice but to join hate groups as a way to display their frustrations and vent their anger.

So, where does all this hate, divisiveness, and vicious atmosphere come from?  Some say it is from an administration that seems to want to divide the country on every issue.  Others say it is created by the rhetoric of political candidates and parties.  Some say it is caused by the news media.  There probably is a bit of truth to all the above.  One thing for sure, the grievance industry is not suffering from any of it.  The only ones that are suffering are the American people.