Today – Leftists Have Georgia on Their Minds 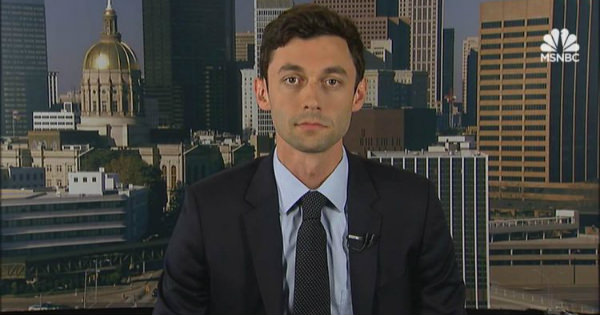 All eyes, politically speaking, will be on a certain special Congressional election today.

This election would not otherwise be of importance or the slightest bit intriguing, but this is not just any election. Oh, it won’t change the make-up of the House, or unseat the Republicans. Nothing that dramatic – at least not to normal people.

This election is being overly hyped because this is a red district in a red State, which may actually end up being won by a Democrat. And this, as is being broadcast by virtually all left wing media sources, is to be proof of the American voter’s absolute repudiation of Trump.

That’s the bottom line – that’s what it’s all about, and only that.

The left is salivating over the potential victory, much like they were just before Hillary Clinton flamed out and crashed in a fiery ball of death.

So what’s the big deal anyway? What chance does a liberal Democrat (as if there is any other type of Democrat anymore) have in winning a reliable Republican district?

Normally none, but the candidate, Jon Ossoff, is said to have a good shot at taking the seat – because – you know – everyone now hates Trump.

Democrats, and especially the leftist media, are all hoping this to be the case. They have been searching for something – anything to hang on Trump to show that “the people” are already beginning to tire of him.

For this, Ossoff’s campaign has collected multi-millions in cash. Last week, Mercury News reported that his campaign raked in $8.2 million – for a no-consequence Congressional election. However, almost none of it came from his district, or even his State. They report that almost all contributions (95%) came from out of State and most from the San Francisco Bay area.

These California leftists don’t give a rat’s a*s about candidate Ossoff. They only want to blacken Trump’s eye. But does he really have a shot? I personally don’t think so, but I seem to one of the few who doesn’t. Many are predicting an Ossoff victory – just like they predicted a Hillary victory.

Ossoff is an unknown political newbie. He obviously isn’t very popular in his own district, judging by the dearth of local campaign cash. What purposely isn’t being reported by the main stream press is the real reason he has a chance.

There are 11 – yes – count `um – 11 Republican candidates on the ballet – all vying for the same seat. There appears to be no absolute front runner, so consequently, the historically light turn out for these types of races will be split 11 ways on the Republican side. The Dems have five candidates, but unlike the GOP, Ossoff is sucking up all the Democrat oxygen in the room. This is not being reported, as it would diminish the victory, should Ossoff prevail.

So why don’t I think he will win, considering everything seemingly working to his favor? Because to win the seat, one of the candidates must get at least 50% of the vote. A mere plurality will not be enough. If no candidate reaches this threshold, the top two will compete in a run-off. In a one on one race against a Republican, in a district where now Secretary Price won by 23 points, Ossoff’s chances are slim.

In my opinion, the only shot he has is to win the seat outright on the first ballot. I hope Republicans have loaded up on the poll watchers.