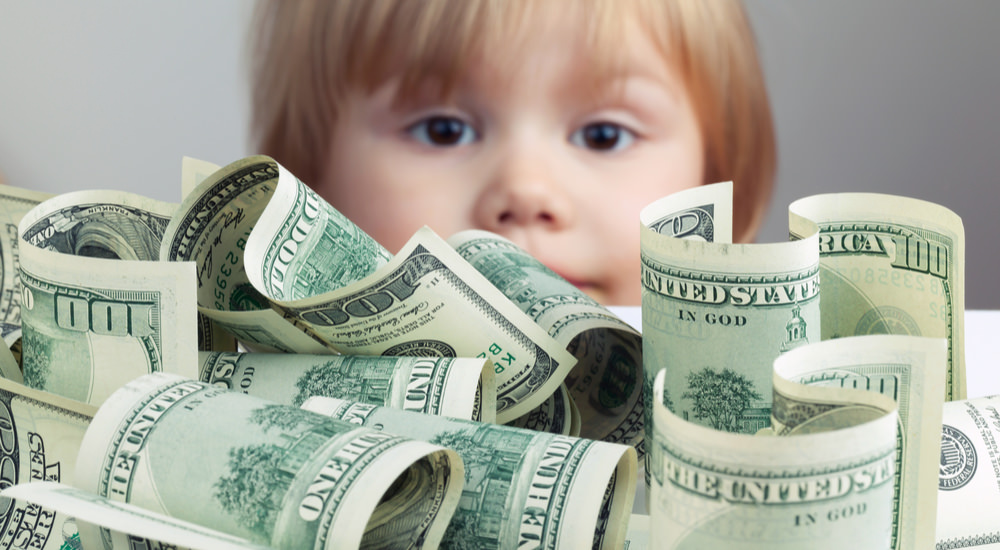 No one talks about getting out of debt any more. The closest to a “debt solution” is the occasional desperate strategy for wiping out the deficit – at the end of ten years!

Cutting eight zeros and making this a household budget can clarify our problem, its cause, and probably our only solution.

Sam’s friends tell him all he has to do is take more from “the rich” – Sam’s income is from taking from everyone on his block, and there is one “rich” guy who still had some left after Sam’s last heist. But Sam’s expenses are twenty-one percent of ATM (All They Make) of the whole block. If Sam takes so much that his neighbors can’t stay in business, they will run out of things for Sam to steal. Worse, they might move.

Sam could stop his home defense and hope his enemies beat their guns into flower pots. He could put disabled Daisy on the street. He can’t put Grandma and Grandpa on the street, because they own the house and can vote to put Sam on the street.

Uncle Sam’s fundamental problem is the declining working population of his block. Over the past 45 years, Sam has shot 60 block babes, so now there just isn’t enough wealth for him to take. (He shot them to put them out of their misery caused by him not loving them.) If somehow he could replace just the 40 of those he shot who would now be old enough to be making lots of money, he could balance his budget. That is, if he would also make those cuts his wife wants – AND stop shooting block babes.

Some think if he cuts his deficit a little, persuades gramps to work a little, and takes a little less from his neighbors, incomes on the block will naturally rise enough to make up the difference, so that in 10 years Sam will be able to stop borrowing. That would help! But that “solution” assumes banks will keep loaning to him until then, there won’t be another gang war, the wind won’t blow his roof off again, and Sam won’t dig any deeper in the cookie jar for 10 years.

There is a real way to replace those workers, but Sam dreads it.

It turns out there are actually 40 workers who want to move to Sam’s block where he can take from them! If he would even let four come, that would wipe out the deficit and allow him to start paying down the debt, which would calm his creditors and keep his interest low.

But Sam’s buddy Steve says they would just take jobs from block workers. Besides, they talk funny.

An economist says Steve is wrong. He says the Funny Talkers are as economically beneficial as babies. After a period of adjustment they make possible more jobs for block citizens, and better ones. Steve tried to ignore the economist. But the economist piled on more evidence and criticism. Steve complained that he was misquoted. Bob says Steve understates the threat from Funny Talkers. Dave says they’re both way off.

All that reasoning makes Sam’s head hurt. Sam would rather just go by common sense.

Some try to torpedo productive discussion by quoting the Bible. Everyone knows God has no business outside church.

Sam’s wife’s scissors hover over the credit cards. She’s bluffing. She knows the household won’t survive a month without more borrowing; with more borrowing, they might survive another year.

Sam listens to common sense. That Funny Talker who snuck in to Sam’s hit list must have caused Sam’s debts. So Sam has started making employers use E-Trackify to spot those job-thieves and send them away. That should make Sam rich.

The economists are holding up their hands. Sam isn’t calling on them. Evidence might show E-Trackify can’t pick out Funny Talkers very well, but it is able to keep people who refuse to be tracked from earning money in order to buy and sell. That is way cool technology! Way more interesting than climbing out of debt.

French Cannibal Who Ate Farmer’s Organs With A Side Of Beans Escapes From Psych Ward
January 22nd, 2022 Liberty Unyielding

Nazi SS-Covid Police faced with justified backlash and standoff against women in Boston restaurant who had no vaccine passport and still ordered food for dining in
January 22nd, 2022 DC Dirty Laundry