My How Times have Changed: Labels, Movies, and “Starving Armenians” 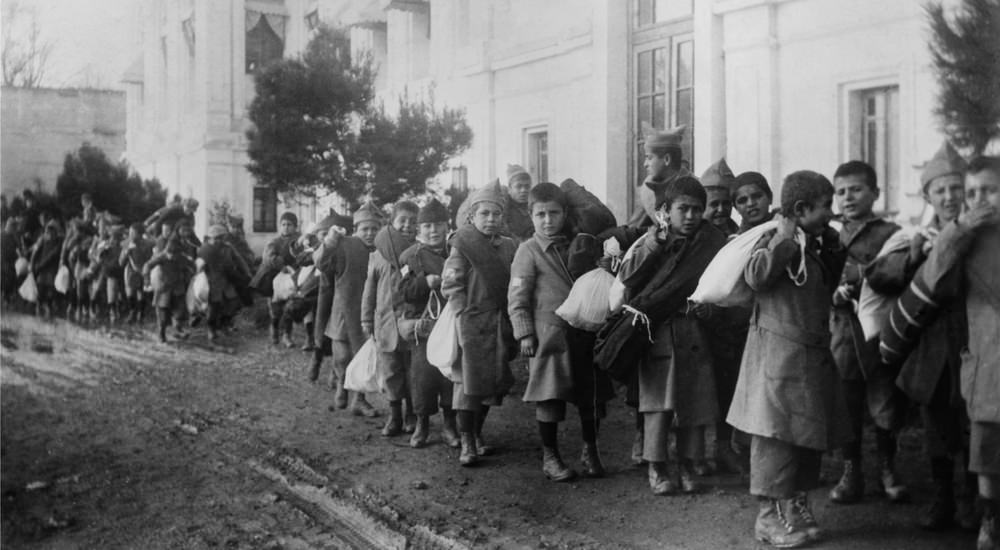 More of this and that.

Recently, some comparisons were made as to “old” packaging of products and “new” packaging of products.   The responses were gratifying, to say the least, because it showed that consumers ARE reading labels, ARE comparing size and price of the various products that they buy…and they generally don’t like what they find.  We had to purchase a new container of disinfectant wipes, by a brand name you’d recognize right away, and guess what…the container was the same size, but there were five LESS wipes in it and the price was the same also!   Folks, you have to be a very smart shopper these days because your money is not buying what it used to, regardless of what you think.  If you think that the manufacturer changes labels just to make it more appealing, you’re wrong.  In most(maybe all) of the cases, the change is made so that the new, smaller, size won’t be noticed!   Keep a couple of your “old” items and compare them to the “new and improved” or whatever they’re calling it…my guess is that you’re paying the same, for the same size container, but there’s less product in it.

When I was a boy it was not uncommon to hear my mother say “eat your food, there’s starving Armenians”…and I didn’t know what that meant.   With the advent of the internet and many different places to find information, it was a challenge to discover the meaning behind that wording…and I did.  Briefly, there was a time in the not-too-distant past, when Turkey (an Islamic state) attempted to exterminate the Armenians who were mostly Christian and other “infidel” faiths.   It was during the time, and the eventual collapse of the Ottoman Empire that this was coming about and even today there is really no closeness between the two.   From 1894 to 1896 the Sultan (Abdul Hamid II) ordered the deaths of up to 300,000 Armenians in the Hamidian massacres.   The New York Times (back when it was a reputable newspaper) in January of 1896,  reported “The concurrent and accumulated testimony of hundreds and thousands of intelligent people, Christian and Jew, Catholic and Protestant, European and American, made it conclusively certain that a massacre of innocents, unparalleled for ages, had been perpetrated in the Armenian provinces of Turkey.”   So now, if you are of a certain age, you have an inkling as to what that meant.  Look it up for more information.

You’ve probably read what books mean to me…and certain movies are just like that.  Older films, but not always older, have a definite edge on the modern movies.  It never ceases to amaze me, as an example, what sort of special effects they were able to conjure up using what is now considered as “primitive” equipment.   Who can forget Claude Raines as The Invisible Man?   With no computers to do the magic for them, the magicians of the film industry made us believe that he WAS invisible!   After all, when he took off the bandages he wasn’t there…and if that isn’t invisible I don’t know what is.   We probably all have a “buddy” film that we like above others, right?  There’s Butch Cassidy and the Sundance Kid, Robin Hood and his merry men, and who could forget Mr. Roberts and Ensign Pulver?   I have a couple of favorites also, one is old and one is fairly new…the old classic is Gunga Din, while the new one is The Man Who Would Be King.  In both of these, as in the others also, the camaraderie between the characters is palpable, it’s believable and it works.   Computer-generated images are alright when you want to present something that might be impossible, but good writing and good acting will always get my vote.   Any other old movie buffs out there?

Cars.  Cars are my passion and I have thousands of pictures, and many of them are of vehicles that very few people, if any, have ever heard of.   In the early part of the 20th Century there were probably 50-60 automobile and truck manufacturers in the United States, mostly in the Midwest states.   One thing and another brought the figure down and by the 1940’s and the beginning of our part of World War Two, we were down to about a dozen manufacturers.  You might have heard of some of the early pioneers, Duryea, Chevrolet(yes there was a Louis Chevrolet), the Buick brothers, and back then GMC meant the Grabowski Motor Company.   There was the Stanley Steamer, Ford, Ransom E. Olds, the fabulous Pierce-Arrow and the mighty Deusenberg(which gave us the phrase, “it’s a doozy”).   There was Packard, Cadillac and LaSalle, Lincoln and Stutz and many, many others.   Old cars and trucks are just the best.  Any other old car buffs out there?

Parting shot: An email from a while back caught my eye and it said that, with the end of the political campaign, maybe my articles could focus on other things.   That’s a pretty good idea and I’m trying it.   If there’s something that YOU would like me to write about let me know about it.   Talking about what I like is great, but probably someone finds it boring, so let’s hear from you.  Oh sure, you can go online and find out all sorts of stuff for yourself, and I use it myself…it might be just the way that I phrase things.  I don’t know.