Time for the White House Correspondents Dinner to Go? 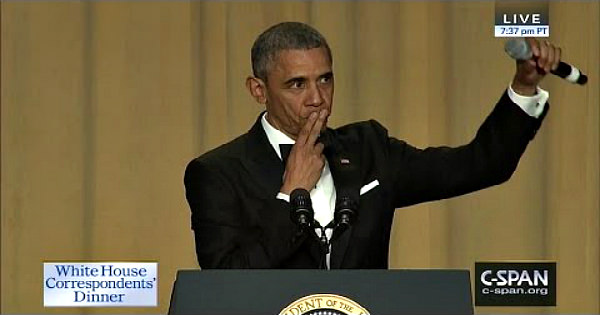 It is no secret that President Trump hates the press, and for good reason—it tries to pretend it is objective but it essentially operates as a quasi-PR team for the Left. Before Trump, it was able to lie about most Republican politicians, specifically presidents, with no pushback. Trump is different, routinely calling out the press, specifically the New York Times, CNN and the like, as “fake news,” and has even referred to the liberal media as “the enemy of the people.”

Trump has every right not to go. It is supposed to be his event, and he can do with it whatever he deems appropriate.

But the media has become enraged over Trump’s boycott of the event, with memes going around the internet comparing the president to a chicken and a baby. Trump is clearly not showing up to the school yard fight. But when asked by ABC’s George Stephanopoulos why Trump wasn’t going to the dinner, deputy White House press secretary Sarah Huckabee-Sanders answered that rather than hang out with reporters and celebrities, Trump’s job is to serve the people. Huckabee-Sanders continued that it would be naïve to think that there wouldn’t be tension between Trump and the media.

She is exactly right. This event needs to stop being held. The dinner has become nothing more than a Democrat fan-club, where Republican presidents are routinely scorned, the most famous example being Stephen Colbert brutally ripping George W. Bush. Meanwhile, Democrats like Barack Obama have their praises sung by the comedians.

Why should Trump expose himself to more partisanship than he has to deal with already regarding the liberal media and other elitists? Ironically, many media outlets threatened to boycott the event, such as CNN and Vanity Fair, but Trump beat them to it. And this has spun them into conniptions.

Trump’s declining to attend the dinner is another example of the Left not knowing how to deal with him. With past Republican presidents, the press had a simple playbook of mockery and scorn, and the target never fought back. Trump is completely different in that he is a fighter, and this trait appeals to many.