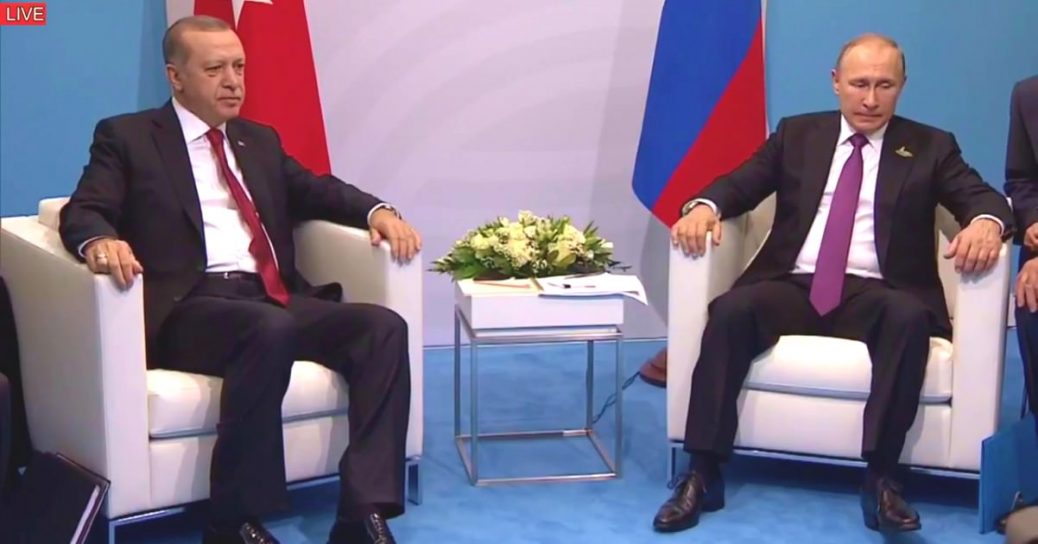 America has major problems brewing with unfriendly nations. North Korea, Iran, China, and Russia give us plenty to deal with on the foreign affairs front. When a “friendly” nation acts like Turkey, they should be moved over to the unfriendly column.

At a press conference in New York City, President Trump praised visiting Turkish President Recep Tayyip Erdogan, claiming “now we’re as close as we have ever been and I think a lot of that has to do with personal relationships.” It was diplomatically necessary to embellish the nature of our relationship with the fellow NATO member, but under the surface the relationship has been deteriorating for years. So far, President Trump has not been able to reverse the damage done by his last three predecessors.

In fact, it’s getting worse.

We’ve seen some of it publicly. The attack by Erdogan’s bodyguards on peaceful protesters on American soil in mid-May resulted in 19 indictments. Erdogan recently claimed Trump called him to apologize for the indictments. The White House denied the claim.

Yesterday, it happened again. Peaceful protesters at the Marriott Marquis in New York City were attacked during a speech by Erdogan.

It’s not just what happens when Erdogan visits. He’s been contentious at the very least over many actions the United States has taken in the Middle East. Then, as a clear sign of changing sentiments about their relationship with NATO, Turkey signed a deal to put Russian S-400 air defense missiles on their soil.

If they are truly against western society and the defense pact they’re currently engaged in with NATO, perhaps it’s time to part ways. Forcing them out of NATO is practically impossible, but they can be asked to leave voluntarily. Some would say this is a bad idea because of their extremely useful strategic placement in the epicenter of geopolitics, but it’s worse to have an “ally” that you can’t really trust. What other deals are they making behind the scenes with nations unfriendly to the United States or NATO?

Every time the President or other world leaders praise Erdogan, they’re enabling him to continue down the path. Where’s he heading? Turkey is on track to become the next nation to denounce the democratic process and engage in full-blown authoritarian politics. Dictator Erdogan is already becoming a reality. Now’s not the time to placate him. We need to denounce his actions and reevaluate the nature of our relationship.