The Threat to Religious Liberty in the Military 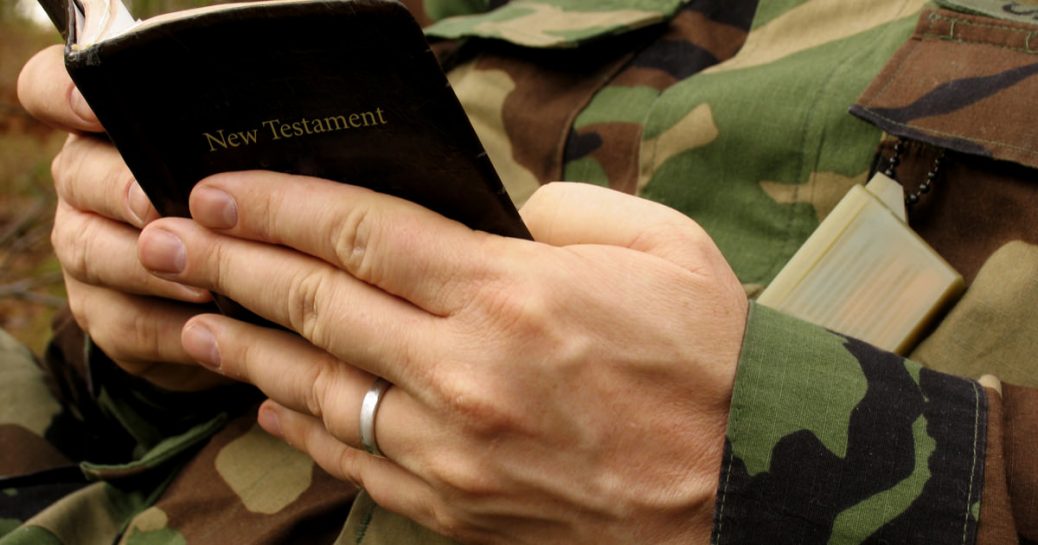 The father of this great nation, the general that lead us to freedom and liberty and defeated the oppressive tyranny of a monarch, and the first president of the United States, the honorable George Washington while commander of the colonial forces spoke these words, “It is impossible to rightly govern the world without God and the Bible.

There is an affliction, or even more to the point an infection that has metastasized in the military service over the last ten years. Forces within the Pentagon, and extraneous powerful entities, have been patiently waiting for the right time to begin a radical agenda to secularize the military. The right moment in history occurred in 2009 when the Obama administration took control of the ship of state, and implemented that political and social agenda.

Religion, Christianity in particular, was and still is under attack. When you consider the gravity and the danger of military life, is it any wonder that a soldier would expect to seek solace and comfort in religion and belief in God and eternal life. But today that is being denied, and religious liberty is under constant threat of being relegated to an obscure place in military life. America has been and still is recognized throughout the world as a religious nation, as Alexis de Tocqueville said “Americans have been and continue to be a genuinely religious people”.

Religion has always played an important part in military life, especially in times of war. The Family Research Council issued a statement; “we have noted a growing hostility to religion within the armed services. Pressure to impose a secular, anti-religious culture on our nation’s military has intensified tremendously during the Obama administration”.

It appears this anti-religious agenda has spread throughout the military and appears to have affected the Air Force with an even greater intensity that reaches up to high-level officers within the USAF that appear to be cooperating. There have been instances where chaplains have been sanctioned for conducting services and promoting faith in God among service members. One officer kept a bible on his desk in his office, and was ordered to remove it.

Anti-religious advocates are unwavering in their efforts to completely secularize the military. During this agenda-driven period, a figure emerged out of the ether, unknown by most, but a militant atheist and former JAG lawyer. Mikey Weinstein is the founder of the Military Religious Freedom Foundation (MRFF), a legal advocacy group.

According to their formal mission statement, it is their intent, to “ensure that all members of the United States Armed Forces fully receive the constitutional guarantees of the First Amendment and religious freedom”. Although it sounds noble, in reality their intent is anything but that. Based on their actions, their anti-religious fervor their mission statement is nothing more than an outrageous and devious ruse; it’s absurd.

An Army chaplain, assigned to the Office of Chief of Chaplains, stated how he was privy to inordinate amounts of time expended responding to numerous adversarial letters threatening litigation from Weinstein’s MRFF. The list of their legal actions in defiance of religious liberty is too numerous to include here in their entirety. We are dealing here with anti-religious progressive extremist radicals, and Weinstein is their ignoble leader. Following are some of this malcontents outbursts:

“We are a weapon. We’re a militant organization. Our job is to kick ass, take names, lay down a withering field of fire, and leave sucking chest wounds”.

“Whatever religious belief you have Judaism, Christianity, agnostic, etc., wear whatever clothes you want, you just can’t wear Uncle Sam’s clothes. What’s so hard to understand about this”. Note how he failed to mention Muslims.

“Those evil fundamentalist Christian creatures and their spiritual heirs have taken refuge behind flimsy, well-worn, gauze-like euphemistic facades such as family values and religious liberty”.

Let’s conclude here with the words of that great statesman, general and president that I mentioned in the beginning of this article, George Washington, “While we are duly performing the duty of good soldiers, we certainly ought not to be inattentive to the higher duties of religion. To the distinguished character of a patriot, it should be our highest glory to add to the more distinguished character of a Christian”.