Thoughts About Crime and Punishment 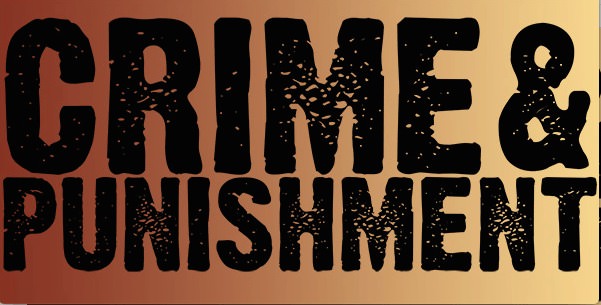 Thoughts About Crime and Punishment

In the days of Genghis Khan, a virgin riding alone on a horse with a sack of gold on her lap could travel from one end of his vast empire to the other without being molested or robbed. This was because all the Khan’s subjects knew what the punishment would be. Every crime no matter how trifling was punished without exception. Sometimes a thief would turn himself in out of sheer nervous anxiety, knowing he was being sought and would surely eventually be caught.

America is drenched in crime from sea to shining sea. There is no longer any sense of propriety guarding and guiding our thoughts and actions. The precept of “anything goes” foisted on us by the Commies and homos in Hollywood, by ungodly psychiatrists and the ubiquitous evil reptiles in the government has replaced the wisdom of “thou shalt not”. There is a good practical reason why God has told us not to do certain things. At present there is much hue and cry about abortions and abortion clinics — this problem would not exist if people refrained from sexual relations before marriage, and adultery after marriage. This requires a large portion of maturity, self discipline and intimacy with Biblical wisdom. Parents don’t take their children to Sunday School and church anymore and so they don’t learn lessons in morality, and students don’t learn much nowadays at schools and colleges so they cannot converse about the charm of Emily Dickinson’s poetry or the impact of Patrick Henry’s speeches or democracy under Pericles in ancient Athens or how confusing French grammar is. Students cannot make a conversation, so there is nothing for them to do but drink alcohol and smoke pot and then indulge in mechanical sex, sometimes not even caring who their partner in crime is. So unwanted pregnancies and abortions are the consequences, which is murder.

One of Winston Churchill’s wedding presents was the complete works of Jane Austen. He read them, because later he said everyone should read Austen’s books to learn how civilized people behave in polite society. These are qualities of character many American young people lack. Colleges should offer some courses called “How to Make a Conversation” and “The Importance of Good Manners”.

I believe in the death penalty for murder. Our Constitution was inspired by the basic principles of Anglo-Saxon Law and the Peoples’ Law of Ancient Israel. The entire code of justice was based primarily on reparation to the victim rather on fines and punishment by the Commonwealth. The one crime for which no “satisfaction” could be given was first degree murder — the penalty was death. All other crimes against individuals required reparation to the wronged person, and if this was not forthcoming, the punishment was very harsh indeed. There were only four crimes against the whole people: treason, betraying their own people; cowardice, refusing to fight courageously; desertion; and homosexuality. These four crimes were capital offenses and were punished with death. Homosexuality was considered a crime deserving death, and it is. A homo holds marriage in contempt and demeans the idea of family because he will never have one — unless he “marries” another homo and they adopt a child. Two pedophiles, George Harasz and Douglas Wirth, married each other and then legally adopted 9 children. Two managed to escape and report to the police they had been raped and abused in the most horrible way. The two “men” were brought to trial, and five other of their adopted sex-slaves came forward to report sexual abuse. One of the victims who spoke at the court hearing said sexual assault began when he was six. “They took turns raping me over and over”, he testified. Anyone who would do this to a little child is a sick demented monster, and any society that would facilitate it is sick and monstrous. Under Obama America is sick and monstrous. The two men who committed these crimes are of course guilty, but the real criminals are the judges who were either bought or intimidated, or perhaps themselves homos, but the arch criminal sociopath, who sits in our White House and is married to a man, purposely furthers such outrages in order to corrupt the morals of Americans and bring America to ruin. Could there be a crueler crime? Murder usually means killing someone’s body, but it is also murder to murder someone’s soul. There are 9 little boys psychologically scarred for life. The perpetrators, plus all the perverts who have contributed to these unholy laws, deserve the death sentence, in my opinion.

Every state in America should have the death penalty for murder. Punishment for all crimes must be made stronger and stricter — people must know they cannot break the law and get away with it. I have never been able to understand why there is always so much sympathy for the perpetrators but not for the victims. When a person is murdered, at least a dozen others are affected — the spouses, the parents, the children, the siblings, the relatives, the friends, the neighbors, the colleagues — bereft a lifetime without their loved one. But it is the murderer who is pitied. The law must be respected. Criminals — and potential criminals — must know they will be punished without excuses, whining or deals with the district attorney. The crime rate would dramatically drop and innocent people would feel safer.

This brings us to the consideration of forgiveness and mercy. If victims or their families want to forgive those who have wronged them, that is a fine thing, but it does not affect the legal punishment pronounced by the judge and owed to the state. The forgiven criminal must still undergo his sentence. And Portia’s eloquent speech about the quality of mercy in Shakespeare’s play “The Merchant of Venice” is very moving. We must never rule out the possibility of mercy. But mercy is not a consideration of the law, the judge passes judgment as the law requires. If the governor chooses to grant mercy in certain cases, that is his prerogative. I remember seeing once in a movie where a young woman fell down on her knees in front of Napoleon and cried “Mercy, mercy for my father!” Napoleon replied, “Your father is a traitor and has dishonored France and those who trusted him”. The woman replied, “I did not ask you for justice, I asked you for mercy.” I don’t know how Napoleon decided. But the two homos could expect no mercy for the little boys they so cruelly injured, so I do not feel they should be shown any mercy, just the opposite, they should be executed. I could not forgive them for what they did.

“Mercy to the guilty is cruelty to the innocent.”   (Adam Smith)