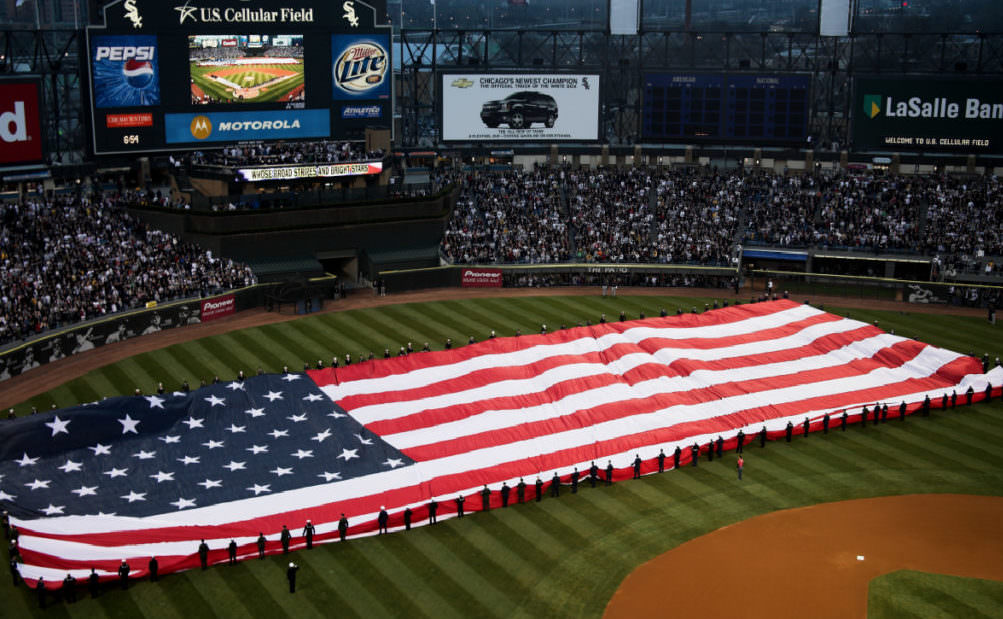 San Francisco 49er Quarterback Colin Kaepernick believes that he has a Constitutional right to protest police misconduct by sitting out the National Anthem played before every NFL game.  But he doesn’t have that right as an employee of the 49ers and by extension the NFL. Kaepernick is under contract, which includes under the NFL Collective Bargaining Agreement, a clause that prohibits conduct detrimental to the NFL’s image. This is how wife beaters, drug abusers, and game ball deflators get disciplined or suspended by the NFL. But there’s no discipline in sight by the NFL for Kaepernick. Moreover, “politically correct” sports talk show hosts are defending Kaepernick’s right to act out his newly found principles. But not everyone is as privileged as Mr. Kaepernick is to exercise his free speech rights.

The Dallas Cowboys’ free speech rights were abridged when the team was prohibited by the NFL from wearing a decal on their helmets honoring the recently assassinated five Dallas police officers. So why is Kaepernick so special? Is this the new “Black Privilege” in which every form of irrational black racism is permitted, e.g., alleged perpetrators are permitted to violently resist arrest and are then deified by the Black Lives Matter movement? While there once was a common law right to resist an “illegal” arrest, modern statutory law proscribes this. But I doubt that the newly minted activist Colin Kaepernick could name an instance where a white cop “got away” with “murdering” an “innocent” black suspect.

For example, in the Michael Brown case, no criminal charges were filed by a Grand Jury against Ferguson, MO cop Darren Wilson. Wilson allegedly murdered the so-called “Gentle Giant” Michael Brown in cold blood. Allegedly, Brown had his hands up in surrender mode when he was shot dead by Officer Wilson. But several black eye witnesses contradicted that story. In fact, Brown had violently resisted arrest by Officer Wilson and was also a suspected perpetrator in a convenience store theft. Even the “Just Us” department (Department of Justice) led by then race baiting Attorney General, Eric Holder could not find that Officer Wilson did anything legally wrong. But Officer Wilson was terminated by the Ferguson Police Department despite the facts of the case. Officer Wilson sure “got away” with that one.

The recent case of the often arrested Freddie Gray who died in the custody of black and white Baltimore cops resulted in all of the cops being exonerated by bench verdicts and by the remaining weak untried cases being dropped by the overzealous (read irrational racist) black prosecutor, Marilyn J. Mosby. Mosby is now being disciplined by the Maryland State Bar.

As for you Mr. Kaepernick, you’re playing the race card pure and simple. In your case, this should be hard to do, considering that you were an abandoned mixed race baby rescued and raised in a loving home by an affluent white couple. But you also got the opportunity to be a highly compensated world class athlete in the rarefied air of the NFL. You only became an “activist” when your NFL career hit the skids. It looks like a decoy play to me.