Though Persecuted, Christians and Patriots are Standing 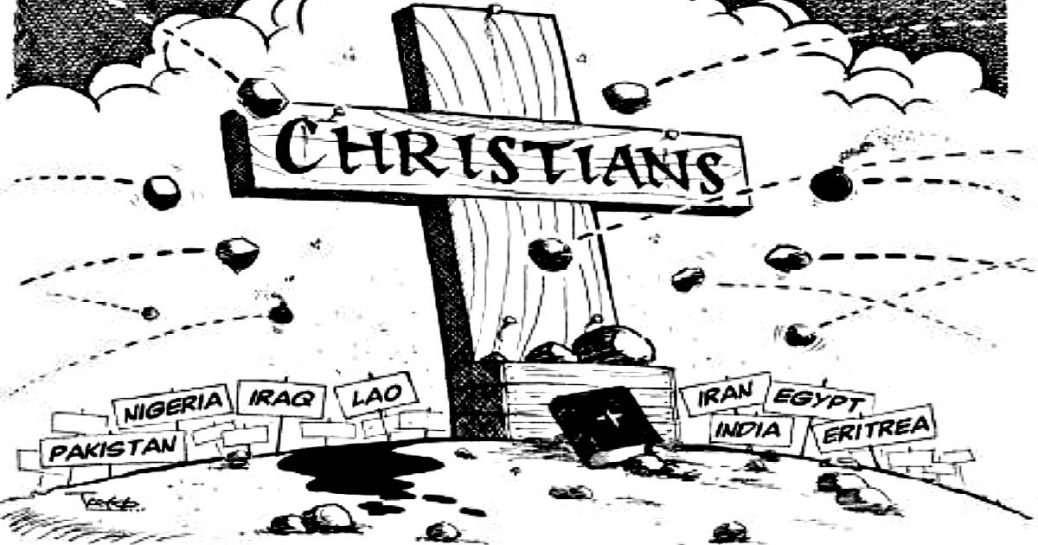 I praise God for Wyoming GOP county chair Vicki Kissack having the courage to share my article, “Christians Deceived by the LGBTQ Movement” on her Facebook page. https://bit.ly/2Iyymsq Folks, my article is 100% factually correct; spoken in God’s love.

As usual, leftists, The Casper Star-Tribune, distorted the truths in my article to brand Mrs Kissack a hater — hoping that fearful Republicans will run away from her. https://bit.ly/2wzkIjN Please pray that God gives this patriot sister courage to stand and will build a hedge of protection around her and her family. I claim this scripture for Mrs Kissack, “No weapon formed against you shall proper.” Isaiah 54:17

The immediate severe attack on Mrs Kissack for simply sharing my article https://bit.ly/2Iyymsq confirms the bullying and intolerance of LGBTQ enforcers exposed in my article.

A few years ago, I was an executive of a conservative group. LGBTQ activists launched a media assault attempting to brand me and anyone associated with me haters; to bully me into not writing obvious truths. My wonderful wife Mary and I realize God is our financial source. I must freely spread God’s truth. Therefore, I resigned from my position to protect friends and associates from LGBTQ enforcers. God is faithful.

A Texas pre-K teacher sounded-the-alarm that her principal ordered teachers to explain homosexuality to 4 year olds and teach them that “gay love is beautiful”. https://bit.ly/2Ixat4f And yet, LGBTQ activists are trying to brand us haters for seeking to protect our kids’ innocence, while they tyrannically demand that we surrender our children for LGBTQ indoctrination.

My wife alerted me regarding another Christian bridal shop in business for 22 years in Pennsylvania, driven out of business by LGBTQ enforcers. https://bit.ly/2wBUFbF Despite the owners referring a lesbian couple to another bridal shop eager for their business, that was not acceptable to LGBTQ enforcers. Clearly, LGBTQ enforcers’ mission is to force Christians to betray their faith, demanding that they kneel in worship to leftists’ false gods.

The good news is Christians and patriots are standing up for their religious liberty and freedom of speech.

Cathy Miller refused to bake a wedding cake for a same sex couple but offered to sell them a pre-made cake. The lesbian couple, in essence, said screw you and sued Ms Miller. As I stated, this is not about acquiring a cake. LGBTQ enforcers are targeting Christian businesses to force them to affirm their agenda.

Remarkably, a California judge ruled in favor of Ms Miller. Judge Lambe said, “The State asks this court to compel Miller to use her talents to design and create cake [sic] she has not yet conceived with the knowledge that her work will be displayed in celebration of marital union her religion forbids . . . Such an order would be the stuff of tyranny.” Amen! https://bit.ly/2Ki3ERz

Demanding total subservience, LGBTQ enforcers sought to fire New Jersey high school teacher and ordained minister Jenye Knox for posting homosexuality is a sin on her personal Facebook page. Ms Knox sued the school district for violating her right to free speech and religious expression. A confidential settlement was made regarding Ms Knox’s tenure. I salute Ms Knox for courageously fighting back. https://bit.ly/2Ki3ERz

A standing room only crowd of 190 showed up at the EWC board meeting to raised their hand to oppose the implementation of transgender policies at Eastern Wyoming College. Wyoming GOP chair Frank Eathorne read his party’s 2017 resolution vs SOGI (Sexual Orientation and Gender Identity). https://bit.ly/2IFKAQ4

In essence, the GOP resolution explained how SOGI laws attack our freedom rather than the other way around.

Whereas the Party of Abraham Lincoln was created to abolish slavery, recognizing the dignity and equality of every human being under the law; and this same Republican Party continued to lead the fight for the natural rights of our common humanity, against the Jim Crow laws of the southern Democrats; and still stands for the rights of all people regardless of color, culture, ideology, or religion, and

Whereas such equal protection under the law demands protection against personal injury or property loss, but cannot demand affirmation of personal ideas, choices, or behaviors without infringing upon the integrity and property rights of other persons; yet “sexual orientation” and “gender identity” (SOGI) laws obliterate this foundational legal distinction, and

Whereas, laws using undefined and undefinable terms are inherently unjust, depriving persons under the law of any reasonable opportunity to know in advance how the law will be applied to them; and “gender Identity” lacks any definite legal content such that even its proponents are unable either to list every current identity, or rule out the addition of new identities in the future, and

Whereas wherever the terms “sexual orientation” and “gender identity” have been added to anti-discrimination laws, this ill-defined language has enabled unjust prosecution and legal harassment such as…

Life has taught me to always look for the blessing in everything. Samuel Adams said, ” It does not require a majority to prevail, but rather an irate, tireless minority keen to set brush fires in people’s minds.” While being persecuted, the courage of Christians and patriots standing up for our free speech and religious liberties will ignite a national movement. Therefore, all is well.