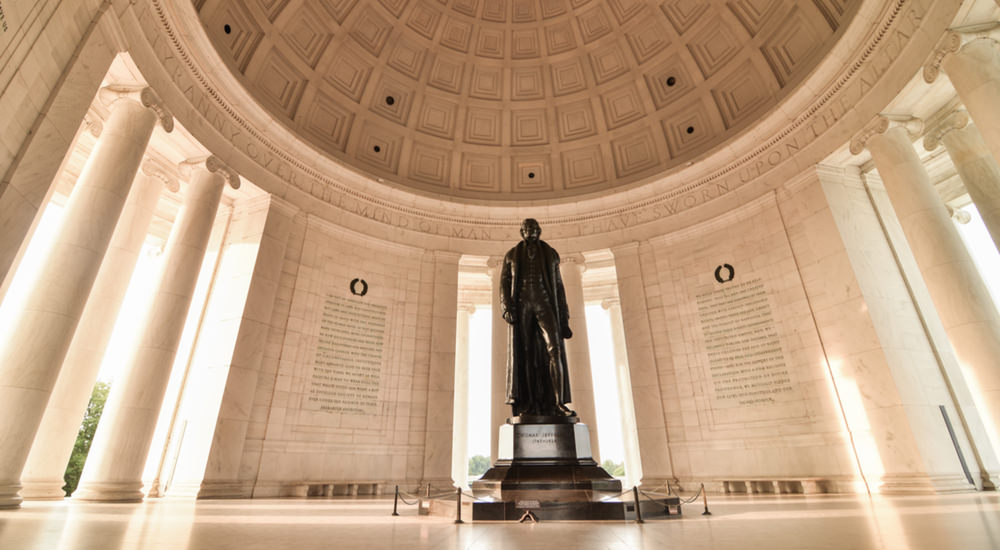 It is time to forget about the eight years of President Obama and think about our country’s bright future. Just to get Obama out of our systems, I want to show how Thomas Jefferson would have seen the Obama Administration, so I look to his Declaration of Independence. The following are excerpts from the Declaration that seem to apply to today’s political climate. All of the words are from the original Declaration except for those in angle brackets which are included to show relevance to today’s circumstances.

“When in the Course of human events, it becomes necessary for one people to dissolve the political bands which have connected them with another, … a decent respect to the opinions of mankind requires that they should declare the causes which impel them to the separation. <Jefferson wants to explain to the Democrats why we voted against them in the following words of wisdom>

“We hold these truths to be self-evident, that all men are created equal, that they are endowed by their Creator with certain unalienable Rights, that among these are Life, Liberty and the pursuit of Happiness.–That to secure these rights, Governments are instituted among Men, deriving their just powers from the consent of the governed, –That whenever any Form of Government becomes destructive of these ends, it is the Right of the People to alter or to abolish it … But when a long train of abuses and usurpations … evinces a design to reduce them under absolute Despotism, it is their right, it is their duty, to throw off such Government. … The history of the present King <Obama> … is a history of repeated injuries and usurpations, all having in direct object the establishment of an absolute Tyranny over these States.”

“He has forbidden his Governors to pass Laws of immediate and pressing importance <illegal aliens>, … he has utterly neglected to attend to them.

He has erected a multitude of New Offices <czars>, and sent hither swarms of Officers <airport security> to harrass our people …

He has combined with others to subject us to a jurisdiction foreign to our constitution <UN, leading from behind>

For imposing Taxes <Obamacare> on us without our Consent:

He has excited domestic insurrections amongst us <Ferguson, Baltimore>, and has endeavoured to bring on the inhabitants of our frontiers, the merciless Indian <terrorist> Savages, whose known rule of warfare, is an undistinguished destruction of all ages, sexes …

<Jefferson is noting the many times when Obama acted just like King George III.>

“We, therefore, the Representatives of the united States of America … solemnly publish and declare, That these United Colonies are, and of Right ought to be Free and Independent States … they have full Power to … establish Commerce, and to do all other Acts and Things which Independent States may of right do. And for the support of this Declaration, with a firm reliance on the protection of divine Providence, we mutually pledge to each other our Lives, our Fortunes and our sacred Honor.” <Jefferson is saying that we have the right to live free, but to do so, we must stick together.>

<It is amazing that tyrants have changed so little in 240 years.>