Third Temple in the “Wrong” Place 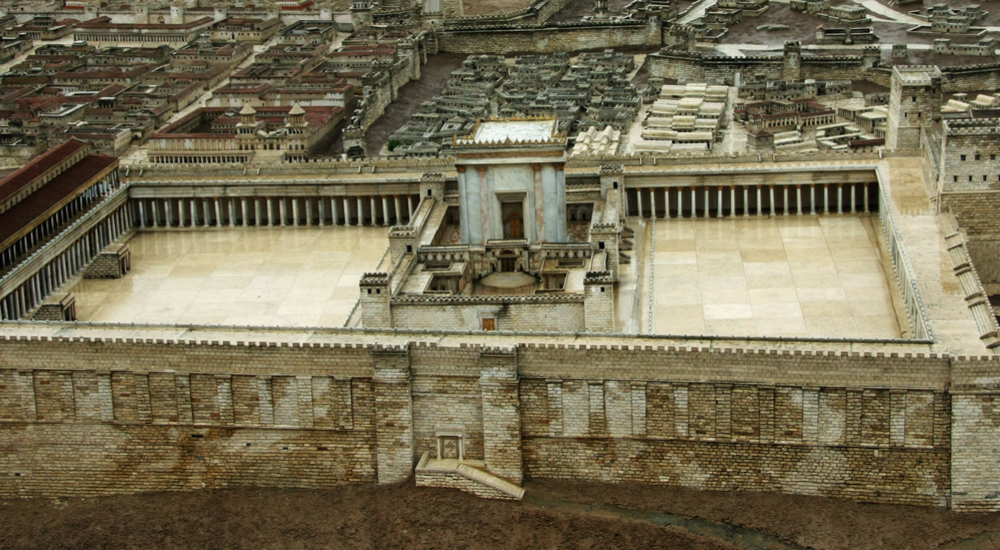 At present, there is no Jewish Temple in Jerusalem. To both Jews and Christians, this is an unacceptable situation.

In 1948, fulfilling prophecy, the nation-state of Israel was reestablished. Now another temple, a third temple, is on the way.

Jews want the Third Temple built to resume their ancient sacrifices to YHWH and to usher in their promised Messiah.

Christians await the third temple because of Biblical prophecy, the fulfillment of which requires a temple in Jerusalem, which currently ain’t there.

A Jewish organization, The Temple Institute, is ready to build. They have reconstructed all of the ancient temple implements, and they have a red heifer – the first they have had in over 2000 years. (The ashes of a red heifer are absolutely necessary for temple purification).

Of course, there is the problem that the requisite historical site for the temple is currently occupied by a Muslim mosque – the Dome of the Rock on the Temple Mount.

For myself, as a Bible-believing Christian, this is a no-brainer.

Conventional wisdom is that the western wall of Herod’s Temple is the wall still standing on the west side of the Temple Mount – the famous Western Wall. But, biblically, this cannot be so. In Mathew 24:2, Jesus, referring to Herod’s Temple, says

“See ye not all these things? Verily I say unto you, There shall not be left here one stone upon another, that shall not be thrown down.” (KJV)

The Western Wall is a great monument of one stone upon another; so it cannot have been part of Herod’s Temple. Leeland Jones argues, I find convincingly, that the Western Wall was, in fact, part of the Roman Antonia Fortress.

Now you might think that this evidence would be embraced eagerly by the Jews: The Dome of the Rock is in the Antonia Fortress! It is no longer an obstacle to building the third temple!

Two things argue against this, however. First, the Jews are not going to accept a prophecy by Jesus, whom they emphatically reject, as valid. Indeed, probably quite the opposite.

Second, and this is from my perspective, God is unlikely to allow the third temple to be built on the site of the earlier temples. How so?

Though they do not realize it, the Jews will be building a temple for the antichrist. It is clearly stated in Daniel 11 and elsewhere, that in the middle of the Great Tribulation the antichrist is going to enter the temple (so there must be one) and declare himself god. It is unlikely that God will allow him to do this on the actual temple site.

So when the third temple is built, it will be built in the “wrong” place, i.e. not on the site of the earlier temples.

Scriptural support for this view has come to light. Leeland Jones has noted a strange reference to (what will have to be) the third temple, in Daniel 11:31. Here is the relevant verse as he reports it:

31 Forces from him [the Antichrist] shall appear and profane the temple and fortress and shall take away the regular burnt offering. And they shall set up the abomination that makes desolate. (ESV)
Notice, what is profaned is a “temple and fortress.” How could the third temple also be a fortress? This is no part of the Temple Institute’s plans. But, if the third temple was built on the foundation of a fortress, the Antonia Fortress, that could do the trick.

Indeed, how otherwise could a fortress be “profaned”?

American Standard Version
the sanctuary, even the fortress

We could go on like this, but it is clear that there is more to this temple than just a temple. Indeed, the unsettled translation of the Daniel 11:31 indicates the meaning of the original wording here is difficult to get hold of (like a temple on the ruins of a fortress?).

To see if this temple is really unique, I searched each of the above Bibles for its temple phrase used in Dan 11:31, as listed above. So, for example, does the KJV elsewhere refer to any temple as “the sanctuary of strength”?

This implies the Jews are going to have their way with the third temple; it will be built in the “wrong” place, on the site of the Antonia fortress. Of course from God’s point of view, the “wrong” place will be precisely the right place.

We’ll have to wait and see how God does this. Exciting times.