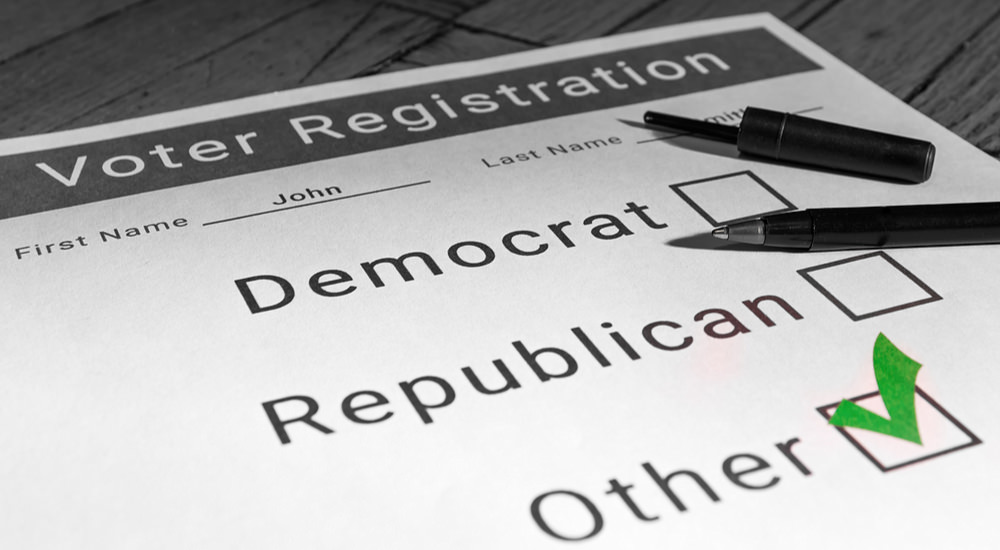 The only third-party candidate to ever win a presidential election was Abraham Lincoln. And he didn’t get a majority of the vote: he won with 40% of the votes in a four-way race. And Lincoln had the advantage that in a very important sense, he wasn’t a “third-party candidate”. The two major parties in 1852 were the Democrats and the Whigs. But between 1852 and 1860 the Whig Party disintegrated. In 1860 there was no Whig candidate on the ballot.

The best that any third-party candidate has done since the start of the 20th century was Ross Perot in 1992, who got 19% of the popular vote — and zero electoral votes. In 2016 the third party doing best in the polls is the Libertarian Gary Johnson, who is getting around 8%. This is way better than the 1% he got in 2012, but a long way from being a serious contender.

For a third party to win again, perhaps something like 1860 would have to happen again: the Republican Party break apart with its members going to several new or existing parties, and then a party of these rise to the top.