Things are Going to Get Crazy! 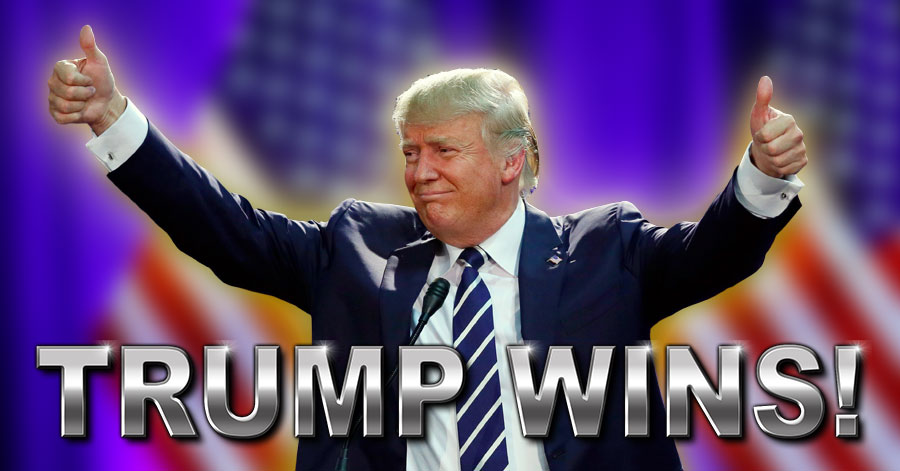 It happened!  Donald Trump is now officially the 45th President of the United States of America!  Who woulda thunk??  And let’s take stock of just how incredible that feat was.

Mr. Trump was up against the most “Anti-Presidential Candidate Force” we have ever seen!  Here is a list (most likely partial) of those forces that in my mind, did everything in their power to defeat him.

Wow.  With that many voters against you…how could ANYONE possibly believe you could win?

Trump believed he could because he KNEW that the very Real American Voters were not necessarily tied into the aforementioned people/entities above and a new “fired-up” group of fed up citizens and those real Americans voted in waves to take this Country back!!

Were those American voters different than the last election?  Most were not.  They had simply had “enough” of the lying politicians on BOTH sides of the aisle.  Trump was their choice because he was NOT affiliated with the above list and BECAUSE he ALSO was sick and tired of this Country being stolen away by non-Americans, special interest groups, radical extremism, waffling politicians, political correctness run amok, and millionaires with radical global interests!  He tapped into citizens that had not had any real enthusiasm in the past because the candidates did not relate to them.  Political correctness was founded by politicians in order to not offend anyone that could potentially cast their vote for them! The American public is sick and tired of political correctness.  I’m not advocating that we be cruel but I fully believe in “telling it like it is”.  Trump spoke the truth and the public ate it up because somebody was finally telling it like it was and represented millions of people that had longed for it from our leaders!

Let’s start with the list of those against Trump.  We can shorten our discussion by eliminating the obvious ones that would not vote Republican to begin with. Numbers 1, 5, 6, and 7.  Democrats, Academia, Hollywood and George Soros.  I would have thrown the Liberal Media into this list if it were not for the fact that I have never witnessed such a total and complete “wrecking ball” campaign waged against ANY contender in my life.  They deserve a category by themselves.  A totally blatant twisting, fearmongering, lying, disgusting and nauseating display of prejudice we have ever seen.  This includes the rigged polling of point #8.

I was called 3 times in 6 months by polling companies.  In EVERY one of those calls…I waded through questions all skewed toward support of Hillary.  As soon as I mentioned my preference was Trump…they hung up on me.  This one area of the Media was the ONLY thing that was positive in Trump’s favor.  They mislead the nation on showing Hillary consistently leading and it may have led to apathy amongst the Democratic ranks and kept Hillary from campaigning harder down the stretch.

I also believe that it was done intentionally so that if Hillary had won and faced the cries of rigged voting, illegal immigrant voting and machine tampering…it would have been the Democrat’s “OUT” to point to all the polling numbers and say they weren’t rigged because all the polls “proved” that Hillary would win.  Excellent strategy…except for one thing.  Voters turned out in mass for the Republican candidate which dwarfed and negated all the lies, illegal immigrant votes, rigged machines reported across the country, and more democratic votes in precincts than there were voters (which incidentally led to Michigan’s immediate “halt” to the recount that was forced on them).

The Republican Party.  Nobody wanted Trump.  Some of the notable Republicans couldn’t have been more vocal about their distaste of Trump running in their Primaries.  Battle after battle was waged along with scathing horror stories of this man.  Opposition was formed at every level to “get him out”.  Trump turned to telling the public what a rigged and backhanded group was running the show with Republicans and the RNC.  He never let up and battled on.  This man is a “fighter” and he fights to win…not just participate.  The American people loved it!! (He may have been crass at times…but as the old saying goes: “All’s Fair in Love and War” and by God this was war”!!

Let’s move on to numbers 4 and 11.  Obama had his bully pulpit and used it throughout the campaign. He went so far as to even downplay his Justice Department and hamper their efforts at truly trying to get to the bottom of the Hillary email scandal.  Lies, denial, special protection of witnesses, immunity for almost anyone and everyone that had information and more.  And when he campaigned…it was not FOR Hillary…it was for HIS legacy and the opportunity to ridicule, belittle, and speak scathing rhetoric about her opponent.  He even went so far as to go on record with media reporters that it would be an insult to him “personally” for black voters not to vote for Hillary.  Even to the very end…Obama used the race card just as he had for 8 years!!

When it comes to rigged machines involved in the process…I have a difficult time with any concrete numbers because of the way the Media and the Obama Administration continually called it simply a “right wing conspiracy” theory and never did any investigating to see if it were in fact a reality.  Of course the Media jumped on the Democratic and Obama bandwagon and it was squashed!

In 2012…there were many states that reported votes were cast for Romney and when the final screen came up their vote was recorded for Obama.  All the Media and other liberal sources treated it as a “right-wing” scam report by individuals or at best…a small glitch that was quickly remedied.  But what amazes me is that I never heard ONE report showing the machines going the other way!!  Coincidence?  I think not!  And it happened very early again this year in many precincts across the country.

Is it time for the final point?  Illegal immigrant voting?  We know it happens because many of our States encourage it without shame.  The last report I saw from the 2012 election was that an estimated 1.8M illegal immigrant votes were cast.  With our “Non-American Non-Sovereignty President Obama” and his blatant “welcome party” for illegal immigrants these past 4 years…how can we possibly not assume that the count this year was close to 2.5-3M?  Oops!  There goes the defense of Hillary’s followers screaming about the popular vote!! And if we add in the rigged machines, the recently released felons, the deceased voters, and the “overage” of actual voters like the State of Michigan…her popular vote claim is flushed down the toilet.

So all of this brings me to the crazy part.  Trump has just shown on Day 1 that he is going to follow through on a lot of his promises the Media hated with Executive Orders.  The Left and the Media are still crying “foul” and doing everything in their power to de-legitimize Trumps win.  Sean Spicer has continued with Trump’s rhetoric that the Media is full of corrupt and fake news!  The “big boys” in the front of the room were passed over and those Media outlets in the back of the room were called on first in the Press Conference the day after the election.

Trump will make mistakes as has every other President before him.  He will continue to run America as he has his businesses, which is successfully.  His tactics, his style, his non-political approach, and his impatience with talk and no-action-politicians will drive people crazy.

It’s gonna be a wild and crazy ride.  And in my opinion…it’s long overdue!! It IS time to “Make America Great Again” and quit pandering to all the special interests and fruitcakes out there!