“They’ll Do It Every Time” 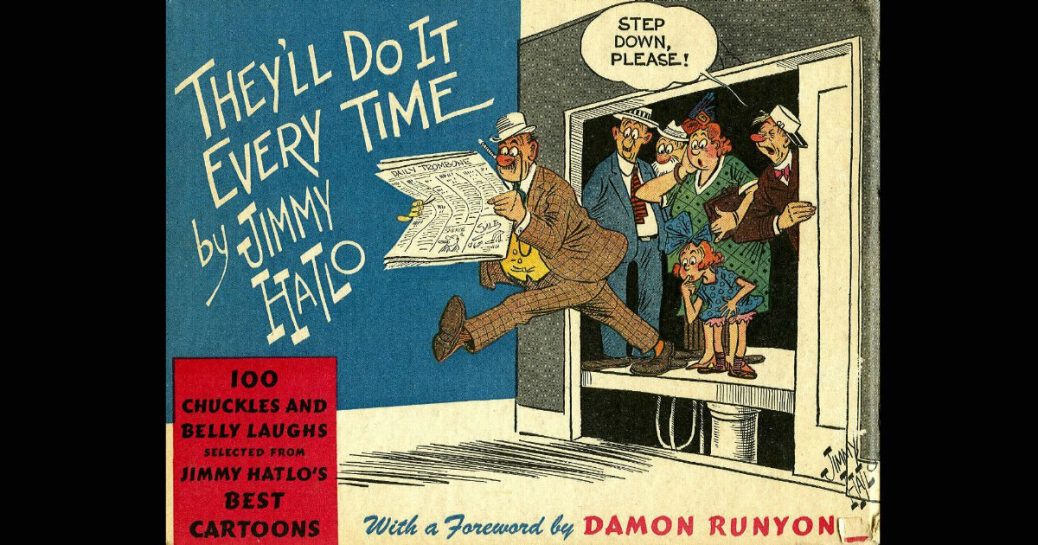 In the 40’s and 50’s “They’ll Do It Every Time” was a regular feature in many newspapers, and it was always about an embarrassing or stupid situation in everyday life and the great delight was in seeing someone like a local character get skewered by Jimmy Hatlo.

Something that good has been given more credence by NewsMax and Investors Business Daily in a short piece you will not read in your paper today, see or hear referred to on national TV.  God bless the Internet:

“President Donald Trump’s famous claim illegals voting against him cost him the popular vote has more support, despite the mainstream media claims it was merely a “Twitter-born conspiracy theory,” according to an Investors Business Daily editorial this week.

With 21 million American adults in the 2016 Census – up from 19.4 million in 2008, the start of the Obama administration – “it is therefore highly likely that millions of non-citizens cast votes in 2016,” according to the study.

”Democrats had extensive get-out-the-vote campaigns in areas heavily populated by illegal aliens,” according to the IBD editorial this week. “As far back as 2008, Obama made sure that those who wanted to vote knew it was safe, announcing that election records would not be cross-checked with immigration databases.  ”And last year, the Obama White House supported a court injunction that kept Kansas, Alabama, and Georgia from requiring proof of citizenship to register to vote. The message was sent, loud and clear: If you’re a non-citizen or here illegally, don’t be afraid. You’re free to vote. No one will stop you.”  The editorial concludes Democrats should be troubled by the notion every “non-citizen voter negates the vote of a citizen,” and American needs to “stop encouraging non-citizens and illegal aliens to vote in our election.”

During the 2016 campaign John Podesta, Hillary Clinton’s Campaign Manager went on record saying, “If you have a driver’s license you can vote,” which is clearly not correct and tempts foreign nationals to not only commit felonies in America, but in their country of origin as voting in another country is a felony in every nation.  We are not alone in wanting to preserve the integrity of our elections as they are the key to having a valid nation and economy.

Reaching back to Jimmy Hatlo, the point of citing him is that this is a very consistent pattern with Democratic Party operatives and management.  If Jimmy were around today he could well fill his pages with the antics of Democrats from sea to shining sea.

Here we see a Democratic voter registration team at work in Cook County, Illinois helping a previously unregistered person who needs more than the usual assistance to get his, or her, particulars on the voter registration form.  We have to admire the professionalism and persistence of these young men as they raise the participation rate for our democracy.  God bless America!

According to the Los Angeles Times new illegal immigrants from Mexico are welcomed by Democratic Party operatives with voter registration documents and they even help them fill out correctly.  The operatives register for them and see to it they go to the polls.  This alone explains the Democratic Party lock on California.  It is very hard to imagine what it will take to change this well established tradition as we can be sure they’ll do it every time.