They have No Hope 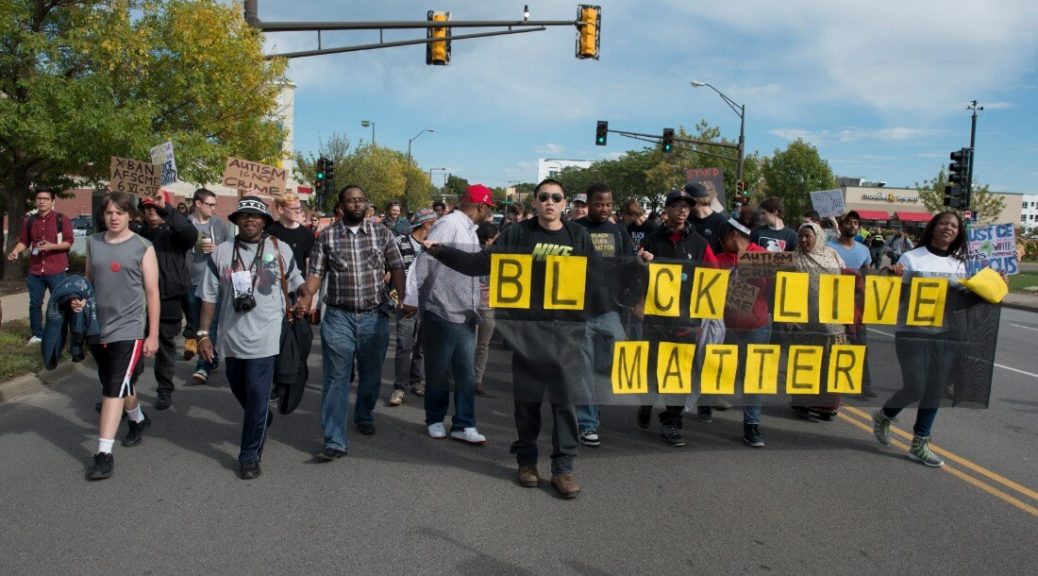 “They have no hope.”

That was the sum of what we were talking about. My wife and I had lunch yesterday with a gentleman who, in all likelihood, would know what he was talking about. A personable man. An intelligent man. An articulate man. A black man.

We were taking a break from a photo session, filling in the conversation with stories of when and where we grew up. I was from southern Florida, my wife from the Midwest and he was from southern California. We talked about ‘the way things used to be’ and the changes in society we see happening all around us. You know, the normal chit-chat stuff. Then the conversation worked its way into the recent spate of police shootings and the toll it was taking.

Alton Scott and Philando Castile were recently killed in altercations with police. The graphic videos show some of what happened, and we can get a feeling for what it must have been like to be there as these events unfolded. There is blood, and shouting, and cursing, and praying, and fear. All the elements of genuine tragedy are present. A tragedy that seems to be happening too frequently, and posted on the internet for the whole world to see.

I know that there are a lot of opinions floating around. Everyone seems to have one, whether they know anything about what actually happened or not. Neither one of these men had a weapon in their hand according to the videos we can see. Neither of them were acting aggressively, nor were there any indications that they resisted the instructions of the police officers at the scene.

The three of us agreed that these acts were tragic, and apparently senseless. But I wanted to move beyond the events themselves, and asked the most important question of all.

“Why is violence in the black community so high in the first place?”

The response I heard was, “They have no hope.”

A recent article posted on Infogr.am contains some startling statistics. While comprising less than 15% of the population, black crime rates account for the overwhelming majority of violent offenses. This information comes from the FBI and US Census Bureau, and can be verified by anyone. Police frequently encounter tense situations and they react according to experiences. That is just human nature. A high incidence of dealing with black perpetrators leads – invariably – to a suspicious nature of all black people (regardless of the officer’s race). That is also borne out through statistical data. It may not be right, but it is reality.

There is great disparity between population groups and incidence of crime. This is a statistical fact, and answering the disproportionately high violence rate in the black community must be found if we expect things to change. Addressing individual incidents (like the two police shootings we’ve recently heard of) is a must, but fixing the core problem is more important. That fact that led us to our conversation and the statement, “They have no hope.”

I’ve heard that statement before, and I agree with what was said. But why don’t these people have hope? Is it lack of private charity and funding? Is it lack of governmental involvement? Maybe the answer is found in various programs? As commendable as these things may be, I believe they only address the symptoms of the underlying problem and not the problem itself. So then, the next logical question is, “Why is violence in the black community so high in the first place?”

The answer, as with anything else in life, can be found in the Bible:

Where there is no revelation, the people cast off restraint; but happy is he who keeps the law. (NKJV)

Let’s combine this proverb with another version and we get a clearer picture of what the author means:

Where there is no vision, the people perish: but he that keepeth the law, happy is he. (KJV)

The revelation/vision mentioned in this verse is what happens when people are instructed in the Word of God, believe the Word of God, and act on their faith. They gain an understanding of who they are as a person because they have it revealed to them by the Spirit of God. More importantly, they gain an understanding of Who GOD is and what He has done – and will do – for those who seek Him earnestly. Those people understand that whoever will keep the law continue to enact the principles they discover in God’s Word. They give His ways priority in their lives, and so they are happy.

This process can clearly be seen in American society today. The United States was founded upon the basic principles revealed in the Bible, with most of our laws, customs and attitudes derived from an understanding of Scripture. As a united people, we called upon the God of the Bible to help us in establishing a nation of godliness, equality and respect for others. We depended upon the Sovereign of the Universe to protect us, empower us and provide for us. We were dependent upon Him before we relied upon ourselves. That understanding was prevalent and pervasive throughout the land.

The further away American society has departed from the principles of God’s Word, the more confusion and distress we have encountered. We became accustomed to trusting in ourselves and not the Lord. We took pride in our accomplishments, forgetting the One Who enabled us to do the things we have done. We have grown arrogant and boastful, concerned with what makes us happy instead of what make us righteous.

That process of departing from God will continue until one of two things happens; either our nation will eventually devolve and disintegrate, or there will be a national revival back to those founding principles. The same holds true for the black community as much as the nation at large.

Most blacks in America were enslaved in the beginning stages of this country. As such, those slaves acquired a dependence upon God to see them through their difficult situations. Teaching Biblical principles as the best way to live was as common for blacks as it was for whites. It led to good moral character, strong families and, with the abolition of slavery, to an increasing number of successful black entrepreneurs and leaders.

That reliance upon God has changed within the past several decades. Many poor blacks now depend upon each other, welfare, civic and charitable programs, and other helps instead of seeking the direction and expected empowerment of God.

“They have no hope.”

That kind of change takes a personal relationship with the God of creation, as found only and exclusively in a saving knowledge of Jesus Christ as Lord. The solution to these problems won’t be found anywhere else. Not in programs, not in money, and not in positions of authority:

Living the life that God intends for us is the answer to the problems we all face – whether Black, White or any other race or nationality. By seeking God on a personal level, we gain a vision for our lives; a life of purpose, meaning and power.