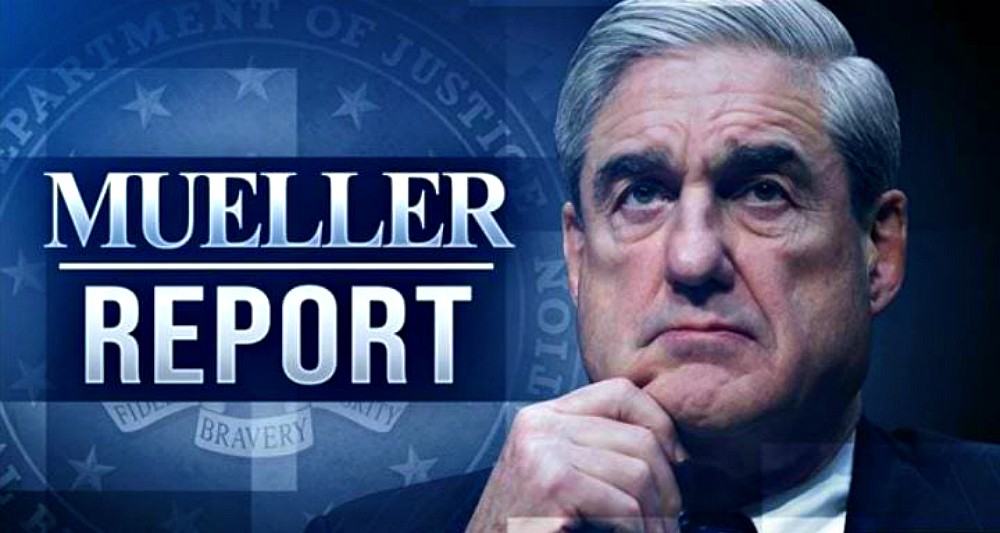 There hasn’t been this much buzz about a release of anything since the reintroduction of the Star Wars franchise.

But unlike Star Wars, which I love, the Mueller Report, at a total cost estimated to be north of $25 million, is going to be a total nothing burger. Nothing that was set out to be proven will even come close. That is, of course, Trump and Russia collusion.

And those who are touting it most are going to be the most disappointed.

Most have marveled at how tightly the Mueller team has kept this well-guarded report. In a town like D.C., that can’t keep a secret to save their lives, it is rather astounding that there have been few if any, leaks.

And I’m going to posit a reason. There’s nothing in it. This whole Mueller thing was created, much like the Steele dossier, to damage president Trump. Everyone involved knew the dossier was a complete fake, bought and paid for by the Clintonistas.

The Mueller team was created to simply further the lie.

If there was really anything linking Trump to Putin or the Russians, you can bet your last dollar, we’d have heard at least something about it. But not a single leak.

Now we wait. And the folks at the various lefty media outlets like CNN can hardly contain themselves. Somehow they’ve convinced themselves that there is bound to be some sort of bombshell in it that will finally bring down their arch-enemy, the Trumpster.

Meanwhile, Amazon is doing its level best to cash in on the whole circus event. Its actually taking pre-orders for two separate books containing the final Mueller Report. They are being published by Simon and Schuster, and Skyhorse Publishing.

One of the “books,” entitled, “The Mueller Report, The Final Report of the Special Council into Donald Trump, Russia, and Collusion,” actually has a forward written by Alan Dershowitz. The other is being put out by the Washington Post.

You can preorder the Dershowitz forwarded copy in paperback for the low, low price of $9.20, with free 2-day shipping using Amazon Prime. Yay! The Post version is a tad more expensive at $10.49. However, they also offer an audio version for $55.99, for those who may suffer from insomnia.

Can you imagine listening to some narrator droning on endlessly, through page after page of what will surely be some of the driest material ever written? A word of advice. Do not listen while you’re driving.

The public release dates for both these “page turners” is tentatively set for March 26, 2019 – although this is just a guess on Amazon’s part. I doubt they have any inside info. And I doubt that will be it. There is no way, in my opinion, that everyone who has to approve its release will do so in a matter of a few days.

And then there is the question of just will be released for public consumption and what will be redacted. The two Amazon books may end up with page after page of nothing but black lines from one side to the other. And the audio version may end up as minutes to hours of white noise. Now that’s entertainment!

All in all, this report will be much ado about nothing, a complete waste of taxpayer money. And for what? All to jail a few lower level people on process crimes or others completely unrelated to Trump or the election. That and to indict some Russians who will never stand trial.

I for one can’t wait. I can’t wait to see the trolls at CNN and the like, twist themselves into pretzels, trying to spin their fellow travelers into believing that’s there is damaging information on Trump – that we just have to “read between the lines” to discover it. And if there’s nothing “between the lines,” they’ll do as they always do – make something up.