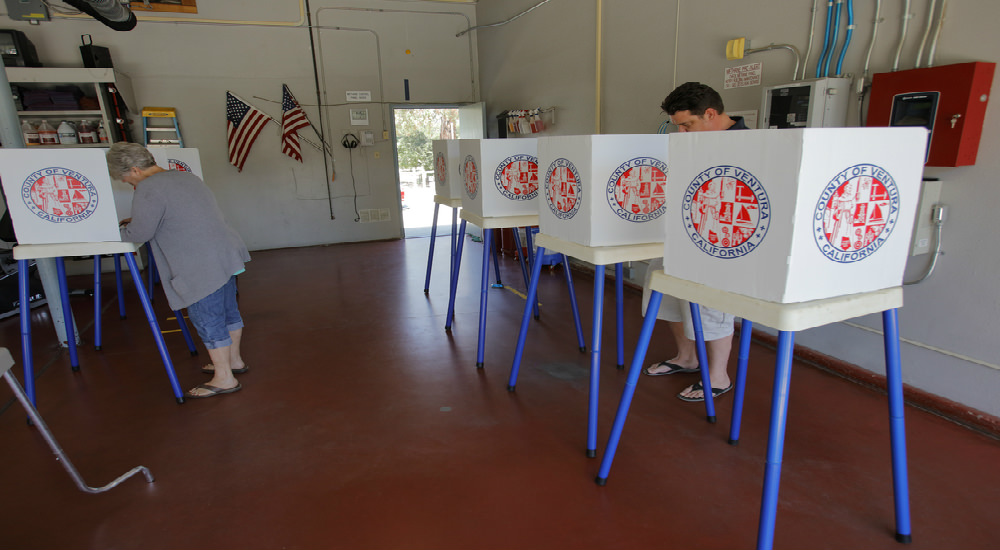 Critical electronic voter logs used in the special election taking place in Georgia to fill the vacant Congressional seat left by HHS Sec. Tom Price were stolen from the pickup truck of a poll worker during a “grocery run.” The theft of early voting check-in books raises the question of fraud in the hotly contested race. Tuesday is election day, but thousands of voters took part in early voting.

Cobb County Georgia poll manager, Craig Joe Rogers, said he parked his truck near the front of a supermarket in Marietta, Georgia, to buy some groceries. When he returned he found thousands of dollars’ worth of elections equipment missing. There were no signs of forced entry. Rogers admitted he “may” have left the doors unlocked.

The idea that a poll worker – a manager – would be vacant enough to leave such critical logs unattended in an open truck is laughable. The likelihood is that this Cobb County “poll manager” knew damn well what he was doing when he “may have left his doors unlocked.”

Cobb County went to Hillary Clinton by over 2 full percentage points in 2016.

No, it is likely that this was a security blanket measure by corrupt Democrat operatives because of the absolute need for the Democrats to win this special election. They haven’t carried the district since the days of Carter and taking a Republican safe seat in the wake of Donald Trump’s victory would give them a talking point for the next two years.

Larger in all of this is that Republicans shouldn’t be in the position that the Democrat tool of voter fraud would matter. There are a ridiculous 11 Republicans running against 5 Democrats and 2 Independents, with one Democrat leading his contingent in a very strong way. The Republicans have, once again, diluted the field by having too many “cooks in the kitchen.”

Just as ridiculous as having 16 people on the Presidential Primary stage, this election wound, should it come to pass, would be self-inflicted. There should never – ever – be 11 Republicans running for an election in which other parties are on the ballot. It’s political suicide; it dilutes the field to give the lesser, more concentrated opposition party candidate the edge. Even if Republicans went to the polls in a 3 to 1 ratio, a concentrated effort by the Democrat delivers the win.

Republican Party leadership must shoulder the blame for this. They are not doing their job in producing superior candidates that the whole of the party can get behind, thus the desire for others to throw their hats into the race. It could be due to the “it’s the next in line” attitude that permeates the Republican establishment. Or it could be that, as they say, there are “too many chiefs and not enough Indians” in the Republican Party both locally and nationally (and no, I won’t bow to the forces of political correctness to bother to rephrase that).

Whatever the reason, the failure exists and it threatens to allow minority radicals of the Progressive ideology to capture elected office. With Democrats focused on a 50 State game plan for 2018 and 2020, this type of leadership failure will cost Republicans dearly.