The Wrap Up Smear 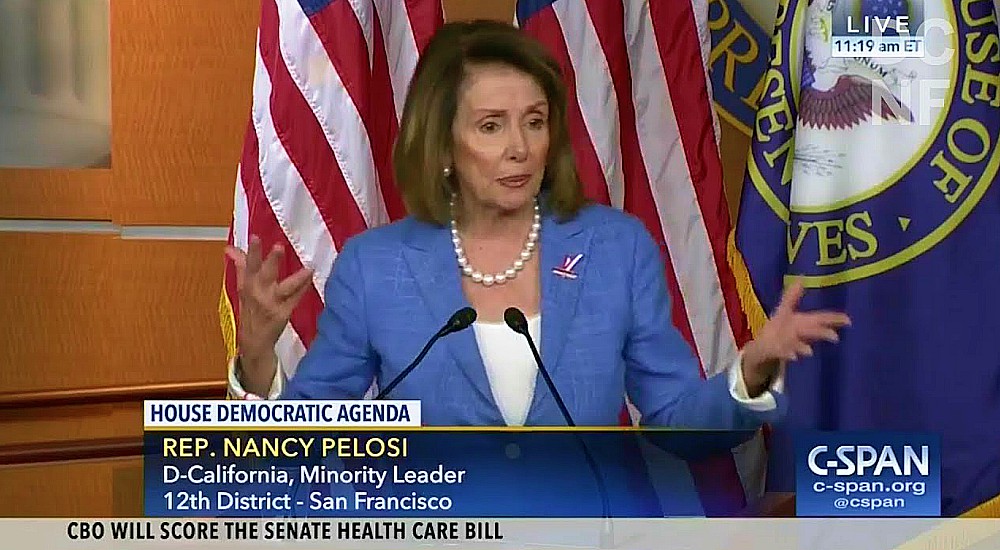 From the Daily Wire on Oct 8, 2018 – In her own words, Pelosi described the ruthless and untruthful smearing of Republicans as a “common diversionary tactic”.

“You smear somebody with falsehoods and all the rest,” Pelosi detailed, “and then you merchandise it. And then you (gesturing to the media) write it, and then they say, ‘See, it’s reported in the press that this, this, this, and this.’ So they have that validation that the press reported the smear, and then it’s called the ‘wrap-up smear.’”

“And now I’m going to merchandise the press’s report on the smear that we made,” she repeated. “It’s a tactic. And it’s self-evident.”

This is exactly what they did to Judge Kavanaugh. It is what they do at virtually every “rally” or “march” in which they participate. The progressives (read: anarchic socialists), paid by billionaires like Steyer and Soros through various organizations, sample assorted words and sayings to identify the most outlandish and yet effective chants. Those selected as best are etched into the memory banks of a few “leaders” who then direct the minions in repetition. The agreeing media then airs the crowd over and over again until they feel the average idiot believes what they hear.

Other ways that the loathsome left in office and in the media promulgate lies and discord is by repeating words and catch phrases that provoke contempt, anger, and violence. You’ve heard them all. Here are just a few.

*Ripping babies from the arms of mothers

*Throwing granny over a cliff

*Millions will lose their healthcare

*Women will no longer have a choice

Additionally, there are those in elected office and other professional politicians (primarily of the Democrat party) who subtly advocate or promote indignation and even violence. Cory Booker, Maxine Watters, Chuck Schumer and most recently our old friend Hillary (the loser) Clinton are among the celebrities rousing their crowds.

“You cannot be civil with a political party that wants to destroy what you stand for, what you care about,” according to Clinton. “That’s why I believe if we are fortunate enough to win back the House and/or the Senate, that’s when civility can start again. But until then, the only thing Republicans seem to recognize and respect is strength.”

I read the above statement to say that unless the Democrats regain unfettered power in government et al, there will continue to be constant whining, crying and mobs throwing tantrums and creating chaos throughout the country. Give us back control or we’ll see to it that normalcy is never restored.

Is it right to threaten chaos, violence and endless disruption and stagnation of government just because the American electorate chooses placid growth and prosperity? Is this really the party we want running our country?

PLEASE VOTE WISELY ON NOVEMBER 6!  VOTE TO BE GOVERNED OR VOTE TO BE RULED, THE CHOICE IS YOURS.