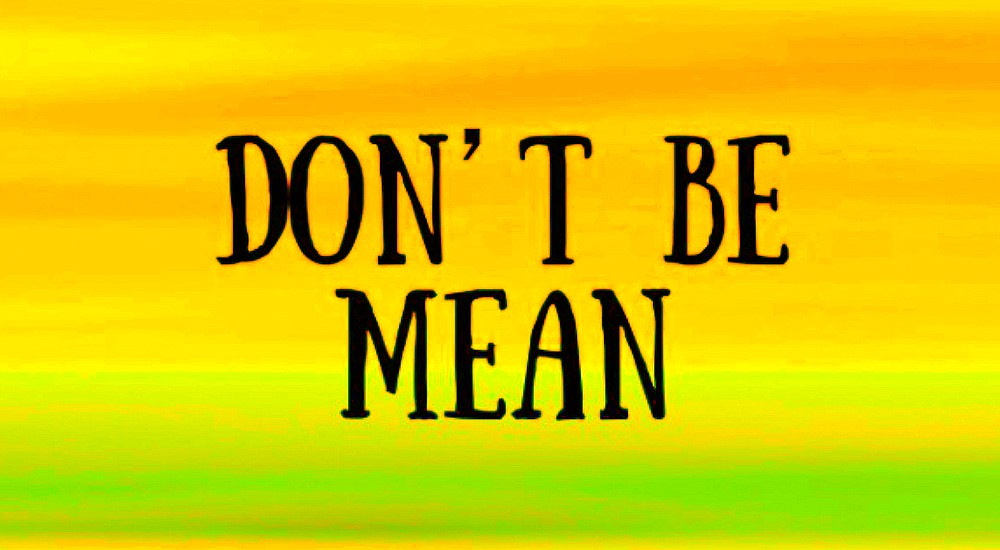 Founded upon Christian principles https://bit.ly/2kAC1uk, Americans have always eventually done the right thing – freed the slaves, gave women the right to vote and so on. While we are an extremely compassionate people, throughout our history we have made adult commonsense decisions to preserve our homeland; good stewards of God’s gift of America.

Today, leftists’ (Democrats, Hollywood and Fake news) most powerful weapon to overrule common sense and further their anti-America agenda is the word “mean.” Far too many Republicans and conservatives regard being declared mean by leftists an immediate stop sign; preventing the enforcement of our laws and blocking the implementation of commonsense solutions good for America.

Fully supported by American leftists, illegals are saying screw you America. We are invading your country whether you like it or not; arrogantly breaking our immigration laws. They demand to feed on our welfare safety-net set up for Americans. Outrageously, Obama gave illegals freebies unavailable to Americans; free attorneys and more. Obama used taxpayers’ money to spend over 60 grand per illegal to settle them in America. We spend $11 to $22 billion each year on freebies for illegals. https://bit.ly/2U5xcr1

Obama spread illegals around the country, irresponsibly putting medically untested children of illegals into our schools infecting our kids with strange diseases. https://bit.ly/2E9ICpb That was mean. Leftists like Obama are consistently mean to Americans.

Can you believe illegal students in our schools are allowed to demand that U.S. students not wear clothing to school that features the U.S. Flag on Mexican holidays? Illegals claim wearing U.S. gear on a Mexican holiday is racist, insensitive and mean. Incredibly, leftist school administrators agree and send U.S. students home for wearing t-shirts which feature our flag. https://fxn.ws/2zBfi6O

We welcome people who had a burning desire to become Americans and entered our country legally. For years, I witnessed the character and passion of such migrants when I performed my original song, “Celebrate America” https://bit.ly/2h0Swyv at Immigration Naturalization Ceremonies in Maryland. Many wept after taking their oath of allegiance.

Irresponsible foreign parents send their children unaccompanied to make the extremely dangerous journey to the American border armed with abortion pills because the chances of being raped are high. https://bit.ly/2DV7uQv Fake news hides the truth that illegals are committing horrendous crimes on Americans including decapitating a 13-year-old girl in Alabama. https://bit.ly/2DV3gbA Leftists attempt to silence anyone who states these truths by calling them mean racists.

Leftists hide the truth that the illegals invading our country are defiant; demanding rights while disrespecting our homeland. Fake news media and Hollywood flood the airwaves with images and lies portraying the invaders as good people simply seeking a better life. Therefore, it is mean and racist to attempt to stop them. Republicans, Conservatives and Trump voters who understand that without borders we do not have a country are branded mean racist haters by the American left.

Leftists strategically use the word mean to block the enforcement of immigration law. However, leftists have no problem being mean to Americans. For example Leftists hide and financially support illegal felons who murder, rob and rape Americans in their sanctuary cities; extremely mean to Americans.

Republicans and conservatives sought to pass Kate’s Law which would give mandatory jail-time to deported illegal felons who keep coming back. Democrats fought Kate’s Law tooth and nail, in essence, saying screw you to protecting U.S. Citizens.

Imagine returning home from vacation. To your shock and horror, your backyard has been transformed into a ghetto tent city with women, children and a large number of young men. Gang symbols are spray painted on your house siding. There are piles of trash. Invaders have broken into your home. Valuables have been stolen. The invaders run a massive number of extension cords from inside and outside your home to power their electrical needs. Your wife and daughter are sexually threatened. Your middle school son has developed a strange cough.

Upon contacting law enforcement and your Democrat mayor to remove the invaders from your property, you are excoriated; called a mean racist. Your mayor demands that you purchase more homeowners insurance, upgrade your electrical power and make various other concessions to accommodate your poor guests who are only seeking a better life.

Local fake news TV shows up. Keeping the mob of tattooed young men flashing gang signs off camera, the leftist reporter interviews a woman holding a child. Overwhelmingly sympathetic to the invaders, the reporter airs a news story portraying the invaders as good people who are simply seeking a better life. You are branded the villainous mean white racist homeowner who refuses to share your stuff. More illegals arrive daily invading other homesteads throughout your community.

My fellow Americans this is exactly what is happening to our country. Fake news media is attempting 24/7 to brand president Trump the mean bad guy for not opening our border to the free-flow of illegals. Democrats, Hollywood, social media and fake news media are doing their part to convince Americans that attempting to stop the invasion of our home is mean and racist.

Thank God president Trump is not deterred or intimated by leftists’ never-ending campaign to brand him mean and racist. Trump continues to make adult commonsense decisions in the best interest of Americans.