The West is the Best – and it’s Not Close 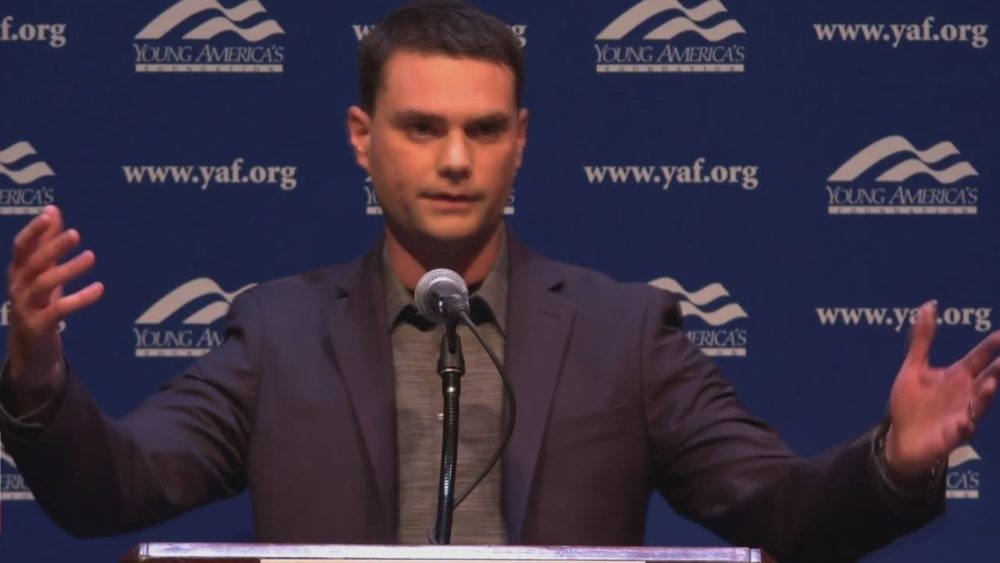 The great conservative Ben Shapiro is back with another short lecture from Prager University.

In his most recent “class” Shapiro explains why Western society is truly the greatest ever established.

Western civilization. It’s been around for a while, but suddenly everybody is talking about it. Some are anxious to save it; others are happy to see it go.

But what exactly is Western civilization?

Is it the great cathedrals of Europe or the Nazi concentration camps? Is it the freedoms secured in the US Constitution or chattel slavery? Life-saving medicines or poison gas?

The left likes to focus on the bad – genocide, slavery, environmental destruction. But those have been present in every civilization from time immemorial.

The positives are unique to the West – religious tolerance, abolition of slavery, universal human rights, the development of the scientific method: these are accomplishments of a scope and scale that only the West can claim.

These aren’t the only achievements that make the West special and uniquely successful. As Western thought evolved, it secured the rights of women and minorities, lifted billions of people out of poverty, and invented most of the modern world.

Progress hasn’t been a straight line, of course. But the arc of history is clear. The obvious proof is that the world is overwhelmingly Western. And, with few exceptions, those parts of the world that aren’t aspire to be.

Why? Why has Western civilization been so successful?

There are many reasons, but the best place to start is with the teachings and philosophies that emerged from two ancient cities: Jerusalem and Athens.

Jerusalem represents religious revelation as manifested in the Judeo-Christian tradition: the beliefs that a good God created an ordered universe and that this God demands moral behavior from His paramount creation, man.

The other city, Athens, represents reason and logic as expressed by the great Greek thinkers Plato and Aristotle and many others.

These two ways of thinking – revelation and reason – live in constant tension.

Judeo-Christian religion posits that there are certain fundamental truths handed down to us by a transcendent being. We didn’t invent these truths; we received them from God. The rules He lays down for us are vital for building a functioning, moral civilization and for leading a happy life.

Greek thinking posits that we only know truth by what we observe, test, and measure. It is not faith, but fact, that drives our understanding and exploration of the universe.

Here’s how the balance works.

The Judeo-Christian tradition teaches that God created an ordered universe, and that we have an obligation to try to make the world better. This offers us purpose and suggests that history moves forward. Most pagan religions taught the opposite: that the universe is illogical and random, and that history is cyclical. History just endlessly repeats itself – in which case, why bother to innovate or create anything new?

Second, Judeo-Christian tradition teaches that every human is created in the image of God; that is, each individual’s life is infinitely valuable. This seems self-evident to us now, but only because we have lived with this belief for so long. The far more natural belief is that the strong should subjugate the weak – which is precisely what people did in nearly every society in all of history. Only by recognizing the divine in others did we ever move beyond this amoral thinking toward the concern for human rights, democracy and free enterprise that characterize the West.

But Judeo-Christian religion alone didn’t build our modern civilization. We also required Greek reason to teach us objective observation: that man has the capacity to search beyond revelation for answers.

Greek reason brought us the notion of the natural law, the idea that we could discover the natural purpose – the telos – of everything in creation by looking to its character. Human beings were created with the unique capacity to reason; therefore, our telos was to reason. By investing reason with so much power, Greek thought became integral to the Western mission.

Nowhere is this more perfectly expressed than in the American Revolution, in which the Founding Fathers took the best of the European Enlightenment with its roots in Greek thought and the best of Judeo-Christian practice with its roots in the Bible and melded them into a whole new political philosophy.

Without Greek reason, we fall into fanaticism – the belief that fundamentalist adherence to unprovable principles represents the only path toward meaning.

The Soviet Union, Communist China and other socialist tyrannies rejected faith and murdered 100 million people in the 20th century.

Much of the modern Muslim world has embraced faith but rejected reason. It’s noteworthy that when the Muslim world did embrace Greek reason, from the 8th to the 14th centuries, it was a leading center for scientific advancement.

So, again, we need both – Jerusalem and Athens. Revelation and reason.

And yet, many want to reject both. These people call themselves “progressives.”

Ironically, they want to take us backwards, to a time when man was governed neither by reason nor faith, but by feeling, and therefore back to a time of moral chaos and disorder, of feeling over fact.

It would be a fatal mistake to follow the “progressives.” Stick with Athens and Jerusalem.

I’m Ben Shapiro, editor of The Daily Wire and author of The Right Side of History, for Prager University.