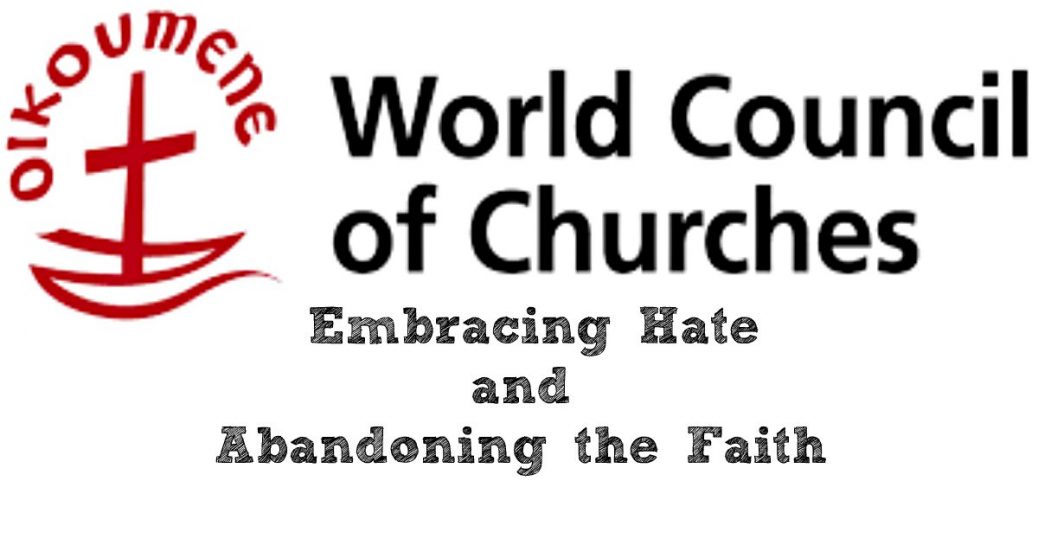 Perhaps there are no longer many who know the name Martin Niemoeller, a Protestant pastor most famous for his poem, as follows:

“First they came for the Communists, but I was not a Communist so I did not speak out.

Then they came for the Socialists and the Trade Unionists, but I was neither, so I did not speak out.

Then they came for the Jews, but I was not a Jew so I did not speak out.

And when they came for me, there was no one left to speak out for me.”

Neimoeller, an anti-communist, supported the Nazis until the churches were placed under Nazi control. He then founded the Pastors’ Emergency League, on September 11, 1933, to unite German evangelical theologians, pastors and church office-holders against Aryanism. He was tried and imprisoned for seven months, followed by seven years in concentration camps. Freed after the war, he became president of the Protestant church in Hesse and Nassau (1947- 1964), and president of the World Council of Churches in the 1960s, against which he would speak out now, given the opportunity.

The World Council of Churches, founded in 1948 and headquartered in Geneva, and its 350 mostly Protestant and Orthodox churches and some evangelical membership, overtly expressed concern for the safety of the Jewish people, but clandestinely began promoting a lethal anti-Israel agenda aimed at delegitimizing Israel in the Middle East conflict. Instead of worrying about Israelis’ being blown up by homicidal bombers during the Second Intifada (2000-2005), the group justified the Palestinian violence and vilified Israel’s self-defense. They established the Ecumenical Accompaniment Programme in Palestine and Israel (EAPPI) and the Palestine Israel Ecumenical Forum (PIEF) to end Israel’s “occupation,” aware that this action would eventually deprive the Jewish people of their own homeland.

With their hostility clearly focused on Israel, the Council sends activists to the West Bank to confront Israeli soldiers and settlers, while also repudiating the Arab aggression toward Israel and the Jews. So, they denounce anti-Semitism for public consumption, but individual members nevertheless continue their demonizing rhetoric against Israel.  And there is more (there always is): They avoid denouncing Muslim anti-Semitism and Muslim assassinations of Christians.

Interestingly, when the Provisional Committee prepared to create the WCC in Amsterdam, in 1948, they guaranteed full Church rights to Christians of Jewish descent, and expressed remorse to the Jewish survivors of the Holocaust along with gratitude to the Christians who had sheltered them. In fact, they even acknowledged that the Church had contributed to anti-Semitism – but they would consider Israel’s sovereignty. Not only did the WCC not support the creation of a Jewish state, but they attempted to delegitimize the entire concept.  They determined it best to not offend the Muslims who sought a second Holocaust. Recognizing the rights of Jewish converts to Christianity was an easy decision, but the rights of Jews to live in their own country remained problematical.

The PLO’s terror attacks in the early 1970s, as well as the Lod Airport massacre that left 26 dead and scores injured, and other Palestinian kidnappings and murders of Israelis, were also met with the Council’s benign condemnation, as though the Palestinians were striving for “human rights,” and not the annihilation of the entire state of Israel. Hijackings, once called “reckless acts of anarchy that disregard human rights” were now excused as “something not so bad because nobody got killed.”

The massacre of the Israeli Olympic team by the PLO in September 1972 was termed “senseless terrorism.” Rather than condemn the Palestinians’ heinous acts and demand the criminals be prosecuted, the WCC general secretary expressed consternation at the “senseless (!)” deaths of the Israelis, their abductors and the German officials – as though the “sacrificed lives” were not only equal but could have made sense given different circumstances. The suggestion is grotesque. He condemned Israel not to respond with reprisals, which thereafter became their modus operandi.

Contrary to its title, the UN World Conference Against Racism, Racial Discrimination, Xenophobia and Related Intolerance held in Durban, South Africa, in 2001, became a dedication to hate against Israel. Although the WCC claimed to disapprove of some of the statements, it nevertheless supported the document.

In 2004, they eulogized Arafat upon his death as a leader who recognized true justice, peace and security for Palestinians and Israelis. The WCC disregarded his massacres of Jews and Christians, the terrorism despite the Oslo Accords, and the billions of dollars in aid that was never used to improve Palestinian lives.

In February 2005, the WCC joined the American Protestant churches in the Presbyterian Church’s (USA) divestment campaign against Israel, blaming Israel’s occupation for the violence, not Palestinian aggression or the companies that profit from that aggression. The group also directed their blame against Israel for boarding the Mavi Marmara flotilla that was carrying jihadists and armaments to Gaza in June 2016, despite videos that showed the passengers to be the violent aggressors.

The WCC was quick to condemn Israel’s invasion into Lebanon in 1984, but protected the identity of the earlier massacres by the PLO and Christian Phalangists in the 1970s and 1980s, and the PLO’s massacres in Lebanon (1982). They also maintained their silence about the Palestinians’ horrific atrocities and executions of the Maronites (Roman Catholics) in January 1976.

The World Council of Churches no longer stands for democracy and Christianity – if it ever did without Niemoeller. In a world that has grown more dangerous, with fanatical terrorists and unstoppable migrants overcoming countries from which the indigenous populations are fleeing,  the WCC has declared its affinity for the enemy, those who threaten to establish a caliphate at Buckingham Palace, at the White House, and throughout Europe and Asia.  Statements issued by the Central Community of the WCC in response to brutal attacks against Christians refrain from naming the Islamic attackers.  Rather, they criticize Israel and silence those who dare defame Islam.

It is no surprise for Israel to be vilified by the followers of Islam, because Islam, like Nazism, is the antithesis of Judaism and they could never co-exist.  But when the Council of churches joins the accusers, it is the unkindest cut of all. Such action is foolhardy and self-defeating as the integrity of the Church’s theology requires the existence of Israel and the Jews, but the reverse is not true.  If it were possible to remove Judaism, Christianity would suffer the same fate thereafter.  Islam’s declared purpose is global conquest.  Pastor Niemoeller’s words ring as true today.

Like the tail-devouring Ouroboros, the WCC has turned on itself, and should no longer be able to rely on our citizens’ taxes and generosity to support the Palestinian Authority and the armed jihadists who seek Jewish and Christian destruction.  Isaiah 5:20: Woe unto them that call evil good, and good evil.

(With appreciation to Dexter Van Zile, “Broadcasting a Lethal Narrative: The World Council of Churches and Israel,” Jerusalem Center for Public Affairs) http://jcpa.org/article/broadcasting-a-lethal-narrative-the-world-council-of-churches-and-israel-6/