The Truth about Venezuela 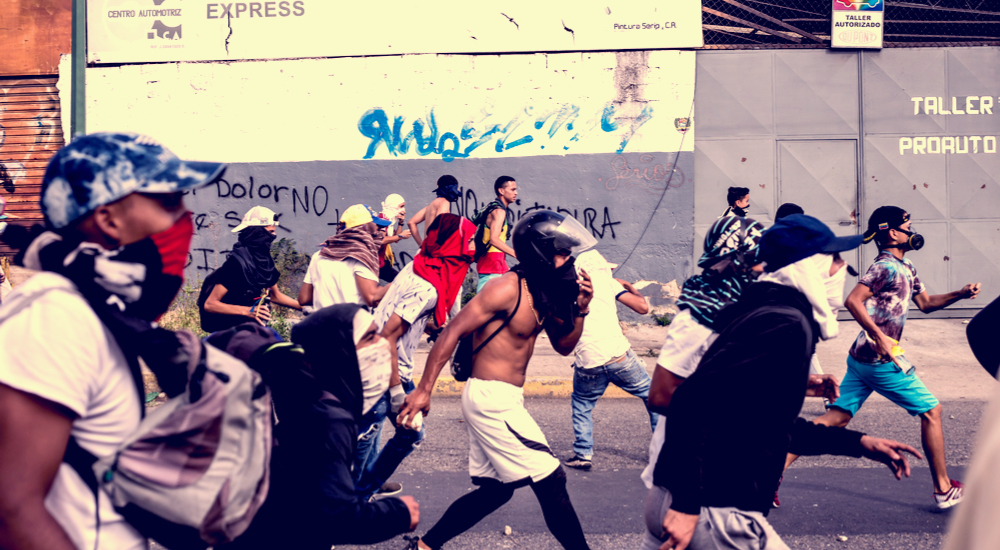 We’ve all heard the stories. People are so hungry in Venezuela that the citizens have resorted to eating their dogs and cats. How bad do things have to get before you’d eat your dog? Heck, I’d probably feed my dog before I fed myself.

Venezuela isn’t a country that has to worry about caravans of people invading its borders they have to worry about caravans of people leaving its borders which of course creates a problem for The United States. The more South American countries fail and collapse as Venezuela has the greater the risk to the sovereignty of the United States and what these people bring to the good ole U.S.A. isn’t an epiphany it is the baggage of what they left behind. Some claim illegals are a contributing factor but if they are bringing socialist and communists ideals with them which failed in their own countries then they are not an attribute they are a threat.

South American countries do not know how to run their governments or people. Their governments are corrupt from their capital buildings to their military to their police forces all of which can be bought. This incompetence and corruption are causing their citizens to flee their homes in search of the kind of safety and opportunity they were incapable of creating as a people. It is after all the people who tolerate such governments and conditions which allow these things to thrive. Instead, South Americans run away or hide from their problems further encouraging the incompetence and corruption.

The people of Venezuela need help from someone. If not the United States then who? Will Brazil and Columbia be helping them? Maybe Cuba and Costa Rico? Or should we just let a bunch more starve to death and watch the remaining who can start northbound caravans? South America is a pretty long continent and to make the trek from Venezuela to the United States and the trip would be long, grueling and dangerous. Good luck sending those invaders back home. Every broken heart from Seattle to Bangor would be screaming to the rafters.

America will do everything in its power to effect positive change in Venezuela. The kind of change that will allow people to own dogs and cats as pets again. Of course, every attempt will be made to avoid a military conflict but don’t kid yourself if relatively peaceful means will not solve the problem there will eventually be boots on the ground. In this case both for America’s security and humanitarian reasons.

With great power comes great responsibility. We are not able to save every person on the planet but we should be able to at least save ourselves from the peoples south of our borders and the only chance that has of happening is to get rid of the socialist and communist influences that have plagued that continent for decades so that those countries can learn to thrive.

So when you hear pundits complaining about the United States screwing around with the sovereignty of other nations try to remember that it isn’t really about the United States interfering with Venezuela that they are whining about. No, my friends what it is about is Trump Derangement Syndrome and the people who will use any excuse to attack him and those who want the attention that opposing anything Trump does has the potential to bring them. Screw the people starving to death in Venezuela.

This is what we have come to as a nation. Obama failed at everything he did and his peers praise him as if he was a messiah. Trump succeeds and he is the devil. Good is bad and bad is good. Welcome to the progressive utopia.