The Truth about Deportation 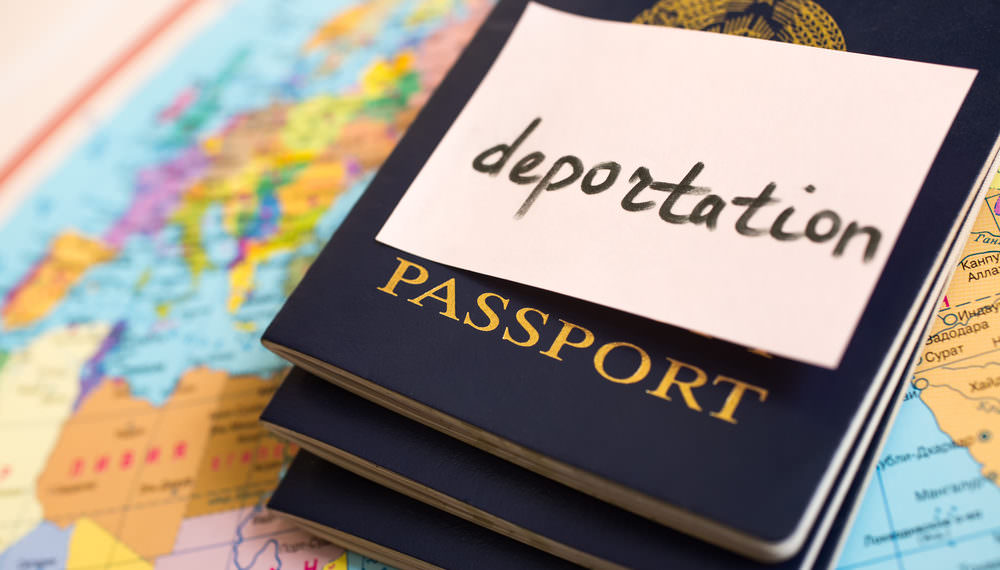 Here they are From: Official Website of the Department of Homeland Security

The formal removal of an alien from the United States when the alien has been found removable for violating the immigration laws. Deportation is ordered by an immigration judge without any punishment being imposed or contemplated. Prior to April 1997 deportation and exclusion were separate removal procedures. The Illegal Immigration Reform and Immigrant Responsibility Act of 1996 consolidated these procedures. After April 1, 1997, aliens in and admitted to the United States may be subject to removal based on deportability. Now called Removal, this function is managed by U.S. Immigration and Customs Enforcement. (ICE)

If eligible for immigration benefits those in removal proceedings can apply for various immigration benefits, which if granted, provide relief from removal, such as adjustment to permanent resident status, cancellation of removal, and certain waivers of inadmissibility. Eligible individuals may also seek asylum or withholding of removal, among other forms of protection relief.

If you are filing for relief or protection in immigration court, the government’s attorney will provide you with the pre-order Instructions for Submitting Certain Applications in Immigration Court and For Providing Biometric and Biographic Information to U.S. Citizenship and Immigration Services

If the Immigration Judge grants your application, you will be given the Post-Order Instructions for Individuals Granted Relief or Protection from Removal by Immigration Court at the conclusion of the removal proceedings.

These post-order instructions describe the steps you should follow to obtain documentation of your immigration status and work authorization. If relief or protection is granted by the BIA, your BIA decision will contain similar instructions for obtaining your documentation

There are no less than 10 forms to complete for DHS to properly vet the applicant.

OLA (Office of Legislative Affairs) has created a dedicated site for Members of Congress and their staff, www.uscis.gov/congress. This site provides resources to assist congressional offices with immigration casework and policy matters. The information we provide on this site is intended to support congressional offices in their search for information on our programs and to assist them in their casework.

USCIS understands the importance of a strong partnership with Congress, and our offices throughout the country host many sessions tailored for congressional staff only. For upcoming congressional events, please visit www.uscis.gov/congress

USCIS works closely with other federal congressional affairs offices from different agencies in our government. Please follow the links on the right side of the page to visit the websites of our partners.

https://www.uscis.gov/tools/resources/resources-congress  and there are no less than 12 sites available.

As we may know, there are laws in effect to handle our immigration problem. The solution is to begin enforcing them!  I believe this is what Mr. Trump has in mind.  This in no way is a “reversal” of the policy he has continued to maintain throughout his campaign.  If it is to be labeled a “softening”, it must because he has realized that it will take some help from Congress to achieve this goal.

Congress has many tools available to them – IF IT WILL USE THEM. Perhaps “We the People” need to encourage them to do just this.  Writing our representatives will surely help.  I would hate for Congress to ignore what the majority of its constituents are calling for!

These “harsh deportation measures” have been instituted 4 times in our history. In 1798, The Alien and Sedition Act allowed for deportation of aliens “dangerous to the peace and safety of the United States”.

In 1882, The Chinese Exclusion Act allowed deportation “when the public interest required it”. This was later repealed.

The Immigration Act of 1917 (passed in spite of a Presidential Veto) banned “homosexuals, epileptics, insane persons, alcoholics, professional beggars, all persons mentally or physically defective, polygamists, and anarchists.” It included immigrants from Southeast Asia, India and the Middle East.

So you see – it can be done. But, I believe it will require all of us.  We should let Mr. Trump know we are behind his efforts and support him when all he wants to do is protect us.

The Immigration speech is scheduled for today in Arizona. Let’s help!