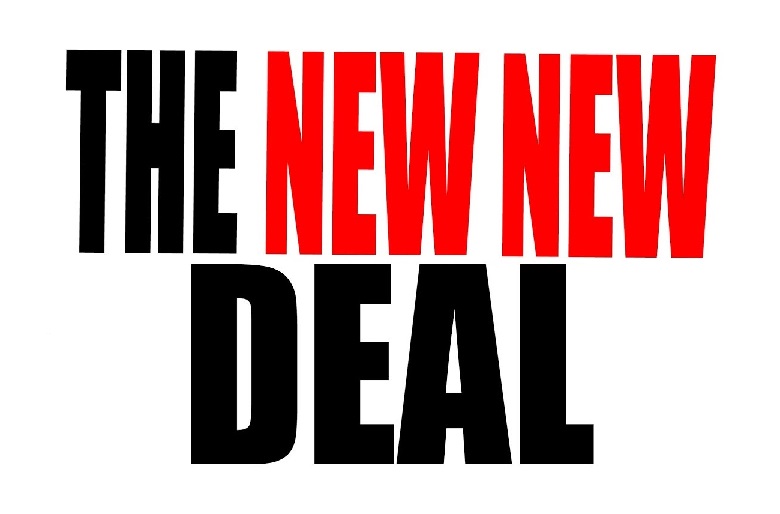 Given The Green New Deals blustering defeat in the Senate promoted heavily by Alexandria Ocasio-Cortez we have decided at TNN that it is time for us to introduce our own nonbinding resolution that we hope is picked up by a couple of House Republicans for a formal introduction to Congress. Since it is clear that the Green New Deal was simply a wish list without any resolutions we’ve decided to put together a list in kind. So let’s begin.

For as long as we can remember science and technology have been promising the American people flying cars. Although there are cars that do fly, they are not exactly Jetsons or Fifth Element quality and certainly, they are not what the average person takes to work each day. Like Toyota’s wildly successful Prius these flying cars should be hybrids and fueled by batteries, fans and solar power.

They have this Goodyear blimp that flies around my house all the time. The Germans got pretty good at making these things and now that they can float without fear of exploding so can we. People avoid trains and trains use up a lot of fuel and are dangerous. We could get rid of all these trains by moving people in blimps and maybe get rid of a few planes in the process. Like flying cars, blimps could also be hybrids.

Doesn’t it seem rather ridiculous that vehicles that seat 5 to 9 people only actually have one or sometimes 2 occupants in them most of the time? This type of behavior can’t be good for the environment and we’d like to see more people using Tuk Tuks. We wouldn’t do this by force like the left would but we would give people financial incentives to drive a Tuk Tuk. Offer people enough money or savings and they’ll drive pretty much anything. These 3 wheel scooters can easily carry 3 passengers and be an inexpensive means of transportation for many small businesses. They are currently illegal in most of the United States.

The legacy media is constantly promoting riding a bicycle to work and to get places. Unfortunately, there really are very few places that someone can store their bicycle safely and the reason there is no safe place to store a bicycle is that the police do not actively investigate bicycle theft. If you do ride your bicycle to work and someone steals it not only are they highly likely to get away with it, but suddenly you’re stranded. That isn’t a lot of incentive to ride a bicycle anywhere much less to work. We suggest new laws that make stealing a bicycle a mandatory felony and attach a 3 strikes law to it for repeat offenders. Steal 3 bicycles and you’ll spend a very long time in prison.

It is time America stopped screwing itself and revoke all rights for anyone illegally crossing our borders. No rights to housing, food, lawyers or constitutional protections. The only right they should have is to be sent right back across the border and if that doesn’t make an impact we still have prison ships we can put them on. The moment they cross that border illegally they have become criminals and should be treated as convicts as there is no question of their guilt.

Humans are pretty smart but are often underestimated by other humans. If the climate change scare has any truth to it whatsoever than immediate research and production needs to go into making ozone blowers that will create an ozone layer and/or add to the existing one. It’s hard to believe that no one has thought of this year but if cows farting is killing us then let’s solve the problem they way humans solve lack of snow on a ski slope. Just blow some more ozone up into the atmosphere and we’ll be fine.

Now, of course, this TNN New Deal would be a nonbinding resolution so it should pass without a hitch if properly introduced to Congress by any of these folks:

Any of these people will do.

This list could have been much longer but we feel it is best to start small to get the ball rolling. So please, support The Trump News Networks “New New Deal” and before you know it we’ll be going to work in flying cars, blimps and bicycles, and go grocery shopping in Tuk Tuks without even having to use sunscreen. Solving the illegal alien issue would just be the frosting on the cake.