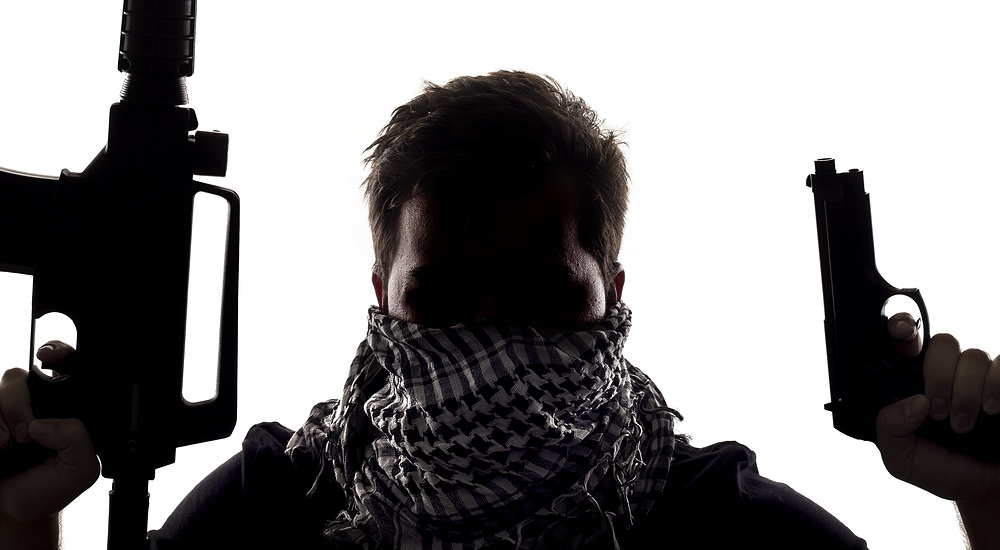 “What is going on in this world?” my mother said one day not too long ago.  “Years ago, we never heard about be-headings and people blowing themselves up — and if we had, we’d’ve been shocked.  Now it’s everyday news, and no one seems to care.  We are becoming immune.”  It’s true, although I was more than shocked when I saw the images (on the Internet) of journalist James Foley’s beheading in August 2014.  Not too long before that, I never would have imagined that a head could be removed from a body so quickly and so callously, and then placed on top of the body in some kind of gruesomely symbolic gesture.   I didn’t want to turn my face away from this tragedy as many others had done, so I wrote a little poem in his honor (seeking to capture a little of the humor that I saw in his wry smile):

“A death so brutal was the death of James Foley- More hearts would grieve, but many hearts (and minds) are filled with guacamole.”

And then the image of guacamole-filled minds and hearts haunted my zig-zagging thoughts, until I shed a number of heartfelt tears in perfectly-paced succession.  I bowed my head in reverence and hoped my strange little prayer had somehow found its way to Foley’s spirit.

After this experience, I started to pay more and more attention to what was going on in the Middle East, subscribing to reliable sources such as The Gatestone Institute.  Like many Americans, I used to ignore the endless problems in this eternally conflicted area of the world; once, I even joked: “Is this even news anymore?  Saying that there’s a conflict in Israel is like saying that there’s sand on a beach.  When will one side (or the other) just take the high road and LEAVE??!”

However, the “enemy” that threatens us now is unlike previous enemies, and the evil that they have unleashed seems to be drawing closer.  It’s not a far-away irrelevancy anymore.  No.  It’s here.  It’s arrived on our shores, and at least half the country (the Lefties, or the “Yowdies,” as I have come to call them) seems to be coddling and openly aiding this enemy.  We all know that the political correctness of the Yowdies has become a global hazard of unprecedented proportions, so it stands to reason that their weird fixation on Muslims can be seen in this light.  I suspect that they’re subconsciously attracted to Muslims because Muslims have the fiery, passionate faith — belief — that they have given up, and this might be the real reason that they’re so bent on flooding the Western world with people whose cultural mores are fundamentally incompatible with our own (this, and their not-so-secret aim to subjugate Christians and destroy Christianity itself).

It’s probably not coincidental that it is in this atmosphere that so many of our young are irrepressibly hypnotized by, and drawn to, the well-presented cause of the bearded fighters in Syria and Iraq.  This has baffled many observers, but I instinctively understand the plight of the young because in some ways their plight has been my plight too.  They have been handed a terminally conflicted and brutal world, a world that was savagely torn to shreds by Left-Wing maniacs over the course of 50+ years.  The glorious and vibrant America that we all once knew and loved only exists now in fleeting glimpses and isolated pockets, and the American Dream which once lit a fire in our blood is now but a distant memory.  When the Yowdies said at the Democratic National Convention recently, “America is still great,” it felt to me like a double insult because not only is that not really true, but they’re the ones who have killed America’s greatness — slashed it in two distinct halves with the devastating potency of their endless complaints and shrill and wrathful voices.

Even though much has been written about this by many highly capable and perceptive conservative philosophers and bloggers, only the Islamic Warriors themselves seem to have correctly identified America as “The Great Satan” in clear, unclouded language.  We may take offense to this, but who can argue that the Yowdies have led us into the pits of Hell?  Their unrelenting attacks on Judeo-Christian values have left us a world without morals, without God, without direction, without substance; they have clawed and clawed at the tender fabric of our nation and dragged us into a cesspool of filth, bitterness, and unconcealed decadence.  12 year-old girls dress and talk and act like cheap, street-corner tramps.  The Internet is overflowing with every kind of pornographic filth imaginable, having long since surpassed the human need for tasteful erotic stimulation.  TV shows and movies have mostly become Left-Wing propaganda, and present a ceaseless barrage of gratuitous sex and violence which have all but desensitized even the best of us.  Mass shootings happen with such bewildering frequency that news stations cover them for a day or so — and then they are completely forgotten, supplanted by the next grisly tragedy.  Sports stars are fired and publicly humiliated with startling savagery simply for disagreeing with the increasingly militant “gay” agenda, and no one seems to care very much.  Sickos burn the American flag at political rallies, and their actions are defended as “free speech” by the very people who have waged a war against free speech (the Yowdies, of course).   Police officers are being shot like the targets in a carnival game, and the Yowdies protect the angry black thugs who are mostly responsible for this.  And on and on.

There is a European version of this peculiarly Western disease, a Canadian version, and an Australian version, yet none of these cultures have sufficiently launched a counter-insurgency against the real terrorists: the Yowdies.  So is it any wonder, then, that we are called “The Great Satan,” and that the young would be so easily recruited to act against their own country?

I believe that one facet of this battle has been overlooked.   The Islamic fighters’ fiery, passionate belief in their version of Islam somehow makes them uncannily astute in their ability to see through Western lies, and it is this astuteness which emerges as the more slick and attractive victor when set against our own woefully inept defenses of our sick and dying culture.  Their version of Islam, more specifically, seems to produce the need to act out physically what the rest of us act out symbolically, and in this way our so-called enemies might merely be mirroring to us our own unacknowledged brutality.  As the terrorist mowed down many innocent people in Nice, so too do our vehicles mow down many innocent people each year: over 40,ooo deaths a year due to what I shall call, for the sake of this article, vehicular terrorism.   As the Islamic warriors behead their captives, so to do we behead each other every day of the week; even the most cursory glance at the “comments” section on any website will present a countless number of keyboard terrorists who slash and behead each other with their nasty, vicious words.  As the Islamic warriors crucify Christians in the Middle East, so too do the Yowdies crucify Christians in America, but they use slightly different methods: the mass media and legislative tyranny.

Let’s face it: the Yowdies have dredged up a lot of the very worst aspects and impulses of humankind, and these have been let loose upon our culture like a huge garbage truck that has crashed and all the garbage fallen into the streets.  So — yes, we can send more troops into Iraq and Syria.  We can increase our “intelligence” efforts.  We can try to de-legitimize the enemy.  But my guess is that none of these things will stop, or even deter, this extremely clever, resourceful, and driven enemy.  Only one thing will stop them.  We must first admit a terrifying and uncomfortable truth:  they’re right.