The Sins of a Nation? 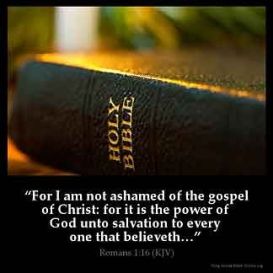 Donald Trump has said that “I am not sure that I have” ever asked God for forgiveness, telling the 2015 Iowa Family Leadership Summit that “I just go on and try to do a better job from there. At a rally in Cedar Rapids, Iowa, Donald Trump told a crowd of supporters that if they happened to see protesters getting ready to lob a tomato, they should “knock the crap out of them.”

Donald Trump has been married three times, has been accused of rape, molestation, and sexual abuse, but still had the 24% of alt-right, better known as the racist, bigots, and supremacists elect him as President of the United States. Donald Trump bragged in vulgar terms about kissing, groping and trying to have sex with women during a 2005 conversation caught on a hot microphone, saying that “when you’re a star, they let you do it,” according to a video obtained by The Washington Post, while also taking millions of dollars from low to middle class Americans for a fake university that was neither accredited, or worth the internet space it was advertised on. The fake university cost Donald a mere 25 million to be paid to the final settlement, but many huge corporations will settle instead of court cases which is to stop much being brought out concerning the intent, the reason for, and commitment by the perpetrator(s).

But the low information voters still continued to support Trump, and went ballistic on the social networks saying the reports were false, that Donald is too smart to do these things, and that who cares about those women, who all wanted it, and the idiots who paid the money, Donald is going to make America great! Every non-supporting person of the Donald either has their own agenda, are stupid, or are liberal according to Donald, his surrogates, and his followers. America is now on the brink of destruction, and Trump has not even sat within the 4 walls of the White House as the President yet. What shall occur once this sinful man becomes the Commander in Chief?

God, if you are a Disciple of Christ has laid some founding principles that America has forsaken, forgotten, and tossed to the side, and it is not only seen on television, but in all 4 corners of the country from people’s family life, to their careers, to finances, and to the destruction of a moral fiber. No man, no entity, no nation shall survive once they have turned their backs to God, and America has chosen gluttony over need, adultery over commitment, greed over necessity, and 24% of all eligible voters have taken up a pagan God Savior called Donald Trump. America is on the “EVE OF DESTRUCTION” and the only thing that will save it is for this country to fall on its knees and beg for forgiveness for the sins of the many. The evangelicals lost their way, Catholics are contemplating, Protestants are rolling out the red carpets, all for sin, changing in the teachings of Jesus, and acceptance of sin while seeing with blind eyes.

The Ten Commandments, also known as the Decalogue,

are a set of biblical principles relating to ethics and worship, which play a fundamental role in Judaism and Christianity. The commandments include instructions to worship only God, to honor one’s parents, and to keep the Sabbath, as well as prohibitions against idolatry, blasphemy, murder, adultery, dishonesty and coveting. When you have a populace accepting, overlooking and in their vote giving approval for most of the above sins, it is no wonder America is falling apart morally and intellectually. Ye shall hate the sin but love the sinner, does not mean you overlook so much sin and elect sin to lead you forward. I am the Lord thy God, and Donald Trump is no savior, but the serpent to God’s eternal promise. Thou shalt have no other gods before me which means you shall not listen to, support the words or actions of and put on a pedestal as a god Donald Trump. Thou shalt not make unto thee any graven image. Thou shalt not take the name of the Lord thy God in vain. Remember the Sabbath day, to keep it holy. Today we accept without complaint or remorse the greed of being open upon Sabbath, all for the almighty dollar. This was the foundation for a strong family, the nucleus of morality, strength, and upholding the values of God, the founding fathers, and the Constitution. Honor thy father and thy mother.  Thou shalt not kill. Thou shalt not commit adultery. Donald Trump has admitted openly, publicly, that he has committed adultery. We see married teachers being imprisoned for sex with their students, we watch on the news a man who has over 100 children all by different women, and we do not see that morality and specifically Adultery is not an issue within the four corners of America? Thou shalt not steal. This does not always mean blatant walking up and taking another’s property, it can be underhanded actions, plans in the night, and a slight of the hand that creates this theft, stealing, not only of property but soul, morals, dignity, honor. Thou shalt not covet (neighbor’s servants, animals, or anything else) (neighbor’s wife) (neighbor’s house), All scripture quotes above are from the King James Version.

The answers are in the Word, in the hearts and souls of many. America cannot afford this onward march into sin and low information if America is to stay healthy, strong, and without civil war, or another revolutionary revolt against Washington D.C. this time instead of the British Monarchy.