Fake News! No Liberals, the Russians Didn’t Do It 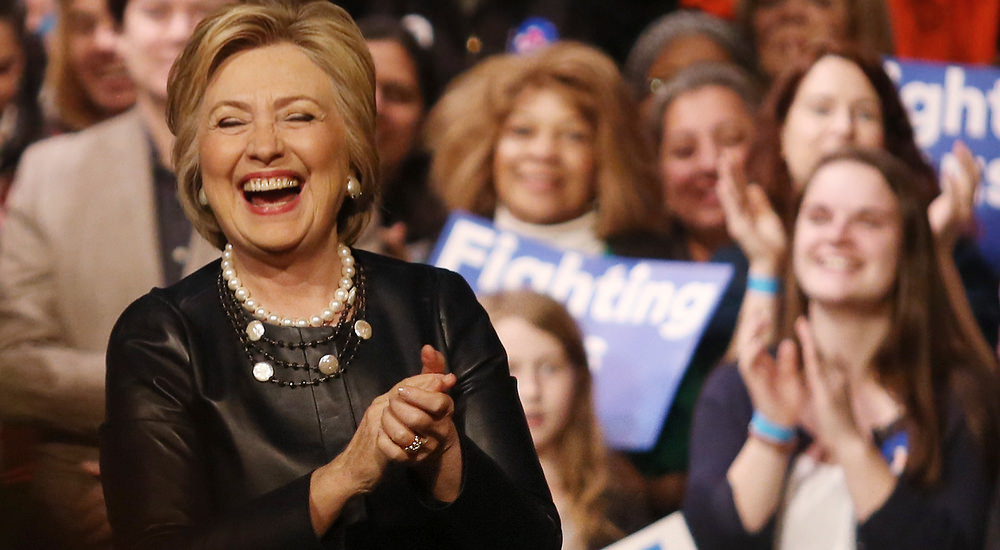 When I was in secondary teacher training we had to spend five days in a mental institution observing clinically insane people, with guidance from the professional staff, so we could learn to spot mental illness in our students to refer them to school psychologists.

Watching MSNBC is now very like that experience. I have not seen Democrats so upset since the Republicans came along and took away all their slaves. All MSNBC on-air people and many of their guests are in need of serious medical-psychiatric intervention.

The hot issue this week is the “Russian intervention of our election!” and MSNBC is not alone in this contention. Most notable is the major piece in Esquire Magazine, a well-known, national “slick book,” as they are called in the national magazine business. From a recent issue the following pull quotes:

“Putin’s own government had been preparing a vast, covert, and unprecedented campaign of political sabotage against the United States and its allies for more than a year.”

“This sort of espionage was business as usual, a continuation of long-standing practice. And during the cold war, both the USSR and the United States subtly, and sometimes covertly, interfered with foreign elections.”

“…the Russians stole the equivalent, as an Air Intelligence Agency estimate later had it, of “a stack of printed copier paper three times the height of the Washington Monument.”

Apparently the editors of Esquire, who are among the best in the business, got a little nervous from their own hyperbole so they swerved into justifying it with the likes of:

“The Russian campaign burst into public view only this past June, when The Washington Post reported that “Russian government hackers” had penetrated the servers of the Democratic National Committee. The hackers, hiding behind ominous aliases like Guccifer 2.0 and DC Leaks, claimed their first victim in July, in the person of Debbie Wasserman Schultz, the DNC chair, whose private emails were published by WikiLeaks in the days leading up to the Democratic convention. By August, the hackers had learned to use the language of Americans frustrated with Washington to create doubt about the integrity of the electoral system: “As you see the U. S. presidential elections are becoming a farce,” they wrote from Russia.”

And, as if this were not enough to assuage the skeptical they cited a previous such digital intervention:

“…a cache of more than eleven million computer files that had been stolen from Mossack Fonseca, a Panamanian law firm. The leak was the largest in history, involving 2.6 terabytes of data, enough to fill more than five hundred DVDs. On April 3, four days before the St. Petersburg forum, a group of international news outlets published the first in a series of stories based on the leak,…”

“Returning to the Panama Papers, Putin cited WikiLeaks to insist that “officials and state agencies in the United States are behind all this.” The Americans’ aim, he said, was to weaken Russia from within: “to spread distrust for the ruling authorities and the bodies of power within society.”

Some Russian businessmen have been stashing billions of Dollars, purchased expensively with ill-gotten, untaxed Rubles which deeply nettles the Russian powers-that-be as it reduces currency in circulation until it comes back fully discounted and worsens the trade balance, so the Russians have been chasing this, but their hound-dogging has not been accurately reported and has produced some telling writing such as:

“Matt Tait, a former GCHQ operator who tweets from the handle @pwnallthethings, was particularly prolific. Hours after the first Guccifer 2.0 dump, on the evening of June 15, Tait found something curious. One of the first leaked files had been modified on a computer using Russian-language settings by a user named “Feliks.”

This is highly doubtful as a hacker seeking information is not going to leave anything that will identify him, his computer or from where it came, certainly not his name. The people that do this work are like surgeons, not dolts leaving calling cards. “Russian language settings?” Like Cyrillic typefaces? Please, hackers do not write thank-you notes. And…

“A second mistake had to do with the computer that had been used to control the hacking operation. Researchers found that the malicious software, or malware, used to break into the DNC was controlled by a machine that had been involved in a 2015 hack of the German parliament. German intelligence later traced the Bundestag breach to the Russian GRU, aka Fancy Bear.”

Computers do not leave makers marks and the art of hacking includes the skills of maintaining invisibility in the work. Hackers do not leave calling cards, thank you notes or fingerprints. They enter, they look, they clip and they go. It is just that simple.

The source of all this, and much more.

Finally: The idea the Russians would prefer Donald Trump as President to Hillary Clinton is laughable. While Barack Obama and Hillary Clinton were running our foreign policy they waltzed into Crimea and took it over. They now have hooks deeply into the Ukraine and they are sword rattling at the doors of three Baltic Sea states with no reaction from Obama-Kerry which we feel is the same as if Hillary were still riding around the world with her three cellphones shaking down foreign despots. She was a disaster in a pantsuit and welders glasses to keep her from freaking out in a brain seizure as the lady is not well.

Mr. Trump has been advertised as quirky, unstable and vindictive wanting to increase our coal and oil output freely. No on is talking about the liquefied natural gas plant and shipping facility being built in Boston Harbor which could take a big bite out of the Russian gas business with Germany as can sell it to them cheaper and of higher quality at a better price.

Hillary would have killed that in the name of “climate change” in her utter ignorance so please do not tell us the Russians did it.