The Question is Why? 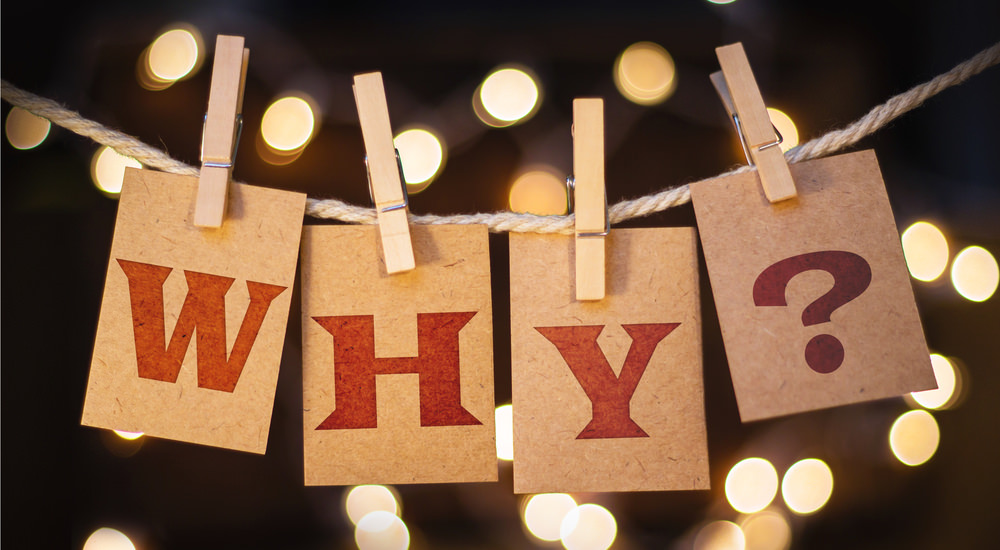 If the question is why, then the answers must be as varied as the subject of the query…right?  Let’s look at some of the questions that have come along in the last decade or two and see why we asked them, and why something or nothing, was done about them.

Osama bin Laden was not ensconced in a cave somewhere in the mountains, when he was killed.  He was living in a well-guarded house in Abbottabad, Pakistan and according to news reports, just a stone’s throw, eight-tenths of a mile, southwest of the Pakistan Military Academy.   So, the most-wanted terrorist in the world is, for all intents and purposes, under the protection of the government of Pakistan…at least that’s how it looks to me.   The question here is a multiple one because of the circumstances.  First, why was bin Laden being protected?  Second, why were we not notified about this arrangement and, finally, why are we still giving financial aid to Pakistan?   As near as I can figure, $4 billion is the figure that I find, as late as October 23, 2016.   Next question…what do we get for that money?

How did we manage to elect a man about whom very little was known before he took office in the White House?   Why was there no background check done on Barack Hussein Obama, given that he was an enigma with what many believe was a made-up family?   No one questioned his “leanings” in the direction of Islam…why?   Was this a social experiment, given the guilt heaped on America for something that happened way in the past…and for which we atoned many times over?   During his terms in office, wasn’t it plain that he was bypassing Congress, which was illegal, and making law?   Why did the Congress sit on their hands and do nothing while Hussein ran wild, apologizing all over the place for the country he was sworn to protect?   Why was America so eager to accept anything that the White House promulgated, even if there were serious doubts about whether it was legal, or if it would work?

Why did the Department of Defense insist on buying an aircraft that so many experts said was not what was needed, and wasn’t worth the money that it cost?   The airplane, of course, is the F-35 and it’s claimed to be the greatest and best military plane the world has ever seen.   It was supposed to be stealthy, to be able take off and land vertically, and to know everything about everything thanks to its amazing software and sensors. It can’t do any of those things so far.   The program has cost $1.3 trillion so far.   Somewhere along the way, military purchasing got out of hand…we all remember those very expensive hammers and toilet seats, don’t we?   Military purchasing has got to be done in a business-like manner and, to me, that means you put out a request for a certain thing and wait for the answers to come back.   Why then, do we have disasters like the F-35, and many, many other things, none of which measure up to that, which are bought without any thought behind them?

While on the subject of military purchasing, why was the United States Navy hornswoggled into three-color printed camouflage uniforms?   What genius thought that sailors dressed in that hideous uniform could hide aboard ship…and who would they be hiding from?   This is, I believe, just another case of military purchasing where someone’s uncle’s cousin’s brother-in-law needed to make some money and decided to sell something to the Defense Department that it absolutely didn’t need.   If you want personnel in the services to be proud…and re-enlist, you have to give them something to be proud about.   As a retired Navy guy I can tell you that I wore the uniform(s) proudly, and the uniforms were exactly right for the task.   You don’t work in whites and you don’t paint in blues…you wore dungarees, chambray shirts and, later on, ball caps as a substitute for the white hat.   There was a brief period when enlisted men wore uniforms like a Chief Petty Officer.   When I first heard about it I thought it was a dumb idea, and still think that way.   Why would anyone want to become a Chief, if everybody looks just like him, unless it’s just for the money?

One of my many mea culpas…I have said on several occasions that the current Secretary of the Navy, Ray Mabus, had not served in the Navy.  I was proven wrong and I thank the writer, and offer my apologies to Mabus for that…but I still believe he’s a political hack and a rubber stamp for the Hussein administration.  Ok, enough of that.

Why, in 1979 did we not recognize the restlessness in Iran, and let our embassy personnel get taken hostage, for over a year?   Why did our military intelligence tell us anything about that potential threat?   Why didn’t we deliver an ultimatum to Iran and back it up?  Why did we negotiate away a significant portion of our uranium, courtesy of Hillary Clinton and Bill Clinton got a $500K check for it?   Why are politicians, from any party, made to back up their campaign promises?   Why are groups that are preaching and fomenting hate, mayhem, murder and genocide, in the United States, not rounded up and jailed?   Why?