The Progressive Socialists Anti-Science on Abortion 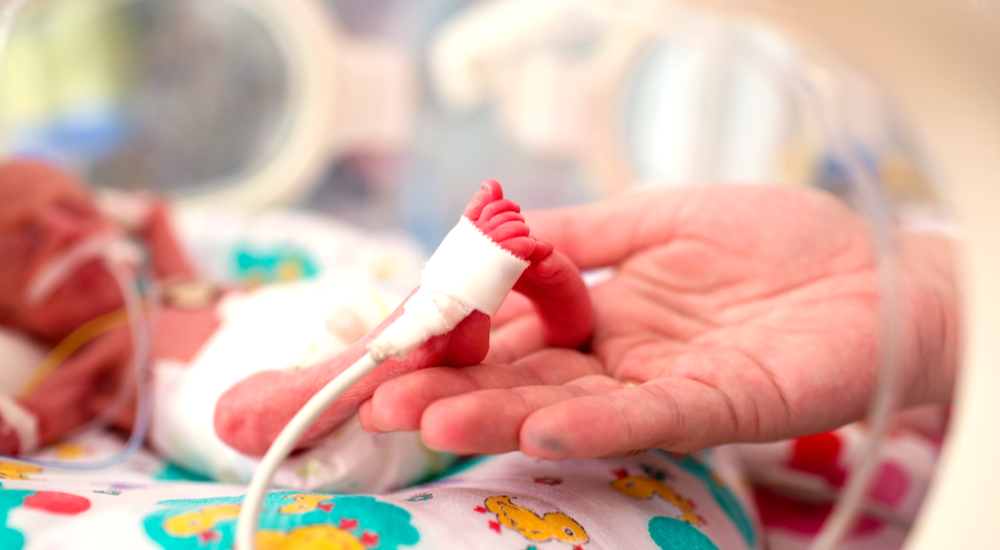 Roe v Wade was an errant opinion by the Supreme Court and one that has rightfully earned Public opposition because the Court ventured too far in the change it ordered. And presented an incomplete justification for its action.”

Those utterances will be condemned as taking reproductive rights away from women. Leftists will tell you that whoever spoke those words should be run out of town after being tarred and feathered. It is interesting to see the reaction from the progressive socialists and rabid feminists when they are told those words were uttered by none other than Ruth Bader Ginsburg in 1985. Even MSNBC knew that Roe v Wade stands on a weak foundation. Destroying the states rights to compromise the outcome of the citizens on abortion, what Roe v Wade has done is force a no-compromise ruling on the states and silenced any opposition until lately.

It is based on a woman’s right to privacy not found in the Constitution but was the premise to override a states legislative choice. The choice of the individual states is based on the wishes of the citizens of that state. The Supreme Court used arguments not enumerated in the Constitution to allow progressive socialist to inflict on the people of this country a “constitutional right” that does not exist and never has. It isn’t even legally flimsy but has no basis in the founding documents without the beleaguered opinion of the Supreme Court. For abortion to be codified, it may be by the passage of an Amendment and not by the views of the Justices who have convictions about the morality of abortion.

It is ridiculous that abortion is framed in the mantle of “reproductive justice.”  The question that needs to be asked is justice for whom? Ignoring the civil and human rights of an unborn child is not the foundation of our country and the religious tenets that founded our nation. Neither is the indoctrination of our children by elected officials on the virtue of abortion.

Or take the case of Dr. Warren Hern an abortionist that MSNBC had on to declare that those against abortion are terrorists going so far as comparing them to the Taliban. Both he and the correspondent went further to accuse anti-abortionists as creating violence and intimidation and of being mindless fanatics.

They ignore people like Kermit Gosnell, a fanatic in his own right, and in states like Pennsylvania, refuse even to consider primary medical care to be available at the site of an abortion. The Pennsylvania law would allow for no bans, eradicating a “heartbeat bill” that has passed in Pennsylvania and allowing partial birth abortions. Infanticide will be the law of the land if the progressive socialists have their way.

Progressive socialist politicians also feel the need to get involved. Pete Buttigieg even went so far as to inform Christians that abortion law was based on the Christian teaching of helping “the least among us.” Christians understand what the mention of those words in the Bible really means, and it does not include the tearing of a baby from its mother’s womb. But once again, bastardizing the Bible to a progressive socialist is fine as long as it meets the agenda they have chosen.

When Da Nang Dick Blumenthal was asked if abortions should be allowed for healthy babies in healthy mothers, he refused to answer. It is similar across the progressive socialist spectrum and the harridans of the feminist movement. When asked about the aspects of late-term abortion, they either change the subject or speak once again on “reproductive rights.” I want to ask them if abortion should be continually used as a form of birth control because some woman could not keep her legs together or find effective birth control.

Then there is Presidential candidate Kirsten Gillibrand, when asked why taxpayer funds should be used for abortion said It’s not your ( the citizens) decision whether to fund abortions. The government should fund abortions. I guess Gillibrand has forgotten who the government is and who she works for.  She is also for the repeal of the Hyde Amendment, passed to stop taxpayer funds being used for abortion. She considers abortion “reproductive care” a phrase always used by the progressive socialists which is a lie just in the statement. What about the reproductive care of the unborn child? Why is this a “right” when owning a gun will not be if the progressive socialist should gain power?

Even Joe Biden has flipped on abortion leaving a position against Roe v Wade rather than stand for his principles. And a tyrant in the making, Kamala Harris has determined that any abortion laws passed by the states must be approved through the federal government Department of Justice. She seems to think killing an unborn child is a civil right, but refuses to discuss the civil rights of the child.

All the presidential progressive socialist candidates have spoken of no limitation to abortion as a fundamental right of the woman. They don’t seem to understand that 75% of Americans, including 61% of those who identify as “pro-choice” agree that abortion should be limited to the first three months, a tenet of the Roe v Wade decision. All the Presidential candidates on the progressives socialist wing of the Democrat Party and all Democrats have voted against the Born Alive Abortion Survivors Act numerous times. Approaching 50 by the last count, the pro-choice party refuses to even let a viable baby outside the womb to live.

Anne Hathaway, who is nothing more than an actress explicitly stated that the Alabama lawmakers who she claims are men restrict abortions to be complicit in the death of black women. Ignoring the fact that Planned Parenthood was founded by a racist eugenist, how can she blame men for a law instigated and signed into law by two women.  State Representative Katrina Jackson for Louisiana spoke of Planned Parenthood declaring Pro-life crisis centers “fake clinics.” I suppose any clinic that doesn’t provide what is quickly becoming infanticide is a fake clinic. California attempted to pass laws that would force Pregnancy Crisis Centers into abortion referral centers.

Katrina Jackson also condemned the aborting of black babies as a “modern-day genocide.” It has now been shown that more black babies are murdered by abortion than by violence disease and sickness combined. Rep. Jackson has been at the forefront of using social justice as a way to curb abortions. She speaks of advocacy for post birth resources being made available for those who decline abortion with particular emphasis on needy families. The progressive socialists and even some of the Presidential candidates have spoken of no help being provided by pro-life groups after a child is born. Nothing is farther from the truth. One such group is the National Institute of Family and Life Advocates (NIFLA). Assistance from pro-life groups on a local level is everywhere, from church groups to small organizations and individuals. They also provide over $100 million to pro-life Pregnancy Crisis Centers that have developed in most areas to finding housing and food for those who decide to have their child. I have seen many stories about Planned Parenthood workers, up to and including managers leaving because of the despicable practices that happen there. How many have left Pregnancy Crisis Centers for the same reason? The women that I know that work in those centers are caring and always look forward to helping to make life better for all they can.

Kristen Day, the director of Democrats for Life of America, a robust pro-life group has shown that one-third of Democrats oppose abortion but dare not say that because they would then be set upon by the radical leftists that demand everyone speaks with one voice even though you may disagree.

Does Planned Parenthood care about their patients? Do they make a point to supply psychiatric assistance to combat depression,or do they allow them to just leave and go back to the same situation that caused them to get pregnant in the first place?

The language of abortion has also changed. To hide the reality of what abortion is the media in coordination with Planned Parenthood has changed the words used in the discussion. It has been such a large part of obfuscating what the reality is that NPR has put out talking points of what phrases and terms to use. Even the “pro-choice” moniker is a false flag. Choice? For whom? Certainly not the innocent child. Pro-life is now a term not to be used on NPR. The reason for that is readily apparent. What about partial-birth abortion, or late-term abortion? They have been replaced with the clinical “intact dilation and extraction — a sterile reflection of ripping a viable baby from the mother’s womb. Of course, the words “baby” and “unborn” can no longer be used.  They come too close to giving the baby the humanity it deserves. It shows the intense bias of NPR and other media that they can not speak in terms of humanity with any objectivity. Not stated by NPR is that in New York City alone the number of late-term abortions was 1,485 in 2015, while there were only 352 victims of murder.

So now, the country finds itself in a moral war over the rights of the unborn. Many states are passing infanticide bills, and in the case of Illinois allows full-term abortion in non-inspected clinics by non-doctors and no reporting requirements. Many states have attempted to force insurance companies to cover abortions and also to force a religious organization to cover abortions against the beliefs they hold.

And as pertains to Hollywood, they are more worried about the treatment of chickens at McDonald’s than they are about unborn children.

John Veliseks’ new book “One Patriots Opinion- for the Forgotten Men and Women of America” is now available on Kindle/Nook. Patriots! It is time to fight back.