The Progressive Socialist Anti-Science on Abortion 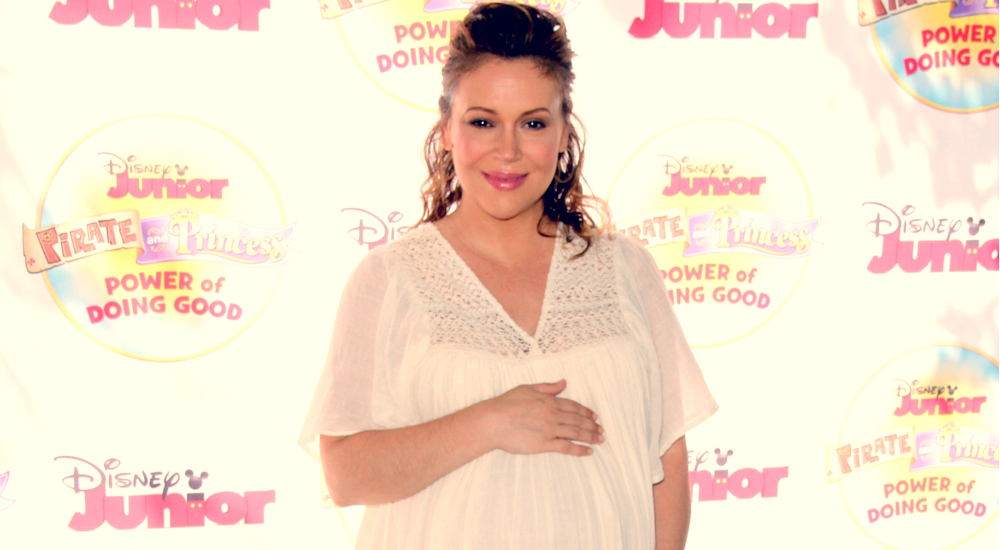 The Alabama state legislature has found the trigger for even more “moral outrage” from our supposed betters in Hollywood. According to the self-centered narcissistic celebrities, this group of men has coerced their state into passing one of the strictest abortion bills in the country. Over the last few days, the roar of victimhood from the delicate flowers in Hollywood and the halls of Congress have covered subjects from slavery to medieval torture to show just how offended they are.

The vilification of white males as the sole perpetrators of this heinous act has been, once again, rolled out to the forefront of our everyday lives. If men are the ones that are the evil in this country, how do you explain that Roe s. Wade was decided by a Supreme Court that consisted only of men?

Let’s look at a few examples of just how out of touch the pro-choice brown shirts have become. We have heard in the words of Ratajkowshi that these men are “imposing their will onto the bodies of women of low income the right not to choose to reproduce. The state is trying to ban abortions in areas where the highest proportions of black women live. Spoken like a faithful acolyte of Margaret Sanger, she has put forth the idea that we must kill black children before they grow up to become black criminals.

Dr. Alveda King, who is the niece of Dr. Martin Luther King Jr. set the record straight for the eugenics in the progressive socialist party:
“The leading cause of death in the African-American community is not gang violence, gun violence, heart attacks, stroke, HIV or high blood pressure. It’s abortion. Planned Parenthood intentionally moved into our community and claimed, “We are here to help you. Let’s kill your baby so you can have a better life.”

In 1983, Alveda King became born again and became a voice of the pro-life movement. She had undergone her abortions in secret in the 1970s and understood the damage done both to her and her family. Or what to make of the word salad put forth by Alyssa Milano that women should go on a “sex strike” and used the royal collective “we” in an attempt to demand all women agree with her immoral ideas on abortion. Even going further, a columnist for the Guardian demands that women stop doing anything. Don’t take the children to school, don’t do the wash, don’t interact in any way with the day to day living of the family. She claimed it is time to stop caring. These women and the other insane feminists seem to think that women only have sex to keep men happy. That sex is nothing more than a commodity to be bartered or traded for what they want.

Milano has now moved to a more active position, calling for the flooding of Senator Larry Stutt’s Twitter account. This has lead to comments like one from Heather Whaley accusing Stutts of loving when a family member rapes little girls and forced to carry the baby. Perhaps, Heather, you should remember that this is Alabama and not Hollywood, where that happens regularly.

Milano once again proclaimed her ignorance in the following statement:

“I don’t think there’s a human on the planets that’s not pro-life. Nobody wants to get an abortion. We are all pro-life, but there are circumstances that we cannot avoid. There’s just not being ready and what that means financially and for someone’s destiny. This is an economic issue”

Let’s unpack what that means. If you get an abortion you are not by definition pro-life. And the circumstances that lead to an abortion, for the most part, are avoidable. My mother told me that her mother told her the most effective form of birth control was an aspirin, held between the girls’ knees. Abstinence works every time it is tried. And if that is too hard, there is birth control which in many progressive socialist states the woman does not even need to pay for. This is real birth control that can discontinue the use of abortion as birth control.

And how to explain the garbage put out by progressive socialists like Sen. Kirsten Gillibrand who has claimed that pro-life legislation is against the Christian faith. She claims that God gave us free will to make decisions for good or, which is true. But if she is trying to convince Christians that God condones abortion, she needs to read her Bible, if she has one, a little more closely. Separation of church and state as she is so willing to espouse does not allow for those of no faith to attempt to shut down those whose faith is a part of their daily lives. She hides abortion behind the curtain of a “woman’s reproductive health” a lie that has been used for decades and no one believes anymore.

And then, our favorite mediocre bartender Alexandria Ocasio-Cortez had to spout off comments that can only be described as stupid. She claims that “religious fundamentalists” are trying to “outlaw sex”. The religious members of our society do not want to outlaw sex, but they feel irresponsible, immoral sex should be curtailed, much s it has been since the start of the Christian religion. She whines about limiting birth control ( toe government doesn’t) to banning comprehensive sex education ( the citizens of this country don’t like first-graders being trained in the propaganda of transgenderism.

Ocasio-Cortez was full-throated in her affirmation of Democratic Virginia Ralph Northam as he discussed murdering a bay that was born alive. Later, he mentioned that this was strictly for babies with severe deformities, which was not mentioned in the original press conference. In response to this, Sen. Sasse (R-NE) attempted to pass the “Born-Alive Abortion Survivors Protection Act” which has been voted down by the progressive socialist Democrats a total of 39 times so far.

This is a small portion of the anti-science that the progressive socialist will continue to push to devalue human life. There is more to discuss on the subject of abortion. There will be considerable pushback on the issue. From the attempt to shut down religion-based adoptions to the censoring of all who disagree with the socialist devaluation of life. The technology and methods used to increase the viability of the unborn will continue to move forward. Even now there are younger, savvier millennials who consider abortion to be a barbaric procedure. Time will tell where this goes from here, but the pro-choice harridans understand that the people of the country understand that there are alternatives.

And they will fight like hell to continue to endorse the murder of the unborn.

This country has taken abortion to the limit. These “elite” consider the citizens of this country as rabble who need to have decisions made for them. The majority of the people in this country consider abortion as immoral, and late-term abortion as murder. They understand that abortion is not a form of birth control and that a “woman’s right” to an abortion does not exist anywhere in our laws. Abortion has never empowered honest, moral women. I have found that women who are proud of having an abortion are usually depressed, angry, and defensive.

The propaganda being pushed by the progressive socialists is that the pro-life group is nothing more than a Republican agenda to divide our country. When you hear them say that, ask them about Democrat Gov. John Bel Edwards who is preparing to sign a pro-life “heartbeat” bill into law. Gov Edwards discovered that his daughter had spina bifida while still in the womb. Doctors encouraged the family to consider abortion. They did not. Their daughter Samantha is healthy, happy, married, and working as a school counselor. There are others, moderate Democrats who will not speak up but are against the infanticide that is the progressive socialist’s agenda.

It isn’t about giving them choices, but about taking of innocent life. They speak of constitutional rights and a higher morality that the peasants that they wish to control. There is no morality in abortion. They refuse to focus on the taking of innocent life, on the dehumanizing of the separate entity that is the unborn child. Importantly they refuse to answer the question of whether taking the life of a fetus is less important than the “rights” of the mother, but it is a price they are comfortable with, even going so far as using abortion as birth control.

Roe vs. Wade was validated on the right to privacy, a power that is not discussed in the Constitution, and does not give one person the right of taking the life of another. Those who call abortion a right overlook the taking of innocent life and are hypocrites.
In the words of Abraham Lincoln,

“It was their lofty, and wise, and noble understanding of the justice of the Creator to his creatures. Yes, gentlemen, to ALL his creatures to the whole great family of man. In their enlightened beliefs, nothing stamped with the Divine image and likeness was sent into the world to be trodden on, degraded and imbruted by its fellows.”

The American people can no longer allow a future life to be considered a mass of cells, less than human, or as was declared this week a parasite. Human life at every stage has value, and human life has been proven to start at conception, no matter what progressive socialist politicians claim. The unborn are entities of their own, with a distinct DNA and does not dimish worth just because that is part of a symbiotic relationship with the mother for a time.