Why Orlando Still Matters if You Care About Gun Control 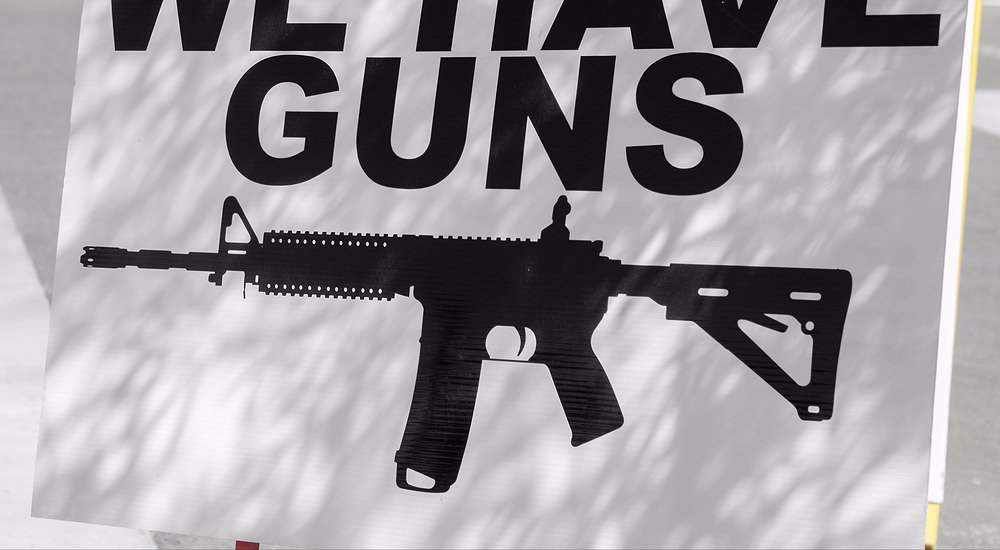 The aftermath of the shooting in Orlando, FL resulted in as many varieties of reactions as emotions. Most of us in the country woke up to the terrible news of the gunning down of forty-nine of our citizens minding their own businesses. The news spread quickly like a wild fire that it was impossible to miss it. Most of us were probably dumbfounded, wondering what could possess a person to mow down other people that haven’t done him any harm or threatened his life in any way. We watched the faces of relatives and loved ones of killed and injured persons and wondered what they were feeling. We all know that at a time of grief, the most common feeling with most people directly affected is not love, but rage against someone who could produce such carnage.

As more information filtered through about the identity of the gunman, various emotions surfaced, and with those emotions came reactions. Some were highly calculated. Others were raw. Some anti-guns in the country quickly took to the public air to blame guns and their ready availability for the mayhem. So started the blame game except that the actual perpetrator of the act was dead. The FBI wanting to reduce the blame that it dropped the ball in its duty to safeguard citizens, quickly let the Press know why Omar Mateen was allowed to roam free despite previous reports of the looming danger. A co-owner of Lotus Gunworks even called to alert the FBI of Mateen trying to buy body armor and powerful guns few weeks before the incidence. However, Mateen was not identified at the time until after the shooting. And as if the water wasn’t muddled enough in the guessing game of why Omar Mateen did what he did a man, Miguel, even came out public to claim that he was almost Mateen’s gay lover.

Unfortunately, most of the reactions were political. Suddenly it was how best to capitalize on the event to get the maximum political benefits out of pure evil. Remember Rahm Emanuel’s phrase: “Never let a serious crisis go to waste”? Immediately many special interests started to prescribe what they felt are remedies to cure crisis of gun-related violence in America. As expected in an election year, the candidates jumped into the controversy with the main purpose of maximizing the benefits to his or her individual campaign. Both Hillary Clinton and Donald Trump suddenly started to issue statements through various media available to them. Soon, not just the evil, but the reaction of each candidate became news in itself, with only Obama remaining the figurative adult in the political arena-for a while. Not that the President was completely devoid of political grandstanding- he is too much of an exploit expert in that regard, but he allowed a little breeze to blow over the incidence before his political statements.

Hillary Clinton demonstrated her constraint by carefully choosing her words to look more like she was actually feeling something for the victims and their relatives and loved ones. Like a stateswoman she condemned what happened without condemning the perpetrator. She showed how refined she was as a politician of long standing by not offending anyone. Everyone, especially the Media, praised her carefully chosen words. Even if some people saw her response as shedding crocodile tears, it worked well for her. In the poll following the incidence, Hillary had a sizeable approval lead over her rival, Donald Trump. President Obama later presented his own repertoire of what went wrong. Like Hillary Clinton the president was calculated and picked his words carefully. He joined Hillary Clinton in the denunciation of Donald Trump.

Donald Trump, in contrast, proved his political inexperience by his careless proclamation and condemnation. Despite the announcement that Omar Mateen was born and grew up in the United States, Trump went on a tirade of his own. He went into group condemnation of Muslims. He called for controlling the boarder to stop possible infiltration of Islamic States sympathizers. He proclaimed and congratulated himself for being right about the need to curtail accepting immigrants from Muslims countries, because of their ideology of hate and violence. As a result, the Media labeled his response as mindless and filed in whatever it felt people would believe about the presumptive Republican candidate. Donald Trump dived down in popularity poll as many people considered him less empathetic and someone with loose tongue, someone who talked first and think later. The Republican establishment who wanted and had tried its best to destroy Trump’s candidacy by any means possible, stampeded on one another to condemn him. Even people who are strong supporters wished that Donald Trump toned it down a little and become more refined. After all, he was running for the office of the President of the United States, the most powerful political office in the world. Some pundits even advised the Republican Party elites to find a way to teach Trump how to speak with gentle understanding, though still with authenticity that drew many stalwart supporters to him in the first place.

The most unfortunate thing is that Orlando mass killing happened in this national election year. The president had eagerly, but predictably called for stricter gun control laws in a special address a week following the killing, and the senate is considering some amendments to the gun laws. In some ways both gun control advocates and gun-right proponents have statistics on their sides. Proponents say that people rather than guns kill other people. It is true that people kill other people with other weapons beside guns. However, it would be difficult for only one person to kill forty-nine people at a time without a gun before he was incapacitated. The flipside of the coin also will support the fact that if just one of those patrons had a gun, that patron might be able to stop Mateen before he could kill so many. Gun supporters point out that bad guys would always get guns on the streets for their evil deeds. They point to France with the most restrictive gun control in all of Europe and the kind of disadvantages that an average French had in the event when terrorists gunned down 141 and 32 people in various locations in Paris and Brussels respectively in 2015. Gun control proponents proclaim that the role of our government is to keep us safe. Gun right advocates proclaim that the role of the same government is to keep us free. Is there any middle of the road for the opposing stances?