The Clintons Curious Relationship with the Truth 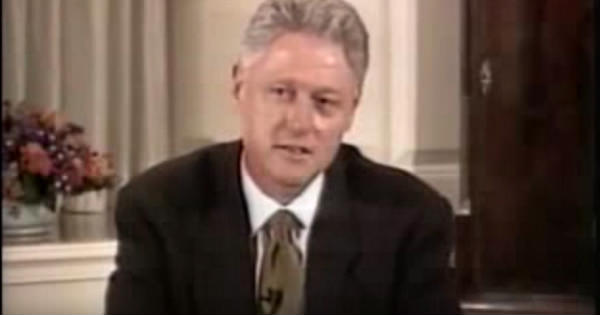 First of all if something IS then what it IS may be a perfectly valid question. but to question the established existence of anything IS to posit that existence IS subjective and malleable. This is like declaring that it depends on whether you accept the absolute or simply conjecture what IS or ISn’t based on arbitrary whim or pretense.  This is like playing cards where the wild cards can be anything at any time.  This won’t fly in card games and it won’t fly no matter how much political power you think you have. It was said this same President often cheated on his golf score.  Cheating IS cheating no matter what the rules are you break, even matrimonial promises.

When someone questions whether IS is arbitrary and subject to interpretation you have to ask yourself why IS this person using such a contradictory claim. How can you use a word to question its meaning?  If you know what it means and you are using it in a context that you are certain IS correct how can you then say the word you are using has various meanings?  If IS can be some form of not is then it ISn’t.  There are no is’s that falls outside of isness.  IS is the verb associated with existence.  It is the singular form of the phrase to be.  To be or not to be in the vernacular of Clintonism is IS or not IS.  There is no other category of IS.  If it IS then it exists.  If it Isn’t then it doesn’t. The statement “ It depends on what the meaning of is is” IS a statement that throws into question the meaning of IS.  Yet it uses the word within the statement to declare that IS can have various meanings.  And what are those other meanings?  No answer.

People who don’t want to answer questions often equivocate.  A criminal on the stand may say ,”I didn’t mean to take the money”.  But if he took it and he kept it and showed no intention of returning it to the rightful owner, his statement cannot be factual.  Of course he meant tot take the money and his subsequent actions prove it.  Criminals lie and this is the first in their hierarchy of their activity.  An honest crook is impossible.  The second level that is a corollary is trying to get away with a criminal act by rationalizing the crime wasn’t really a crime.  If you believe what you did didn’t happen, you can easily believe that your intentions justify your crime. But this is only dreaming.  For a dream is the contrary of reality. Choosing not to wake up doesn’t turn a dream into reality , it only prolongs the absence of a state of awareness of what really IS.

A small boy might try to get away with a stolen cookie by saying, “ It depends on what you’re calling a cookie”.  This is the childish version of a interrogated political leader who got his hand caught in the “cookie jar”.  With nowhere else to go he was unwilling to own up to his lies ( which he was forced to admit when the evidence became irrefutable ) so he posed the answer that called into question the basic phenomena of existence.  This is as low as a human can sink.  While he IS, he is asking you to reconsider all of isness ( i.e existence ) as his defense for not wanting to answer honestly your question.  We had seen an earlier demonstration of the willingness to pretend what really happened didn’t happen because he said so.  ‘ I did not have sexual relations with that woman, Miss Lewinsky “  But the IS was and he knew it ,but he wanted everyone to believe that it didn’t because he said so and that would make reality and history change. But even the most powerful man in the world cannot change the reality of the past.  Communists, Nazis , Fascists and all totalitarian governments tried to tell the people the policies they advocated were benevolent.  History demonstrated after the evidence was presented and judged against the propaganda, that all the flamboyant rhetoric was only a delusion.  And on a smaller scale we saw the President of the United States try to pull the wool over our eyes with a cheap nonsensical statement that contradicted itself and called into question all of reality.  The equivalent of his statement was, “ Are you going to believe what you hear or are you going to believe me?  This after being confronted with irrefutable evidence that he lied to a nation on national television.

A  favorable legacy is not built on acts of dishonor or word manipulation.  It is built on the recorded actuality of a term of office.  The legacy of Stalin or Mao or Hitler was not what they had their henchmen broadcast.  Their legacy lies in the recorded atrocities of their reign.  That IS what a legacy consists of.  It matters not whether they had a belief that they could make things be other than they were. And it matters not if a past president uttered a humiliating answer to a simple question.  For when the reality of reality hits a pretender in the face and he must confront his dishonesty and the reality of his legacy, you would expect him to lash out in an unprovoked manner to try once again to exercise the power he once thought he had and abused.  You will see no remorse from Obama for faking his birth certificate or from Bill Clinton.  They will both end life on this earth pretending what they did  did not happen.  Because what is becomes what was and nothing can change that.  That IS history.