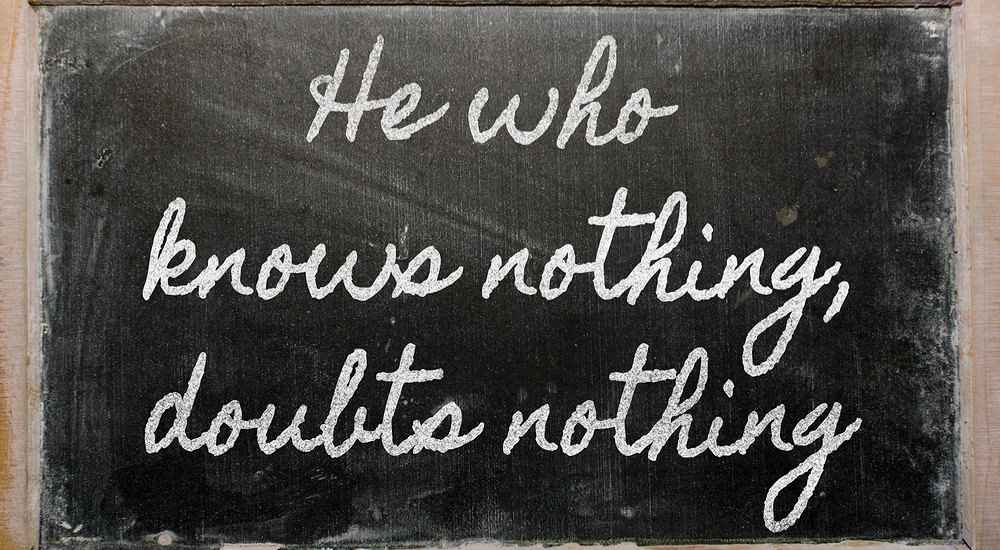 A newbie entered the dojo. He wanted to show he was better than the others, that he had more courage and skill. When the sensei showed a technique, he learned just a little of it and used brute force to “defeat the adversary.” We practice with other students, and can dominate someone weaker or with less experience using brute force. The newbie often “defeated” the other students, but since he never learned the technique completely, he never “won.” But because he could “defeat” most, he believed he knew it all.

Despite his arrogant attitude, despite the fact he was learning nothing, the sensei liked his courage. He decided to put a little personal time to see if he could stop the newbie’s indolence enough so that he could begin to learn. The sensei showed the newbie that his own strength could be used against him and that every technique has a counter technique. The sensei hoped to develop a student, but the newbie persisted in his attitude. In each session, the sensei proved that the newbie was wrong and the sensei was right, because in each case, the newbie ended up on the tatami. He could not defeat the sensei, but he never learned that the error was his attitude.

But even the sensei had his limit and got tired of his indolence. He put him on the tatami hard enough to make him hurt for a week. But the newbie was young, strong and believed himself indestructible. And he was so stubborn that he persisted in his attitude, and thus in his mistakes. He never learned from the sensei and always looked to defeat him by force instead of technique and thought. And, with the sensei, he never could. But the novice insisted that the master was wrong and that he was “passing through a dark night in his life.” Well, many years ago, the sensei had passed many dark nights in his life. The newbie had no idea of how dark the night could be.

He never again returned to the dojo without receiving his well deserved beating. Finally he left, voluntarily, but never learned his error. Those that think they can win by insistence, insults and brute force find that there is a limit to their arrogance, and to others’ patience.

By believing he knew it all, he proved that he knew nothing.