The Left Fears Bill Barr Most of All 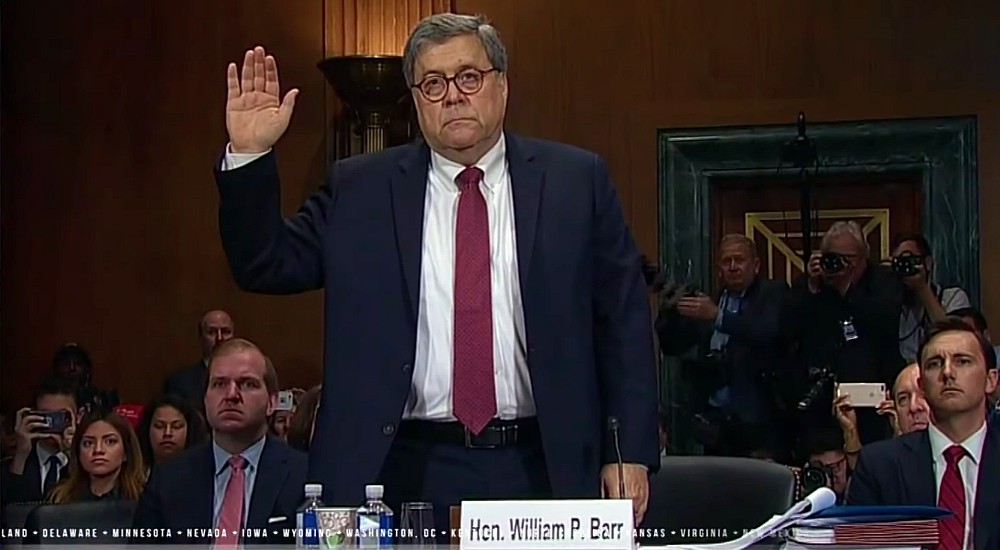 Democrats will always telegraph who they are afraid of most. Oh sure, if one has an ‘R” for Republican after his or her name, you can be certain you’re generally a target.

As an aside, and completely off topic, it’s odd that I, one the more politically incorrect humans in America, actually gave a thought when I penned the words his and her. As if there is another option. Yet today, according to one source there are now 96. I just chuckled under my breath as I wrote the two terms, thinking how absurd society has become and even I, in some small way, while not succumbing to it, did give it even a passing thought.

Anyway, back to it.

But while the left will never be kind to the R’s, there will rarely be a full-throated assault on them, for they are not the ones the Dems fear.

The left fears the most effective among us, whether they are in media, like Rush Limbaugh, Sean Hannity or Glenn Beck, or conservative politicians.

Interestingly, Mark Levin has been spared these targeted attacks more than his conservative colleagues. The left undoubtedly fears Levin, and I’m sure would love to take him out, but he differs from the others in one very important aspect. They fear his legal prowess and power of retribution more than they believe they could gain. He has a knack for hitting the left where it hurts and then daring them to come after him. As far as I know, no one to date has taken up the challenge. They are wise not to.

From the moment Donald Trump got elected, the left has feverishly tried to end his presidency. The Deep State has tried everything they can think to run him out of town, but always come up short and befuddled. After all, their threats and smear tactics have worked almost without fail on many other Republicans, but Trump is different. Unlike the run-of-the-mill Republican, Trumps fights back and won’t back down.

They’re finding out that Attorney General Bill Barr may be cut from the same cloth. They were able to run roughshod over his hapless predecessor, Jeff Sessions. The Dems appeared to like the new AG at first, probably owing to his position in the kinder, gentler, George HW Bush administration.

But whether Barr had an epiphany, or just came out of his shell, neither the left nor anyone else expected him to be a straight-shooting non-political animal. It was obvious, during his marathon Senate testimony, that he was unwilling to take anyone’s crap, and like Trump, was able to throw it right back.

No one, including Kamala Harris, got the better of him. And the left is now scared to death of this man. Never in the world did anyone in the Deep State expect the potential blowback that Barr has promised.

It’s why, in my opinion, they haven’t thrown Bob Mueller under the bus just yet.

They bet all their chips on the Mueller report, to bury Trump under a mountain of collusion and obstruction charges. For two years they proclaimed Trump’s guilt, which would ultimately lead to his impeachment. That back-fired big time.

Now, with Barr’s promise to follow the trail wherever it leads and prosecute any and all, the only chance they appear to have left is to bring Mueller forth and bully him into testifying that Barr completely mischaracterized his team’s findings. Somehow they must force Mueller to admit that there is actually some underlying malfeasance that everyone missed.

But there won’t be. And then watch the gloves come off as the Dems go into full-blown hysteria.

The flak gets heaviest when you’re over the target, and it appears the Dems know now that Barr is in the bomber’s seat. Hopefully, shock and awe will ensue, cutting a path through Comey’s FBI, Brennan’s CIA, Clapper’s NIA, and leading to the doorstep of the Obama administration.