The Kwanzaa Con: A Fake ‘Holiday’ Created by A Racist, Con Man, Rapist, and Abuser

Every year I post a piece about the shocking truth about the scam that is Kwanzaa. It is a racist holiday created by a rapist and torturer who has posed as a “professor.” This year will be no exception.

Kwanzaa, the purported “African” holiday celebrated only in the United States, is the ultimate politically correct holiday. It is little observed, even by our own African American community, of course, but those that do celebrate it are wholly unaware that this faux holiday was created in 1965 by a man with a very troubled past. For Kwanzaa’s creator, Maulana Karenga, has a violent, racist criminal record, and is even a rapist who was convicted of torturing his victims. 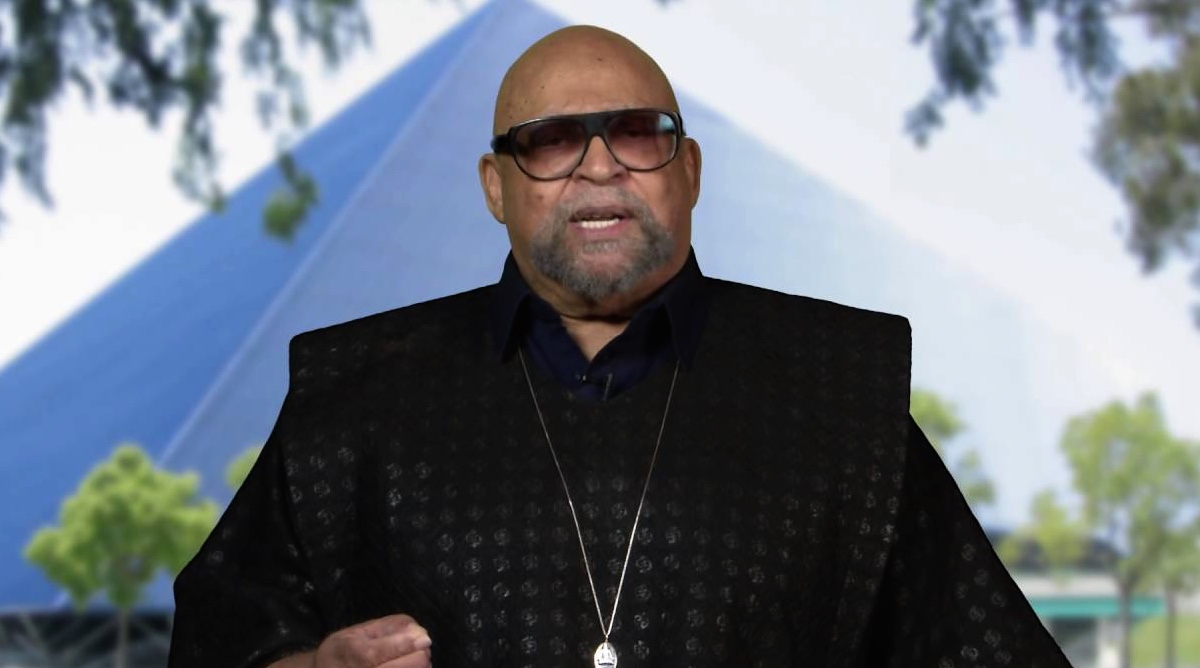 Each year we are treated to one gauzy, fluff piece after another about how great Kwanzaa is by one PC spewing columnist or the other. This year, for instance, a “scholar” who claims to study the “oppression” of blacks in America today insisted in a piece for the Associated Press that Kwanzaa is an “important” holiday that is a wondrous time for “communal self-affirmation.” Then there was 2015’s Dallas Morning News piece titled “Look forward to Kwanzaa celebrations with storytelling, music and more.” We even find such helpful sites as TeacherPlanet.com’s, “ Kwanzaa Resources for Teachers.” And last year we got the happy talk from Illinois with City Plans Kwanzaa Celebration December 26. Yes, the world is filled with celebratory lionization of Kwanzaa.

But about a half dozen years ago, the Houston Chronicle got in the act with a piece by Leslie Casimir titled “Learning about Kwanzaa from the holiday’s creator.” This one, though, was a bit different than the usual how-great-is-Kwanzaa theme because this particular piece celebrated the inventor of the faux holiday, Maulana Karenga, himself. So, instead of merely celebrating the manufactured holiday, Casimir amazingly made a hero of the rapist, race monger and violent thug who created it! To Casimir, Kwanzaa creator “Maulana Karenga” was a hero.

Or you get large public corporations like ebay selling its users on Kwanza as happened in 2014.Here is a screen shot of an ebay user’s panel where Kwanza was pushed by the online auction giant.

To further the story about how wonderful Karenga was, Casimir also found a gullible parent who, with kid in tow, went to see the great man at a local community center.

Thomasine Johnson needed to get the record straight about Kwanzaa, a cultural holiday steeped in African traditions that celebrates family, ethnic pride and community.

With her 11-year-old grandson in tow, the Missouri City interior designer on Saturday brought her video camera to S.H.A.P.E. community center to hear from Father Kwanzaa “Maulana Karenga” in the flesh.”

But just like the manufactured holiday he invented out of whole cloth, this “Maulana Karenga” is also a false front created out of fluff and nonsense. As it happens his real name is not “Maulana Karenga,” but is instead Ronald McKinley Everett, AKA Maulana Ron Karenga, AKA Maulana Karenga. We’ll soon see that subterfuge, reinvention and smoke-and-mirrors are Karenga’s stock in trade.

In her piece, Casimir gave us her version of the history of this “holiday.” And the artifice has but a short history, at that.

Created in 1966 by Karenga, a professor of black studies at California State University at Long Beach, Kwanzaa was born out of the black freedom movement of the 1960s, when the Watts riots rocked Los Angeles. It starts the day after Christmas and ends on the first day of the new year.

Interestingly, Casimir employed the euphemism “black freedom movement” to describe the ideology of the group that Ronald McKinley Everett “Karenga” belonged to when he created Kwanzaa. In the 60s, Karenga was in an organization called US (as in “us” — blacks — against “them” — whites). US was a black power militant group that he founded, one that frequently clashed in violence with police and even other black power groups. Members of his group even killed two Black Panthers in 1969.

Yes, kindly professor Maulana Karenga, the murder-touting, segregationist, racist. What a role model for the kiddies he is, eh?

Casimir seemed not to understand why people would doubt this man, though.

Still, many people don’t know much about Kwanzaa or the elusive Karenga, who shuns giving interviews to the mainstream press.

Well, it’s not surprising that he doesn’t want to give too many interviews what with his record as a violent felon, and sexual criminal. And Karenga has a long criminal record. In 1971, for instance, Everett served time in jail for assault. By then Everett had changed his name to Maulana Ron Karenga and began to affect a pseudo African costume and act the part of a native African — even though he had been born in the USA.

Ron Karenga stands outside courtroom in Los Angeles, CA in May 29, 1971. The typewritten caption on the negative’s paper wrapper reads: “Ron Karenga enters courtroom where he was found guilty on four counts. On September 17, 1971, Karenga was sentenced to one to ten years in prison on counts of felonious assault and false imprisonment.”

It wasn’t mere assault Karenga was convicted of, either. It was the sexual assault and even torture that he perpetrated against some of his own female followers. At the time, The L.A. Times reported that he placed a hot soldering iron in one woman’s mouth and used a vise to crush another’s toe, of all things.

And so this is Kwanzaa. The militant past of the creator is now ignored in favor of the so-called seven principles of Nguza Saba, principles such as unity, family and self-determination that could have come from Bill Bennett’s Book of Virtues. The word “Kwanzaa” is Swahili, meaning something like “fresh fruits of harvest.”

No one remembers the part about “re-Africanization” or the sevenfold path of blackness that Dr. Karenga once espoused. Hardly anyone remembers the shootings, the beatings, the tortures and the prison terms that were once the center of his life. It’s just not PC to bring that sort of stuff up now that Kwanzaa is commercialized and making big bucks.

But Casimir offers us Karenga’s prattle, anyway, treating it as the advice of a sage:

“As part of the black freedom movement, we were using this to return to our history and culture,” Karenga said.

He spoke to a crowd of about 100 people ” young and old ” at the Third Ward community center, headed by Deloyd Parker, an avid promoter of Kwanzaa’s Afrocentric traditions and beliefs.

“We have to wake up that history, we have to remember ourselves in a more expansive way,” Karenga said. “To liberate ourselves as ghetto dwellers.”

In a day when the black middle class numbers in the millions and when more whites than blacks voted for a black man for president, for “Karenga” to claim that blacks are still relegated to the “ghettos” smacks of race baiting and trying to “keep hope alive” so that he can continue to cause hatred between whites and blacks. And each year the Old Media is all too happy to assist him in his faux “holiday” endeavor.

But maybe not everyone is fooled by a faux holiday created by a criminal? In 2015, for instance, Kalamazoo, Michigan decided to dispense with its public Kwanzaa celebration. In fact, few cities worry over much about this holiday these days, though some still do.

Even some African Americans are not fooled into accepting Kwanzaa. As Jenice Armstrong from Philadelphia wrote in 2010, the “truth is that Kwanzaa has never caught on with the majority of black Americans.”

Of course, if it wasn’t for an Old Media establishment that has given Karenga’s criminality a wholesale whitewashing, this faux holiday could never have gained as little traction it has. Put it this way; imagine if famed Ku Klux Klan member David Duke had created a holiday. Do you think the Old Media would have happily sold his creation to a misinformed public without mentioning Duke’s personal history? Not a chance, and rightfully so.

See also, Kwanzaa- A Fake Holiday With A Racist Goal, Created By A Criminal Madman at The Lid.