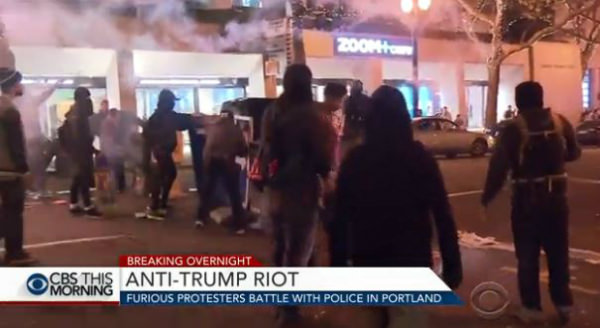 The symptoms are everywhere.

These characteristics of growing numbers of public school systems and nearly every university are indicators of the rigid intolerance of Leftist academia that now dominates our nation’s education institutions.

What is the most obvious evidence of this grotesque intolerance of any deviation from Leftist orthodoxy?

“Snowflakes” and “buttercups” incapable of handling any deviation from systemic disinformation that has robbed them of a balanced education that would teach them how to rationally cope with adversity.

Youthful intellect is stimulated by principled open debate. Intellect is not developed by baseless name-calling, “safe spaces”, coddling and banning all ideas and behavior that violate prevalent Leftist orthodoxy.

No society has ever advanced by catering to its most intolerant element. In the new millennium, the Left has become the epitome of intolerance.

The simple answer may be elusive to the legions of young indoctrinated “Millennials” who dominate the tantrum-throwing crybabies who’ve taken to streets to “protest” and riot over an election.

Those who actually work and pay taxes shed the political straightjacket in which Leftist academia and “journalists” had bound them, shouted a collective “enough!”, and elected a consummate outsider, Donald J. Trump, to “Make America Great Again”.

The election is a good thing.

The whiners are a sad reflection of the intellectually moribund state of modern academia and news media.

There is a reason the Left is so intolerant of any open debate on any subject that does not adhere to its orthodoxy.

Whenever someone insists a subject is “not open for discussion” or a group wants to ban a speaker from presenting ideas Leftist orthodoxy deems “unacceptable”, the real reason for such intolerance is the inability of the Left to appeal to reason and intellect with robust principled arguments that support their orthodoxy.

Repression of open debate is essential to the successful academic indoctrination of Leftist dogma.

Consequently, we have the Left’s creation of “political correctness” (PC) where some subjects are simply not open for discussion because the Left’s position is indefensible and must simply be accepted. The obscenity of PC creates a repressive atmosphere where alternate views are banned and intellectual growth arrested.

Consider the Left’s position on climate change as a classic example.

The reason the Left wants to advance the false narrative of human-induced climate change is to bolster a movement toward world government to “save the planet”. It’s just another globalist initiative designed to strip all real power from people, states, and nations by restricting abundant sources of relatively inexpensive energy and concentrating governing power in the hands of a self-anointed elite.

By falsely claiming consensus (“97% of climate scientists agree… “) when the claimed consensus is a complete fabrication is simply propaganda to build a following.

Willing “scientists” can always be found who will take the grant money and run with “studies” that are scientifically untenable and intellectually vacuous.

When claims of “human-caused global warming” first arose in the latter decades of the 20th century, there were a number of real debates between proponents of human-causation and cooler heads who maintained there was no evidence to suggest warming was anything other than part of a natural post-Little Ice Age climate cycle.

In every instance of these debates, those proclaiming human-causation were thoroughly defeated as audience after audience, favorable to the human-causation claim prior to debate, in post-debate polling agreed with climate realists.

The Left’s response was to never debate the subject again while arrogantly claiming “the debate is over”.

Even worse, Leftists in academia doubled-down on unsupportable proclamations of doom and gloom and proceeded to continue indoctrinating students with fear-mongering rubbish based on some magical property of “back radiation” that violates well-established laws of physics!

While not mentioned as a major initiative of the new Trump administration, removing rigid orthodox Leftists from public education throughout the system from bottom to top (elementary school through university) must become a top priority of states or our nation will continue to see its education system spiral into deep decline.

There can be no place in our education system for “safe spaces” and other childish pandering to human weakness that stifles maturation and development of student intellect and rational process needed to prepare young people for the reality that life isn’t “fair”, it isn’t “safe” and it really doesn’t care a whit what any of us might be whining about at any given moment.

Life certainly doesn’t care whether any of us like or dislike the results of a presidential election.

It’s time to identify and shun organizations funded by and taking direction from an intellectually decrepit old Leftist whose ultimate aim is to ruin our nation to the point it is dominated by a globalist Leftist elite unaccountable to the people.

Already experiencing a massive decline of their influence, the impotence of the American Leftist news-media was made abundantly clear by the utter failure of their blatantly false narratives designed to influence voters not to elect Donald J. Trump as our next president.

Their positions untenable, their behavior uncivil, and their politics obsolete and thoroughly rejected, it’s time our nation gave a swift boot to the collective behind of the intolerant Left.